Lauletta: The night it rained at Rutgers 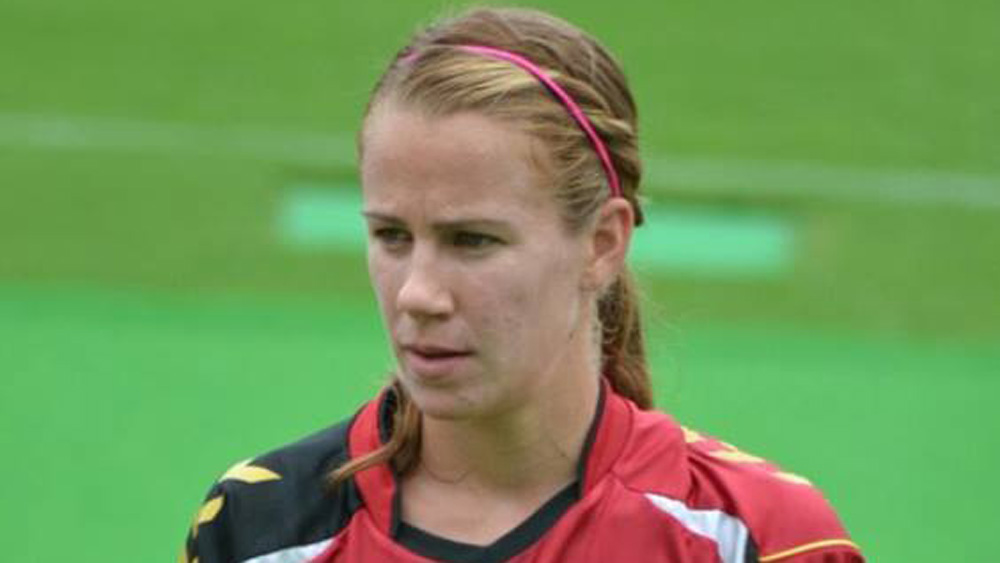 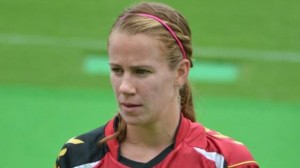 Beverly Goebel scored her first NWSL goal on Wednesday in a game destined to be remembered for the torrential downpour throughout.

Wednesday night was a unique one in the NWSL. At least that is what anyone who was at Yurcak Field would like to believe. Seattle Reign FC found two new goalscorers—Nahomi Kawasumi and Beverly Goebel—in a 2-0 win over Sky Blue FC. But the story on the night was the weather.

“A lot of us were talking and I don’t think a lot of us had ever played in weather like that before,” Goebel said. “I kept trying to think back to my younger years and I couldn’t think of a time that I’ve ever played in anything like that.”

Sometimes it rains at soccer games. Sometimes it is cold. And sometimes it is windy. Wednesday was a cruel crossing of all three. From the time the Reign bus rolled in around 5:30 p.m.e until players and staff hightailed it back to the bus after the final whistle, there was an unrelenting, torrential downpour accompanied by chilly temperatures made to feel freezing by a biting wind. The conditions for soccer were as poor as most people could remember.

“It was just non-stop, pouring rain like a shower head almost. That’s what it felt like,” Goebel said.

The announced crowd of 775 stands as one of the smallest in NWSL history, and in reality there were far fewer than that inside the gates. One group arrived early, set up a tailgate, and then abandoned the idea after their tent was blown away by the storm.

For those who stuck it out though it will be an experience worth remembering. One fan went to the game for her sister’s birthday present and reported that her sister’s favorite player, Sydney Leroux, stopped to sign an autograph before getting out of the rain.

Another fan, Ashley Koehler, said she was thinking of skipping it until she arrived home from work to find her husband packing up towels and umbrellas. “I thought, alright we’re going to be die-hard fans today,” she said. “The parking lot was really muddy and I was soaking wet by the time I got to my seat. I turned to my husband and told him we were insane.”

Both coaches had praise for the fans who did come to the game. “It’s a real testament to some hardcore fans and some people who are really interested in supporting the women’s game,” Sky Blue coach Jim Gabarra said. Gabarra added that he dressed in several layers and was warm on the bench where others seemed cold.

“I think it’s one of the most extreme weather conditions I’ve been involved in in the game,” Reign coach Laura Harvey said after watching her team improve to 4-0-0. “I felt for the fans because there was no cover. Credit to everyone who came out and watched the game. It shows how much people want to watch women’s soccer. Even the fact that however many people were there were there, that shows commitment. It wasn’t great to stand there, I’m not going to lie.”

Harvey added that she would have attended the match either as a fan to watch her favorite team or as a coach on a scouting mission. Gabarra indicated he would have stayed home and watched the webcast. Another aspect they agreed on was that the much renowned pitch on the Rutgers campus handled the rain with little issue.

“It was actually a pretty good game. You probably had to be there to see how bad it really was. The field held up pretty well. Credit to Yurcak Field for holding up the water and draining the water and both teams for fighting through and putting on a good product.”

An NWSL spokesperson said that Sky Blue was on top of the weather situation and that with the field in good shape and no lightning in the area, there was no danger to the players or fans and thus no real consideration for not postponing the match.

That the match went on worked out better for the Reign than Sky Blue. The Reign remained perfect while Sky Blue slipped to 0-2-2 and went to bed as the only winless side in NWSL. For his part, Gabarra is sticking with his patented patience.

“We’re still kind of waiting for our final piece which is our attack to become a little more dangerous and get more chances on goal.”

The Reign on the other hand got their first goals from Goebel and Kawasumi and now have 10 goals scored by seven different players, none of whom is Sydney Leroux.

As for the rainy night at Yurcak, there may not have been many there to witness it, but no one who was will soon forget it.

“At the end of the night we were glad we went,” Koehler said. “It was cold but it was a great experience to stick it out and cheer for a team we love.”