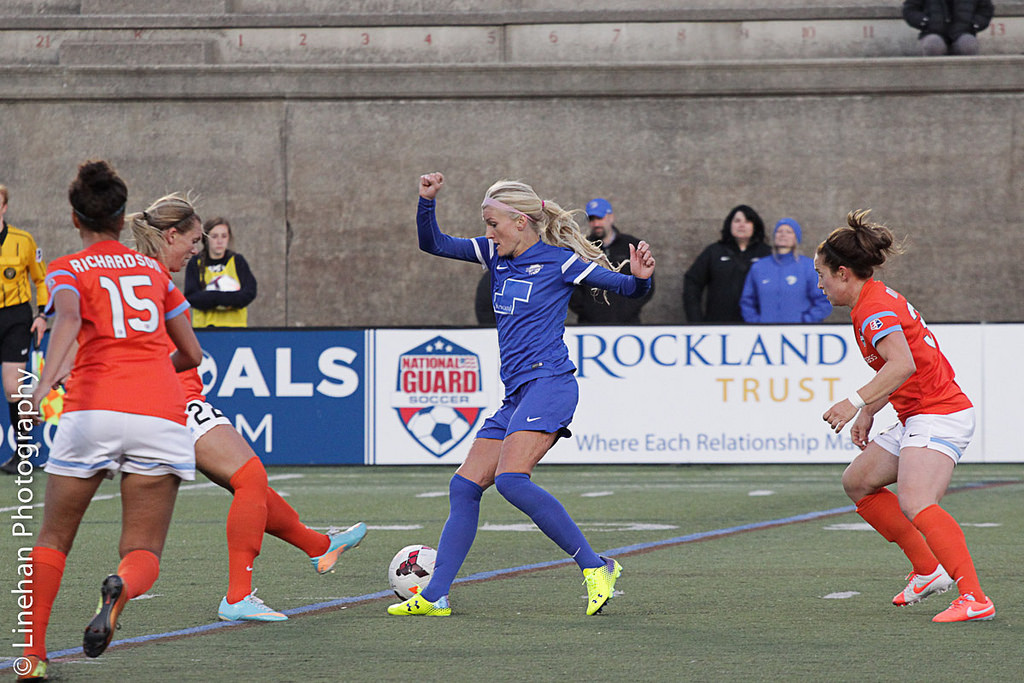 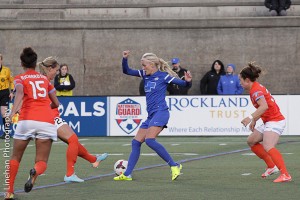 Kaylyn Kyle (center) has been traded to the Houston Dash. (Photo Copyright Clark Linehan for The Equalizer)

The Boston Breakers have traded midfielder Kaylyn Kyle to the Houston Dash in exchange for defender/midfielder Nikki Washington.

Kyle was mysteriously unavailable for Boston’s 3-2 win over Sky Blue FC on Sunday, although she was not injured.

Washington started all three games for the Dash thus far this season, featuring as a left back. She registered a goal and two assists last season with the championship-winning Portland Thorns FC. Washington previously played for the Breakers in 2011, the final season of WPS.

“We are excited to be bringing Nikki to Boston. We know what she brings as a player, and we know she can make an immediate impact for us,” Breakers general manager Lee Billiard said. “The Breakers organization would like to thank Kaylyn for her contributions, and we wish her all the best in Houston.”

Kyle, 25, started the first two games of the year for Boston and started 19 of 22 games for Seattle Reign FC last season, scoring three goals. She has 79 caps for Canada.

“Kaylyn is clearly going to make our team better. She has all the qualities I’m looking for in a central midfield player,” Dash head coach Randy Waldrum said. “She has great vision, she’s technical and composed with the ball, she’s tough and brings a physical presence to our midfield. She has a wealth of experience that our young team needs. I’m really excited to have Kaylyn become part of the Dash family.”