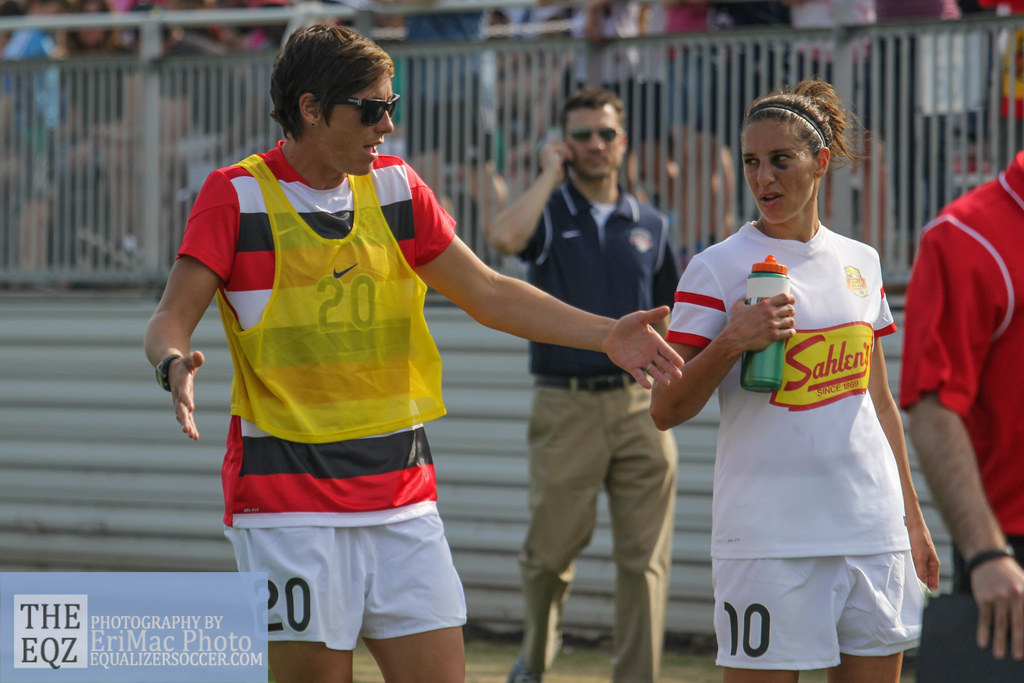 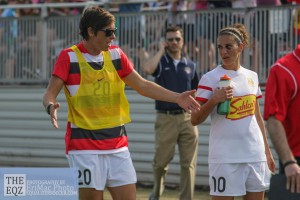 Abby Wambach will debut for the Flash on Saturday, but Carli Lloyd is suspended. (Photo Copyright Erica McCaulley for The Equalizer)

Abby Wambach has been medically cleared to make her 2014 NWSL debut, the Western New York Flash announced on Tuesday.

Wambach fractured her left orbital bone during the U.S. women’s national team’s victory over China on April 10 and missed the Flash’s first two games of the season, a win over the Washington Spirit and a loss to the Chicago Red Stars. Wambach tallied 11 goals and eight assists in 2013, good for second-best in the league in both categories.

The Flash host Portland Thorns FC on Saturday in their home opener, which will double as a rematch of the 2013 championship game which Portland won at Sahlen’s Stadium. Western New York hasn’t played since that April 19 loss to Chicago.

Carli Lloyd will miss the next two games in which she is available for selection after being retroactively suspended for “excessive force” against Red Stars midfielder Vanessa DiBernardo on April 19. Flash coach Aaran Lines said he wasn’t aware the foul was under review until he received an email on Saturday that Lloyd was suspended.

Forward Megan Rapinoe hasn’t featured for Seattle Reign FC since scoring in their 3-0 season-opening win over the Boston Breakers on April 13. She has battled a left foot contusion and missed the last two games, though she was available for selection. She is officially listed as out for Seattle’s game Wednesday at Sky Blue FC, and she did not make the trip east, ruling her out of Saturday’s match against the Washington Spirit.

Rapinoe’s kick-out on Jazmyne Avant on April 13 has come under scrutiny in light of Lloyd’s suspension.