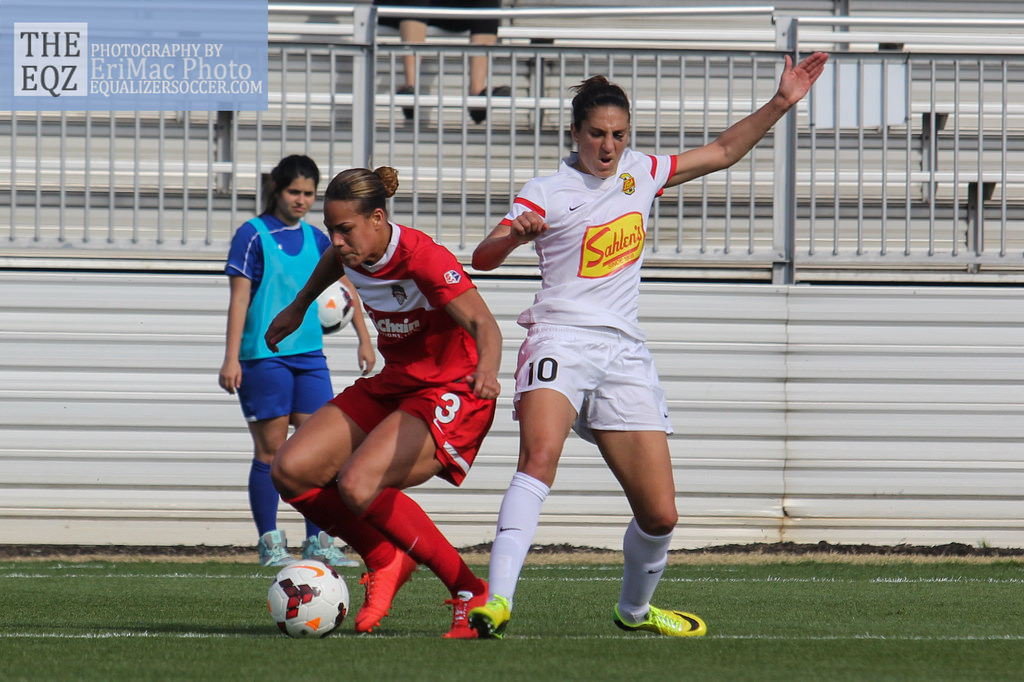 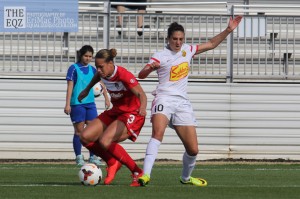 Lloyd appeared to strike DiBernardo in the face in first-half stoppage time after tugging on the Red Stars rookie’s jersey, as seen in this GIF. Officially, Lloyd is suspended “for use of excessive force,” according to an NWSL press release.

Lloyd’s foul can be seen in live time around the 49:18 mark of the full replay:

“My action in the game against the Chicago Red Stars was not acceptable and is inexcusable,” Lloyd said in a release. “I am very disappointed in myself and this is a lesson I will learn from. I want to apologize to Vanessa, the Red Stars, my teammates, the WNY Flash organization and the NWSL fans.”

Lloyd will miss the next two games in which she is available to play. The Flash host Portland Thorns FC on Saturday and next play after that on May 7 at home vs. FC Kansas City. Lloyd, however, will likely be with the U.S. national team for a friendly vs. Canada on May 8 in Winnipeg, so the suspension would carry over to a May 11 home game against Sky Blue FC.