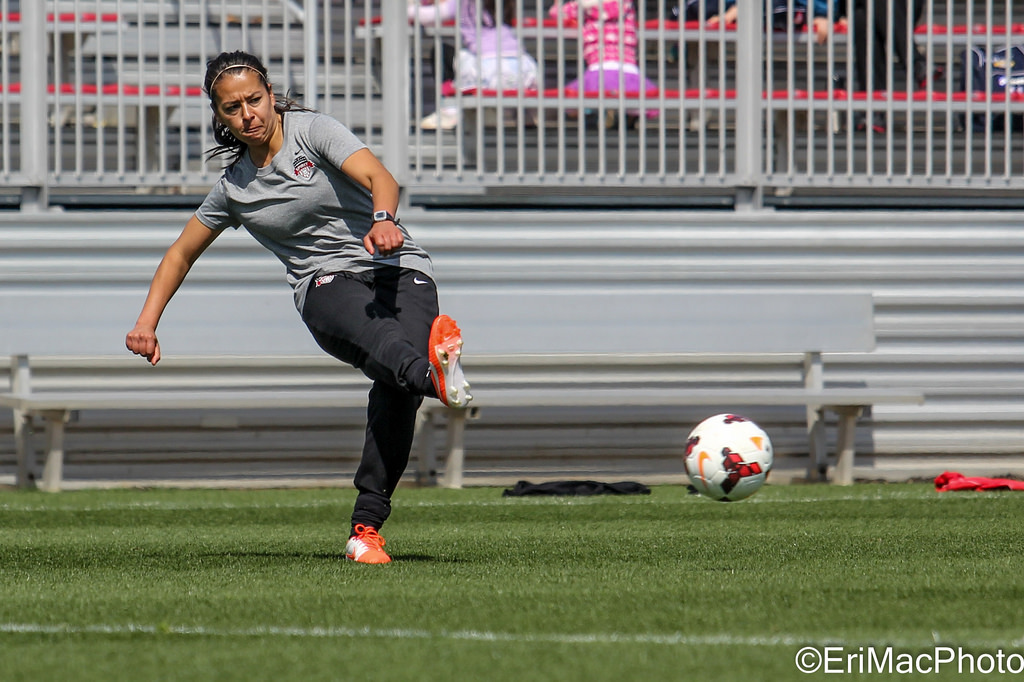 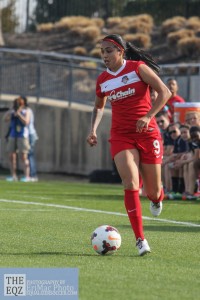 When Renae Cuellar, Veronica Perez and Bianca Sierra stepped on the field for the Mexican women’s national team last September to play the U.S. in Washington, D.C., the three players had no idea they would return to the area a few months later as club teammates.
Cuellar, a forward, was the first of the trio acquired by the Washington Spirit last October.

About a week before preseason, Veronica Perez was added via a trade with the Western New Flash, and Bianca Sierra, an undrafted rookie from Auburn, earned a spot on the team’s final roster.

The Spirit’s three Mexican internationals are the most of any NWSL team. The Houston Dash boast two — Ari Romero and Teresea Noyola — but all other NWSL teams max out at one and a couple currently have none.

“Obviously, we have a connection knowing how each other plays (after) spending so many years playing together and it’s very good, especially with World Cup Qualifiers coming up. This is a big year for us,“ Cuellar said about playing with two of her Mexico teammates.

With Canada hosting next year’s World Cup, Mexico and the United States will likely punch a ticket to the World Cup in the CONCACAF qualifying tournament in October. The Mexican women’s program has already seen considerable success in 2014 as their U-17 team advanced to the knockout stage of the World Cup in Costa Rica last month.

Perez was actually in Costa Rica during the U-17 World Cup attending a FIFA coaching course for the development of women’s soccer in Central America. As part of the course, she analyzed 12 of the 14 group stage matches. Perez, or “V Magic” as she’s sometimes called, is interested in pursuing a coaching career when her playing days are over. But for the immediate future, she’s focused on playing with the Spirit.

“I love our playing style,” Perez said about the Spirit. “We try to combine a lot. We move gradually up the field. A lot of combinations… I mean, we can’t just run anywhere we want but I think it’s nice we’re allowed to be creative just as long as someone knows they have to cover for us.”

A few weeks ago, Perez and Sierra stayed up late to watch Mexico’s men’s national team play the United States in an international friendly. Perez got a little too excited when Mexico scored two goals in the second half to tie the game. 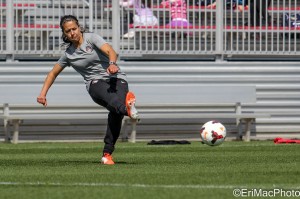 Veronica Perez was acquired by the Spirit in a preseason trade with the Flash. (Photo Copyright Erica McCaulley for The Equalizer)

“(W)hen they scored that second goal I went crazy. I was like ‘Yeah!!!’ And then I forgot that it was probably like (midnight) and then I screamed really loud and I woke up my mom,” Perez said.

Things could get interesting this summer when Mexico plays in the men’s World Cup.

Washington head coach Mark Parsons admitted he only envisioned one rookie, Crystal Dunn, making the team this year. But he said Sierra “surprised the heck out of us.” Parsons also concedes that he got lucky with Sierra, whom he initially found out about when she emailed him her resume.

“She was fighting with 9 or 10 other players when she came in at the beginning of preseason. Every single day, every single week, she’s just kicking the crap out of people and working hard tactically. She’s grabbed things. Her focus is great. She’s got the heart of the lion,” Parsons said when her signing was announced. 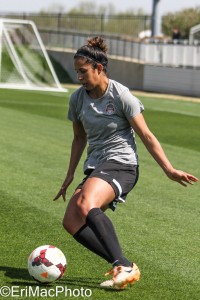 Sierra, a three-year starter at Auburn, adds much needed depth on defense. She can play any of the backline positions. She’s also capable of man-marking in the midfield if the game calls for it.

“I feel comfortable at both. I love being on the outside, I get to run and do my thing and then I love locking it down at center. Whichever they need,” Sierra said when asked where she prefers to play. She’s already seen action at both right back and left back.

Rounding out the Mexican trio is Cuellar, who scored five goals in NWSL play last season. She’s one of several pieces Parsons has brought in to revitalize the league’s worst offense a season ago.

“My goal definitely is not only to produce, obviously contribute in any way I can…I definitely want to come in knowing that they didn’t score too many goals and definitely be a game-changer and put the ball in the back of the net,” Cuellar said.

The Spirit’s Mexican internationals look to not only help their club, but grow together to boost their national team as well.