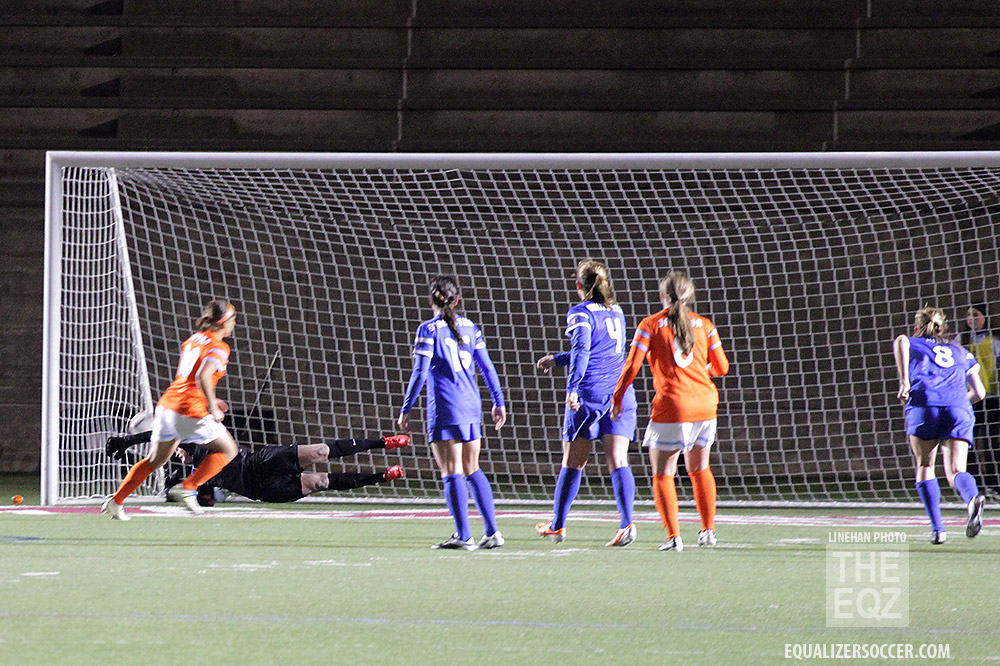 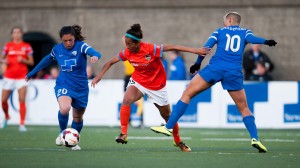 Teresa Noyola scored a brace in the final ten minutes to give the Houston Dash their first win in franchise history, a 3-2 victory over the Boston Breakers.

Both clubs came into the match looking to notch their first goals of the season after being held scoreless in their season-openers. Houston and Boston found success on the offensive side of the ball but lapses in judgment by the defenses cost each team.

Once again, the Dash appeared a bit nervous at the start of the match and this time their opponent was able to take advantage. Lisa De Vanna played in Heather O’Reilly and the midfielder scored on her own rebound in the 1st minute. Houston had difficulty dealing with Boston’s speedy attack lead by O’Reilly, De Vanna and Lianne Sanderson. 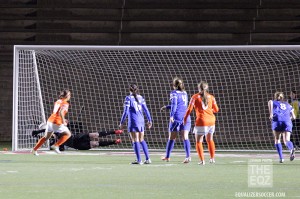 As the half wore on, the Dash appeared more comfortable and generated more opportunities. Holly Hein nearly had the equalizer for the Dash in the 44th minute. Hein headed on a free kick from Nikki Washington, but Kaylyn Kyle made an impressive save on the line.

Early in the second half, Ella Masar notched Houston’s first goal in team history. McCarty hit a powerful shot which was saved by Boston goalkeeper Alyssa Naeher, but Masar pounced on the rebound for the equalizer.

Twenty minutes later, Lohman scored the Breakers’ second goal off a beautiful cross into the box from O’Reilly. Lohman headed the cross past Dash keeper Erin McLeod, and it looked like Boston could return to Harvard Stadium for the first time in three years as winners.

But Houston found another equalizer in the 81st minute. Noyola rocketed a shot past a fully extended Naeher from the top of the box after Raefelle Souza’s fancy dribbling, and just minutes later, the Dash took the lead off a penalty kick. Defender Courtney Jones was called for a foul in the box on Souza. Noyola stepped up to the spot and converted the kick for a 3-2 win.

When Souza and Noyola came in, the game changed dramatically. Noyola scored a quick brace to give the Dash their first win in franchise history. Souza earned the penalty kick which was the game-winner, finished by Noyola. Souza’s efforts were particularly impressive considering she’s still in school and was flown up to Boston for the game.

Heather O’Reilly had a standout game for the Breakers, notching both a goal and an assist. She would have been the story of the match if not for Noyola’s game changing efforts.

Gulati: Decision on US women’s coach by mid-May
WATCH: Highlights of all four NWSL Week 2 games