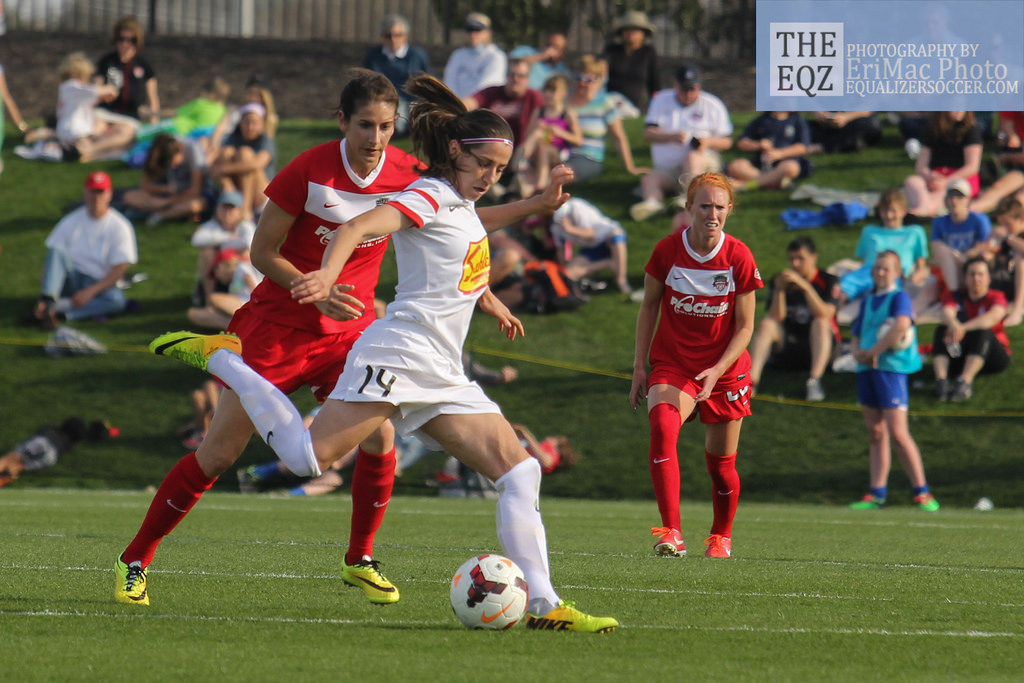 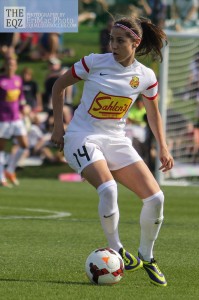 Vicky Losada scored twice and added an assist in her NWSL debut for the Flash. (Copyright EriMac Photo for The Equalizer)

Spanish international Vicky Losada dazzled in her NWSL debut, notching two goals and an assist for the Western New York Flash in a 3-1 win over the Washington Spirit on Saturday.

Both the Spirit and the Flash had to deal with the absence of significant offensive players. It was announced Sunday morning that Abby Wambach would sit for the Flash due to a broken bone under her left eye, while both Tiffany Weimer and Danesha Adams were unavailable for the Spirit.

Losada’s first goal came in the 15th min on a long distance shot from about 35 yards out. The shot hit Ashlyn Harris’ gloves but Harris didn’t get enough of the ball to keep it out.

Early in the second half, Christine Nairn helped tied it up from the Spirit on corner kick when the ball hit Flash defender Amy Barczuk and went in. The game wouldn’t stay tied for long, however. Western New York defender Brittany Taylor knocked Losada’s free kick into the net in the 54th to give the Flash the lead once more. Losada added an insurance goal in the 67th off a ball from Adrianna Martin.

The first half was fairly even. Possession was divided between the two teams and both had exactly one shot on goal. After Taylor scored the second goal, the Spirit’s mentality seemed to change, and the Flash took over the game.

“We’ve got so much ability and quality,” Spirit coach Mark Parsons sad. “We can break anyone down and stop anyone but when people don’t believe it and then their body language shows it, I’m not going to be happy at all… When things are going well, and you don’t believe, you go back to bad habits.”

Before the game, not many people Stateside knew Vicky Losada but she definitely turned heads in her NWSL debut. With two goals and an assist in Sunday’s game, Losada is both the highest points earner on the weekend and the biggest breakout star.

“She exceeded the expectations that we had there coming in for her debut from a game in Macedonia less than 3 days ago…we hope we can find a way to see her continue in that form,” Flash head coach Aaran Lines said of Losada.