Now healthy, Stengel gets first look at senior US camp 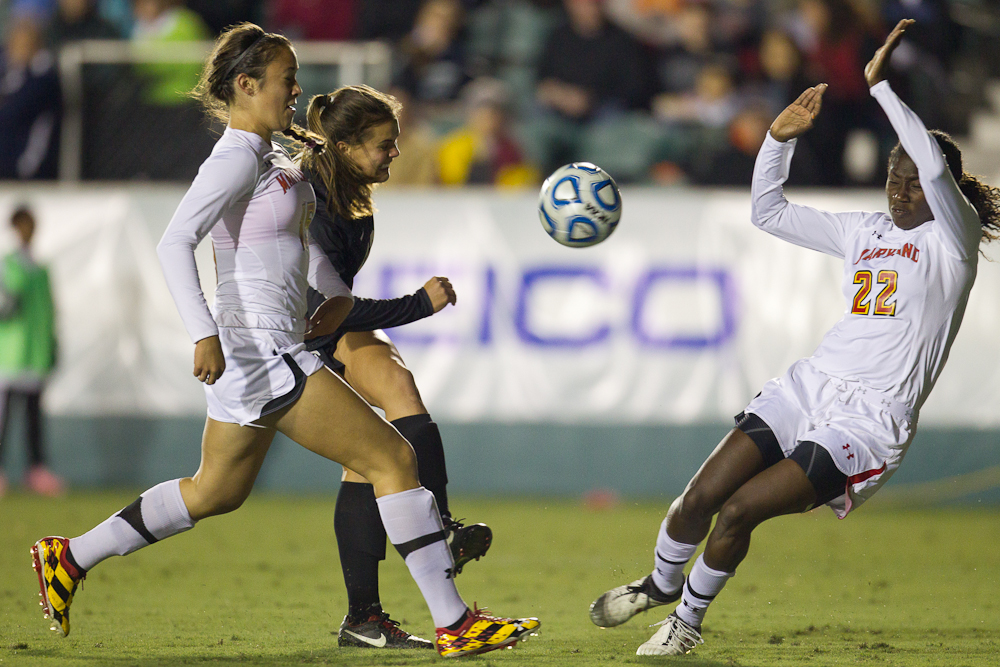 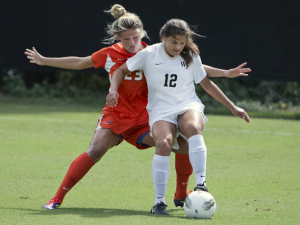 Katie Stengel (right) is healthy and in the U.S. senior camp after blood clots in October.

It was early October 2013 when Katie Stengel felt pain in the back of her leg. Her team, Wake Forest, had just returned from a road trip that ended with a 1-1 extra time tie against Notre Dame in South Bend, Indiana, and the Demon Deacons were 9-2-2.

But the pain didn’t go away.

Stengel, a college senior, had an ultrasound performed, and doctors discovered she had blood clots. She was prescribed blood thinners and although she could train on her own, she couldn’t participate in any contact drills or matches. Her illustrious college career was over.

“I was very depressed when it first happened and heartbroken how quickly my college career ended and how I couldn’t help my team, Wake, get as far as we could have,” said Stengel, who is Wake Forest’s all-time leading scorer with 50 goals. “Now, looking back, I think it makes me appreciate my opportunities more, knowing that it could be taken without any kind of warning.”

Fast-forward six months, and Stengel is healthy, playing, and she’s in her first senior U.S. training camp ahead of Sunday’s match outside Denver against China. The call-up came in wake of Stengel’s strong showing at the Six Nations Tournament in La Manga, Spain, where she scored the title-clinching goal.

“It was a recommendation on the basis of her recent performance with the Under-23 squad,” U.S. coach Tom Sermanni said of her senior team call-up. “Due to her injury setbacks, I haven’t had the chance to really see her, but this event was a good time to bring her in and see how she performs among the full national team players. Her call-up I think shows the value of the system of increased integration between the youth national teams and the full team.”

That recommendation came from U.S. U-23 coach Steve Swanson, a testament to the ability for players to advance up the pyramid.

Stengel will only be with the team through Sunday’s game and won’t continue on to San Diego, where the U.S. will play China again on Thursday. But she isn’t even concerned about making Sunday’s gameday roster as much as she is simply bettering herself through the experience.

“I don’t just want to go through the motions to be here, but actually make a name for myself, separate myself and prove that I can compete at this level,” Stengel said from Denver. “Going to each training session, each meeting trying to learn as much as I can and just appreciating the opportunity to play with such great players.”

Stengel is the only non-college eligible player in camp who won’t play in the National Women’s Soccer League at some point this season. She chose to forego the draft, along with former Wake Forest teammate and goalkeeper Aubrey Bledsoe, in order to finish school in May and then play with the LA Blues – formerly named Pali Blues – the defending champions and one of the USL W-League’s most dominant teams.

Stengel plans to play there for the short season and then find a European club to settle down with in the summer transfer window.

“I’ll go play in LA and get all kinds of good training experience over the summer with a great team in a great location, then hopefully wherever I end up in Europe works out so I can play there for a year or two,” she said.

Blues manager Charlie Naimo calls Stengel a “complete package” and thinks she will be an asset to the United States in the future.

“It’s a very competitive front line that we’ve got in the U.S., but I think that she brings something different with her ability to play back to goal,” Naimo said. “I’m not so sure that we have anybody right now – besides Cheney (Holiday), who doesn’t even play there anymore – that’s a really good back-to-goal on this (U.S.) team.”

Stengel has to take some extra precautions when traveling – compression shorts, standing up to keep blood flowing – but she says she feels fine, with no lingering effects from her blood clots.

Thorns send Williamson, Wetzel, pick to Flash for Huffman, player to be named
US women top China 2-0 before losing Sermanni