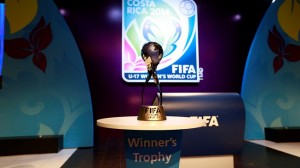 Japan and Spain are through to the U-17 Women’s World Cup final after victories in Monday’s semifinals.

Japan advanced to Friday’s final with a 4-1 victory over Venezuela and Spain defeated Italy 2-0 to earn a second meeting of the tournament in the final. Japan defeated Spain 2-0 in the group stage.

Fuka Nagano opened the scoring for Japan against Venezuela in the 13th minute and Nana Ichise doubled the lead 20 minutes later. Rikako Kobayashi and Hina Sugita each scored in the second half to ice the game.

Venezuela’s Deyna Castellanos scored in the 92nd minute to give her team a consolation goal and keep hold of her place as the tournament’s top goal scorer. Castellanos is just 14 years old and has six goals in five games this tournament, serving as the catalyst of a Venezuela team that surprised everyone by reaching the semifinals.

Controversy surrounded the second semifinal, as Spain scored both goals from the penalty spot. Sandra Hernandez finished the first PK in the 48th minute and Nahikari Garcia tucked in the second PK in the 81st minute. Italy was called for a handball on the first occasion despite the defender’s arms being tucked into her chest, and the second penalty was called after what looked like a clean tackle by Nicole Peressotti.