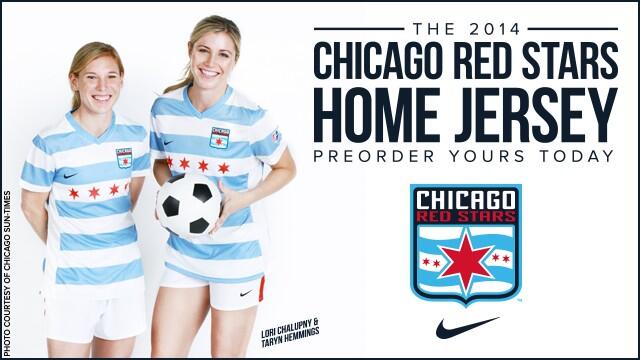 That’s all that needs to be said. In the dull world of NWSL jerseys, where solid blocks of blue and red are the norm, the Chicago Red Stars unveiled the most unique NWSL jersey to date on Sunday: A sky blue and white, horizontally striped jersey that mimics the look of the recent U.S. women’s national team jersey and shows off the four red stars on the Chicago city flag.

Chicago is only the second team to officially unveil their 2014 uniforms, joining Houston. Seven other teams still need to roll out their kits, but Chicago’s will be tough to top.

The Red Stars are selling the jerseys here.