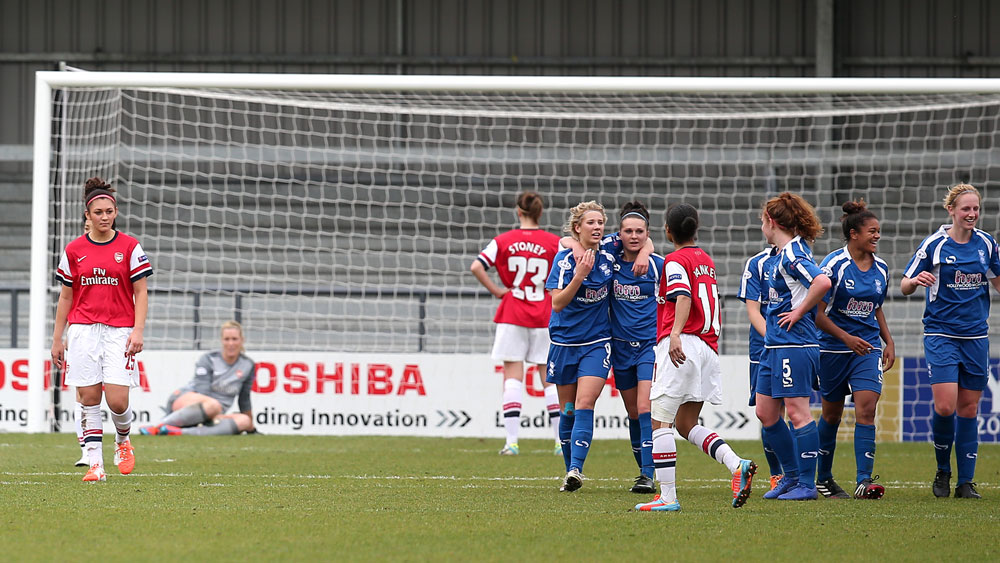 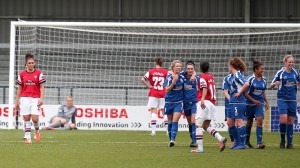 A pair of first half goals on Sunday lifted Birmingham City past Arsenal and into the UEFA Women’s Champions League semifinals.

Kirsty Linnett and Remi Allen scored to lift Birmingham to a 2-0 win in London and a 3-0 aggregate victory over the Gunners. Next up for Birmingham is a two-leg semifinal meeting with Sweden’s Tyresö FF in late April. Linnett opened the scoring in the 25th minute and Allen added the second goal of the game and third of the series seven minutes later.

Tyresö qualified for the next round after an 8-0 aggregate win over Austria’s SV Neulengbach.

FFC Turbine Potsdam and defending champion VfL Wolfsburg also took care of business to setup an all-German semifinal on the other side of the bracket. Potsdam entered Sunday with an insurmountable 8-0 aggregate lead over Italy’s Torres CF and added four goals in Leg 2 for a 12-1 aggregate whooping of Torres. Ada Hegerberg scored twice off the bench on Sunday.

Meanwhile, title holders Wolfsburg went to Barcelona with a 3-0 advantage from last weekend and added goals from Martina Müller and Nadine Kessler for a 5-0 aggregate victory.

The two-leg semifinals will take place April 19/20 and April 26/27. The final takes place on Thursday, May 22 at the Estádio do Restelo in Lisbon.