Rapinoe in preseason a welcome sight for Reign 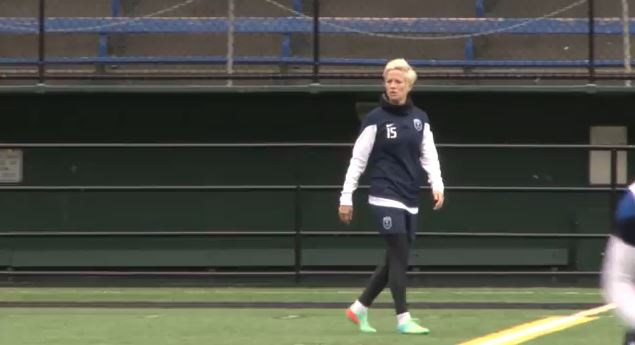 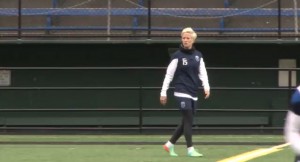 Megan Rapinoe is in her first preseason camp with Seattle Reign FC.

Megan Rapinoe had her first full day of training this season with Seattle Reign FC on Tuesday, which is a welcomed sight for the club.

Head coach Laura Harvey had to wait until mid-season — when the team was woeful, winless and already out of the playoff hunt at 0-9-1 — to get Rapinoe from Lyon in 2013. As previously written, Rapinoe’s inclusion with Seattle for the entire 2014 season is another piece of the Reign rebuild that has many calling for the title to make its way from the Rose City up the I-5 to the Emerald City.

That will require all the new pieces to click, and there are plenty of additions — Sydney Leroux, Beverly Goebel and Rapinoe on the front line, Kim Little and Jessica Fishlock holding down the midfield, Hope Solo in net. The questions that remains are in the back, but the expectations are high in Seattle.

Rapinoe’s inclusion in the squad from March straight through August is a massive coup for the club and the NWSL. Reign FC checked in with her on Tuesday during her first training of the year with the club, now 10 days into preseason: