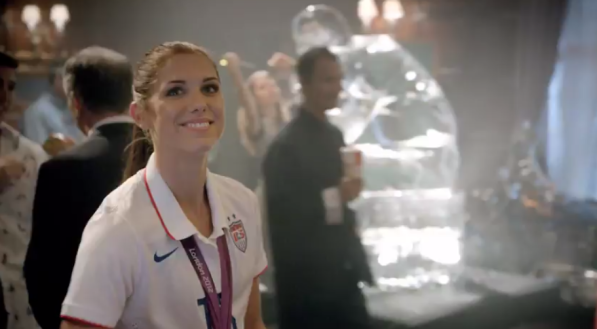 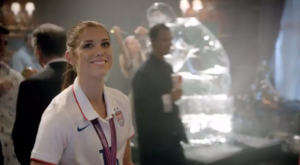 Alex Morgan in the new U.S. jersey -- and the new McDonald's commerical.

Stop us if you’ve heard this before: Alex Morgan’s celebrity stock continues to rise.

She’s one of Nike’s top athletes, a spokeswoman for ChapStick and endorser of Coca-Cola. She does Bridgestone tire commercials and she has her own children’s books. With endorsements, Morgan is estimated to make over $1 million per year.

The attention-loving Johnny Manziel, who has proven a lot on the collegiate level but seems a bit out of place in the theme of a ‘winners’ club’ setting McDonald’s depicts in the commercial, is also in the spot.

But what’s cooler than the face of U.S. women’s soccer welcoming LeBron to the house of champions? 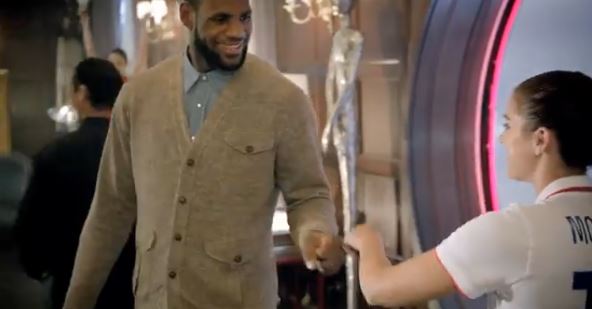