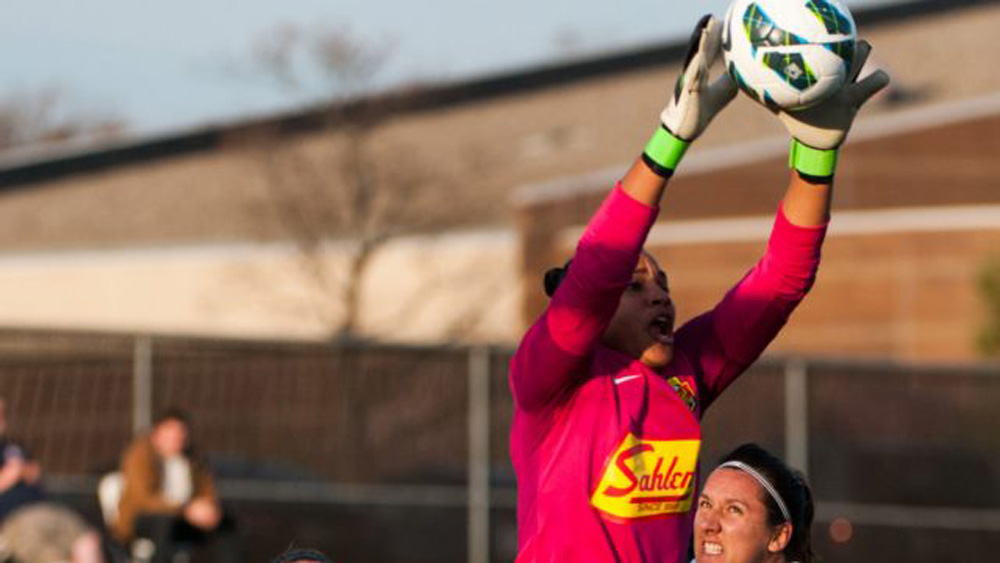 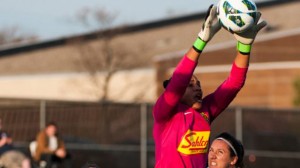 Adrianna Franch's season is over before it began. The second-year keeper tore her ACL and will have season-ending surgery.

The Western New York Flash will be without Adrianna Franch for the 2014 season after the second-year goalkeeper suffered a torn right ACL during the first week of preseason.

“This is obviously devastating news, especially after the tremendous first season AD had with us last year,” Flash general manager and head coach Aaran Lines said.

Franch was the 6th overall pick in the 2013 NWSL Draft and started all 22 matches for the Flash plus both playoff games.  Along the way she compiled a record of 10-4-8 with a league-best 0.91 goals against average.  Franch, an Oklamoma State graduate, also led the league in saves and posted seven clean sheets plus another in the semifinal against Sky Blue.

“She’s a very talented young player with great potential,” Lines’ statement continued.  “We wish her a successful surgery and a quick and healthy recovery so she can return to the field with us.”

Said Franch:  “Any player would be sad about a season-ending injury and I, of course, am sad that I will be missing this season.  I wish the Flash the best of luck this year and I will do all I can to return to the field even stronger in 2015.”

Soccer-wise, the injury to Franch leaves Lines in a bit of a conundrum.  The only other keeper listed on last week’s preseason roster was Kelsey Wys, a rookie who was taken 18th overall out of Florida State.  The Flash announced on Monday that they have added goalkeeper Arianna Criscione, previously of Torres CF in Italy, in light of Franch’s injury. Last year’s backup, Pamela Tajonar, was not re-allocated by Mexico and is not currently with any NWSL club.