Germany fights back, draw Canada at U-17 WWC 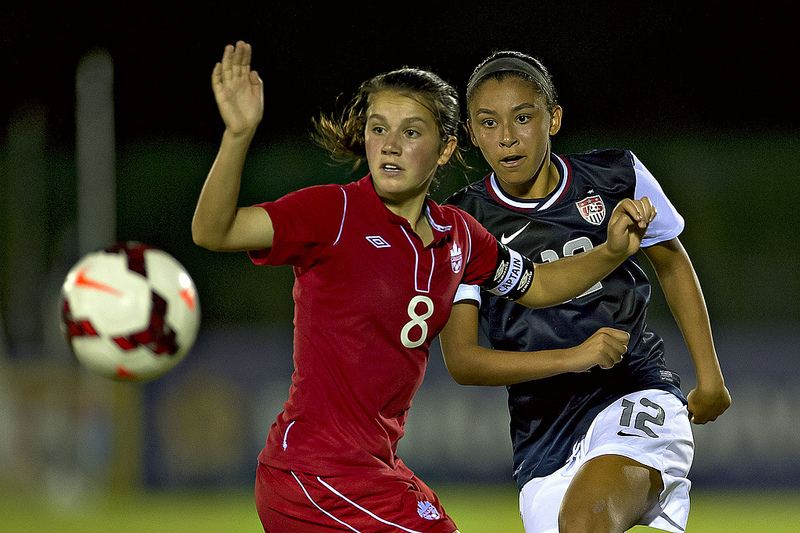 Germany fought back for a 2-2 draw with Canada in a critical Group B game on the first day of the 2014 FIFA U-17 Women’s World Cup.

Nina Ehegoetz and Kim Fellhauer scored three minutes apart, in the 65th and 68th minutes, respectively, to draw level with Canada after the North American side went into halftime up 2-0. Wunderkind Jessie Fleming, who has already appeared for the senior national team, gave Canada the lead in the 3rd minute with a brilliant curling free kick and Marie Levasseur doubled the lead in the 44th minute after a goalkeeping error.

But Germany equalized with a strong second half, setting up a wild Group B. Ghana defeated North Korea 2-0 in the other Group B match on Saturday. The group features three of the top four teams from the 2012 edition of the tournament. France won the last U-17 Women’s World Cup, but did not qualify for this one.

In Group A, Costa Rica kicked off their home campaign with a 3-0 loss to Venezuela, but Las Ticas played with pride in front of a vibrant 34,453 fans at the National Stadium in San Jose. Deyna Castellanos scored twice and Lourdes Moreno added another — all in the second half — for Venezuela.

New Zealand faces Paraguay and Spain takes on Japan in Group C action on Sunday, while Group D kicks off with Mexico against Colombia and China vs. Nigeria.