Acevedo could fill in for Morgan; Dash taking shape 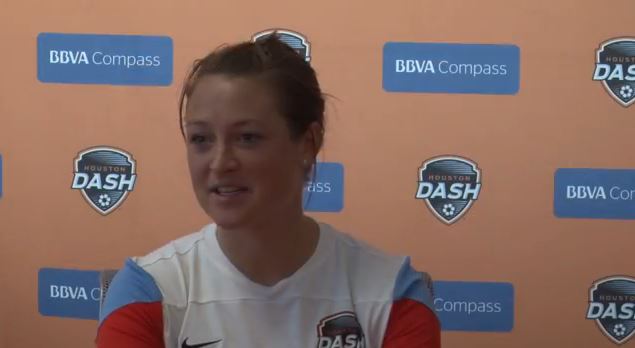 National Women’s Soccer League preseason officially began for all nine clubs on Monday, and the kickoff to the 2014 season is now just a month away. All nine club’s rosters can be found here. Those include all trialists trying to crack a roster spot, except for Portland Thorns FC, who did not reveal any players beyond those drafted or already under contract.

The Thorns continue to operate without the services of U.S. striker Alex Morgan, who has considerable recovery left — there is not even a timetable — on a stress reaction in her left ankle. So with Danielle Foxhoven shipped north to Seattle this offseason, who could fill in alongside Christine Sinclair in the interim?

Mexico forward Jackie Acevedo could have her opportunity, the Oregonian’s Jamie Goldberg reports.

“I love her,” Thorns coach Paul Riley said of Acevedo. “I hadn’t seen much of her, just game tape. But just to see her with our kids – she’s good, she’s sharp, she’s got a good brain on her, she moves well off the ball and she’s crafty around the net.”

This Houston Dash video is about a month old, but it does give some relevant insight into how Randy Waldrum plans to set up his team.  Have a look below at the shot of the team’s whiteboard, featuring what looks like a plan to play a 3-5-2, anchored by Whitney Engen at center back and Brittany Bock, Becky Edwards and Teresa Noyola in the center of the park. Houston’s midfield is stacked as expected, but the Dash will need to figure out where goals are going to come from: 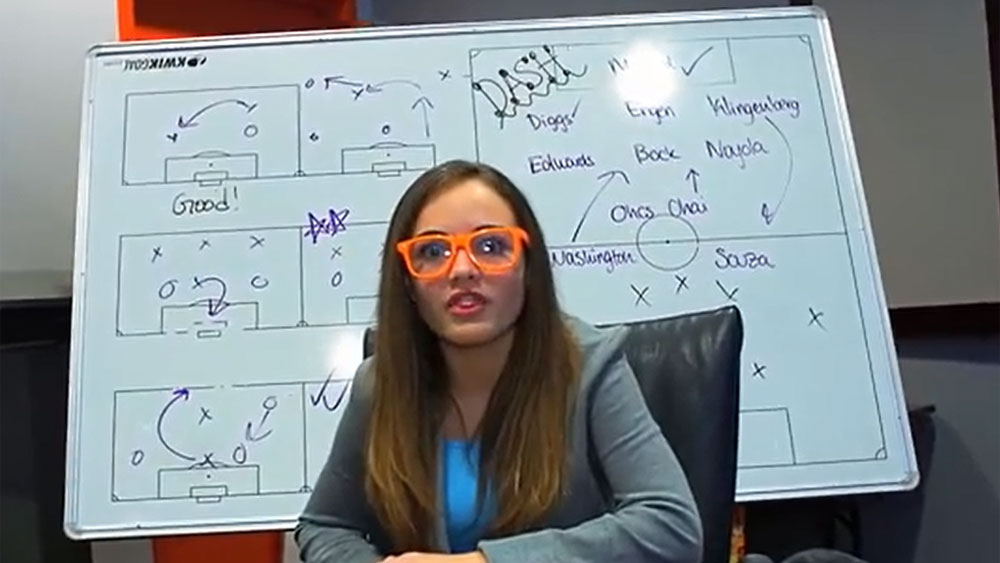 Then again, maybe that is just there to throw everybody off.