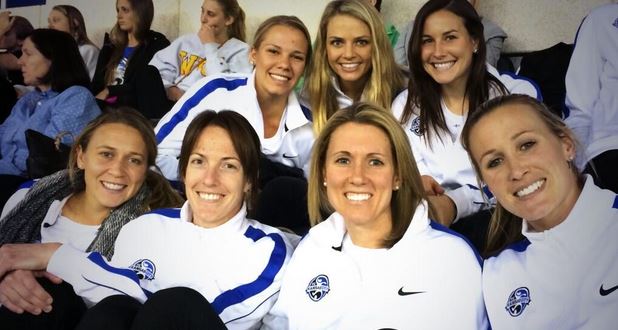 Monday is officially the first day of the NWSL preseason, marking just over a month until the 2014 campaign gets underway. Roster information is limited, but some news has trickled in and we’ll keep hunting down more as things develop. Here’s the latest on the eve of preseason:

Firstly, we’ll remind you that it has been over six months since Portland Thorns FC won the first NWSL title. The offseason is extremely long and challenging — on and off the field — for players.

The Chicago Red Stars announced that Casey Short and Lydia Vandenbergh are out for the year, and most interestingly noted that Lindsay Tarpley has been waived, which could officially bring an end to her career. Tarpley hasn’t played a professional or international game since tearing her right ACL three years ago with the U.S. during World Cup preparations.

Paul Riley has announced his full coaching staff, which as expected looks a lot like it did in Philadelphia during WPS, with the addition of two ex-Timbers players.

Jen Buczkowski gave a sneak peek at some new FC Kansas City gear, though disappointingly it isn’t a look at the uniforms:

Defender Leigh Ann Robinson is featured in the photo and she has a new contract with FC Kansas City through the end of the 2015 season after her stellar 2013 campaign, which earned her a call-up to the U.S. national team.

Speaking of gear…the NWSL’s newest team, the Houston Dash, is the only to have officially rolled out kits so far. Dash players were at the Dynamo season-opener, where Houston beat the New England Revolution 4-0:

@HoustonDash had a blast today at the @HoustonDynamo home opener tonight! Thanks for all the LOVE #Houston! #DashOn pic.twitter.com/m2Nv98qFkH

The Spirit also held a players meeting on Sunday ahead of the start of training camp:

Before heading to the Cyprus Cup, Scotland international Kim Little stopped by Seattle to get to know her new surroundings:

And the Boston Breakers remind us just how much international talent will be missing across the league on Monday due to the Algarve and Cyprus Cups. Monday is the final day of group play, highlighted by USA-Denmark and Japan-Sweden in the Algarve Cup, plus Canada-England in the Cyprus Cup, a rematch of last year’s final. Check back throughout Monday for all the latest on those tournaments.