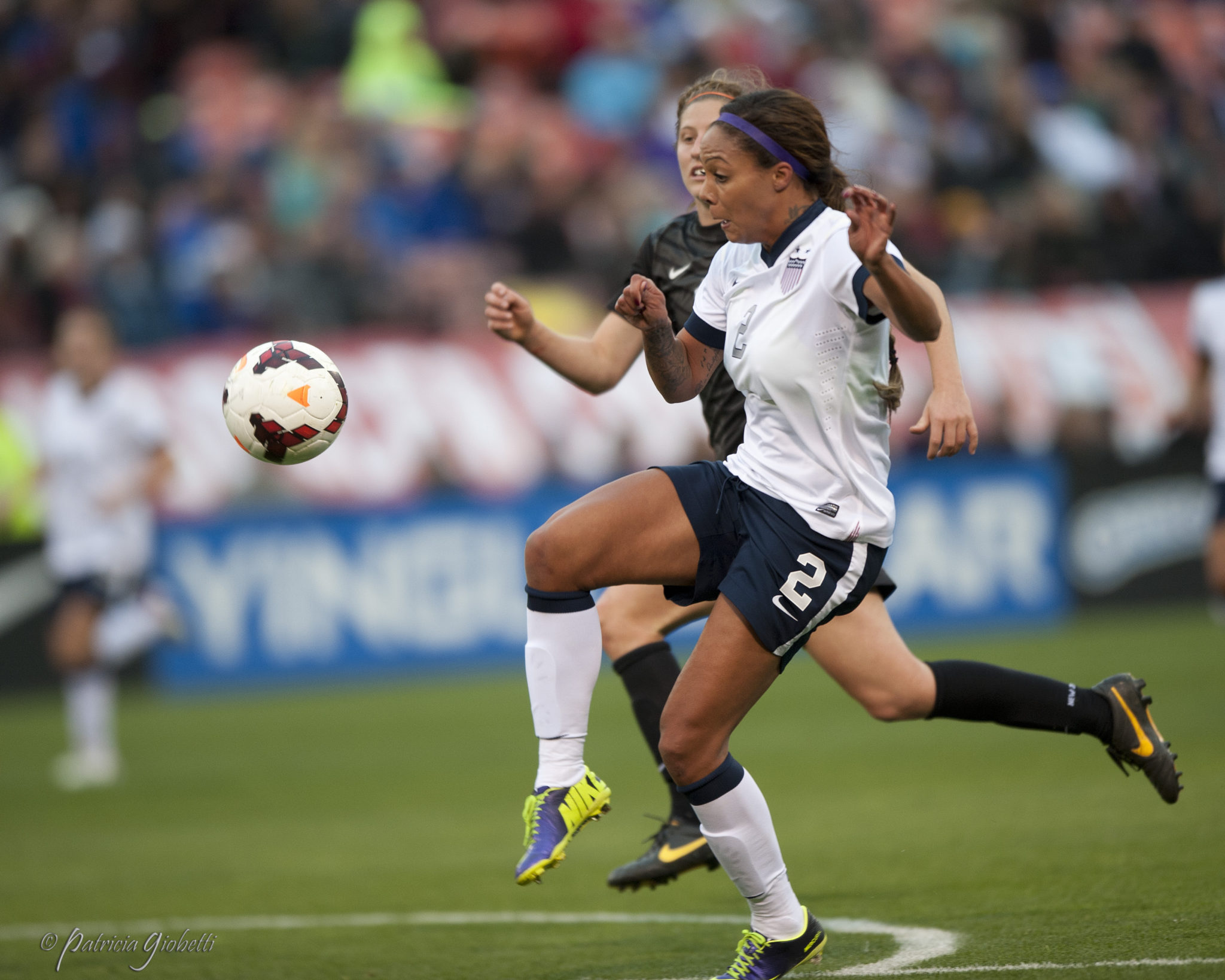 A swerving free kick from over 30 yards out by Aya Miyama in the final minutes gave Japan a 1-1 draw with the United States in each team’s opening game at the 2014 Algarve Cup.

Miyama’s shot knuckled in the wind and initially sent Solo the wrong way. Solo tracked back to her left and got a hand on the shot, but couldn’t keep it out.

Sydney Leroux gave the U.S. the lead in the 58th minute, scoring a strange goal after pressuring Japan goalkeeper Erina Yamane. Yamane had rolled the ball out short to defender Saki Kumagai and received the ball back and held it too long, allowing Leroux to block the clearance straight into the net.

With the draw, the United States extended its unbeaten streak to 43 games, with the Americans’ last loss coming in March 2012 to Japan in the Algarve Cup final.

Leroux’s goal came nine minutes after the United States’ best chance of the match to that point. Heather O’Reilly played a well-weighted ball in behind for Christen Press, who was denied by Yamane in a 1-v-1 chance. Yamane would also deny Leroux on a 1-v-1 opportunity in the 72nd minute.

Japan were sound defensively throughout the match, but lacked any sustained possession or chances in the opening 45 minutes. They came out of halftime with far more aggression, though, and changed the game as they pressed the U.S.

After a nervy start that included a 2nd minute Carli Lloyd goal called back for offside, Japan settled into the game and held more possession. But it was Leroux who had the best chance of the opening 15 minutes, sending her shot over the bar after a low cross from Ali Krieger.

Leroux was the target of O’Reilly in the 29th and 32nd minutes for a pair of golden opportunities. O’Reilly sprung Leroux through in the 29th minute after a long buildup, but Leroux scuffed the shot wide. Three minutes later, the 23-year-old forward couldn’t get her foot on a cross from O’Reilly, who switched sides with Megan Rapinoe to roam the left flank.

O’Reilly missed from inside the six-yard box in the 68th minute after Christen Press turned the corner and delivered a low shot. Leroux also hit the post in the 73rd minute.

Japan’s best buildup of the game came in the 53rd minute, when Mizuho Sakaguchi hit a stunning volley into the top corner, but she was deemed offside.

Wearing a face mask to protect her recently broken nose, Tobin Heath entered the game in the 74th minute for her first minutes with the U.S. since June.

Elsewhere in Group B, Kosovare Asllani and Nilla Fischer scored three minutes apart early in the match as Sweden dispatched Denmark, 2-0. Sweden next plays the United States on Friday at 8:30 a.m. ET.

Germany easily took care of Iceland in their Group B opener, winning 5-0. Dzsenifer Morozan scored twice in the opening 23 minutes and Célia Šašić made it 3-0 for Germany with a penalty kick at the stroke of halftime. Lena Goeßling scored a stunning upper-corner strike in the second half and Alex Popp came off the bench to finish the scoring in the 64th minute.