The Lowdown: What makes Portland work? 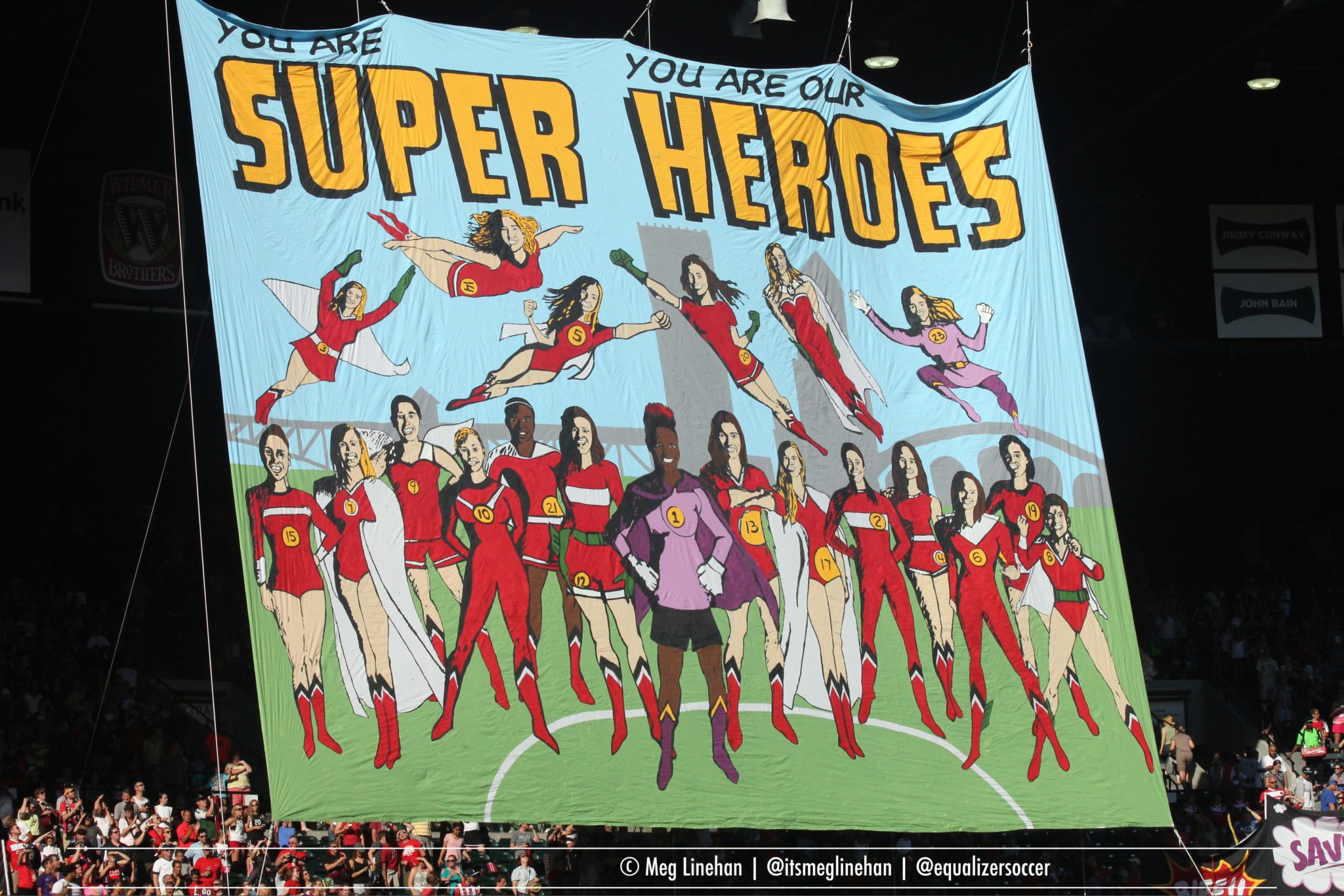 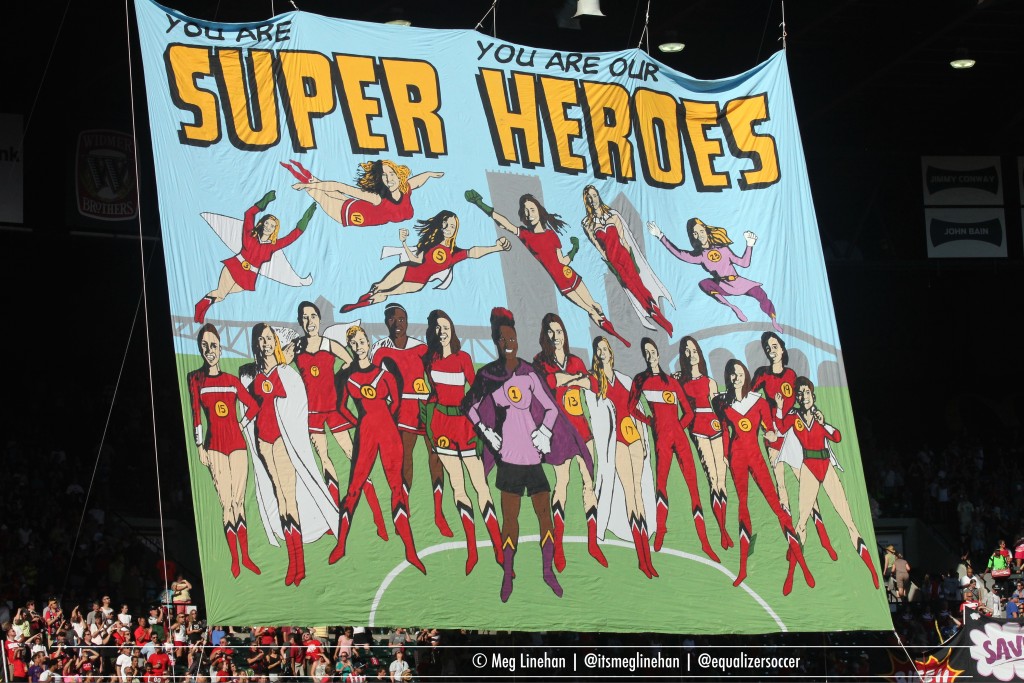 Portland Thorns FC were always the favorite to lead the league in attendance, but just about everyone involved with the club will tell you that reaching 13,320 for an average exceeded expectations.

“It may have looked easy, but there’s a lot of people doing a lot of blocking and tackling and really hard work to make it happen.”

So said Mike Golub, the Chief Operating Officer for the Portland Thorns and Timbers.  And it sure did look easy.

“We were optimistic that it was going to be a successful undertaking for everyone involved,” began Golub, “but we far exceeded our expectations in terms of support, relevance, attendance, and it certainly was a great crescendo to win the championship.”

To that end, the club originally expected to play some matches at Merlo Field, where the University of Portland plays, but plans to play there or elsewhere were quickly scrapped. The Thorns played at JELD-WEN Field, recently renamed to Providence Park.

“We wanted to create a good environment and we really didn’t know what we had or what we were dealing with in terms of audience,” Golub said.  “So we explored Merlo and we explored some other venues here.  But when it became clear fairly early on that the response was what it was going to be, we knew (Providence Park) would be an ideal home.  And it’s great.  It’s a great environment and a great place to watch soccer.”

Still, it did not happen easily.  It was a long-standing narrative last season about the short window the league and teams had to go from announcement to reality.  No one ever said that about the Thorns, though.  They were too busy pulling unprecedented crowds for women’s soccer.

But why was Portland so successful where other markets lagged behind? There were and are always going to be leaders and stragglers in all aspects of business, but the Thorns averaged nearly three times as many people as the second best attended club (FC Kansas City).  When the club played the championship match in Rochester, a sizable group of fans made the cross-country trek and spent much of the match drowning out the 9,000 Flash fans.  Back in Portland, multiple theaters were filled with Thorns supporters watching the action.  And then the club famously arrived home to a small throng of fans at the airport.

Seth Hunt was not part of the gathering at the airport, but he was one of the Timbers’ fans who hopped on board and bought season tickets to the Thorns.  He lived in the Portland area his entire life but did not take up soccer until he began attending games at his college, the University of Portland.  He believes the coach at Portland at the time, Clive Charles, and other old Timbers from the NASL era, impacted the area by remaining in town and starting soccer programs.

“A lot of Portland Timbers from the NASL days have stayed around in town to start their own clubs,” said Hunt, who is a Timbers Army member but is not a Riveter.  “So there’s been a lot of people playing in the area.  So we have more soccer players and they kind of want to support the game more.”

Golub, who did not grow up in Portland, agrees.

“Clive Charles went to the University of Portland and headed up the soccer program there to much success,” he said.  “And so there is this legacy and history of soccer in our community for nearly four decades.  It manifests in incredibly well-supported collegiate programs and great, robust youth programs and adult soccer leagues being really well-supported.  And so it’s just an organically grown soccer culture grown over several decades.  There is great history in soccer here dating back to the mid-70’s when the Timbers first emerged as a team in the NASL.’

The men’s game has shown similar progression in several cities around North America as Major League Soccer prepares to cross to the north of 20 clubs.  A little more than 15 years after going to the brink of extinction, MLS is thriving.  It is a growth curve that the NWSL would love to follow.

“Everyone involved in the league is optimistic that this go at it has a real shot to be viable and to be successful long-term,” said Golub.  “This thing started up really, really quickly.  I think it was remarkable what we achieved as a league in a short period of time.  To achieve what we achieved in year one given that ramp-up time was remarkable.”

The Thorns, though, remain an anomaly.  The Timbers stand out for the level of support and passion shown by their fans—who have gobbled up every ticket on offer over three MLS seasons.  The Thorns do not sell out all of Providence Park, but they are more of a standout than the Timbers when comparing them to their league-mates.

“The atmosphere is not going to be quite as loud, but it’s actually pretty good,” Hunt said.  “For women’s soccer it’s up there as one of the best.”  He believes the success of the Thorns and the atmosphere created by the Riveters will entice more people to come in 2014.  In fact the club says it expects season ticket sales to reach 10,000.

Another factor pointed out by Hunt that tends to go unnoticed is ownership.  Merritt Paulson is one of MLS’ most outspoken and accessible owners, and he does the same in NWSL.  “It definitely is really helpful that Merritt Paulson is fully behind the Thorns as well.”

Paulson helped recruit the next MLS ownership group, that of the Houston Dynamo, who will start the Dash this season.  Others are said to be considering the same.  It could vault the Thorns from the anomalous star of a fledgling league to a historical trend-setter in women’s soccer.

Golub is bullish.  And he promises no discord between the top and bottom of the league as it pertains to business:  “I fully expect that there will be growth across the board.  We are going to support the other teams.  We’re in this as a league.  The league has to succeed for the Thorns to succeed.  The best way to support the league is to continue to be as successful as we’ve been.”