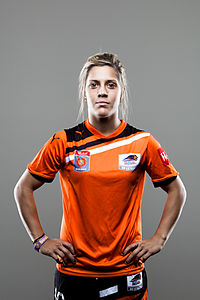 Gorry, who played for Brisbane Roar this season in Australia’s Westfield W-League, will join the Blues in June after Australia’s World Cup qualifying campaign in the Asian Cup.

“I’m very excited about my signing with FC Kansas City,” Gorry said. “It will be an amazing experience mixing with and playing alongside some of the best players in the world. I’ve heard so many good things about the club and players so I’m really looking forward to getting over there.”

Gorry debuted for Australia’s senior team in July 2012 and has 11 caps and three goals. She is listed at just 4-feet-8-inches tall.