Once again, the U.S. men’s and women’s national teams have new jerseys, and this time they are far less bold than their predecessors.

On Monday, U.S. Soccer and Nike unveiled this new jersey that both the men’s and women’s national teams will wear in 2014: 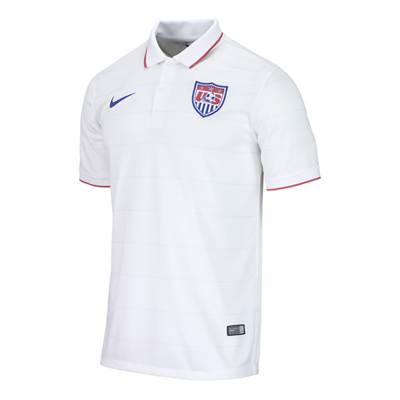 This is the jersey the U.S. men's and women's national teams will wear in 2014.

“The cut of the women’s kit fits well and is comfortable,” U.S. women’s forward Alex Morgan said in a release. “I don’t have to think about the uniform and can focus on the game at hand.”

Here’s Morgan in the jersey in this photo from Nike: 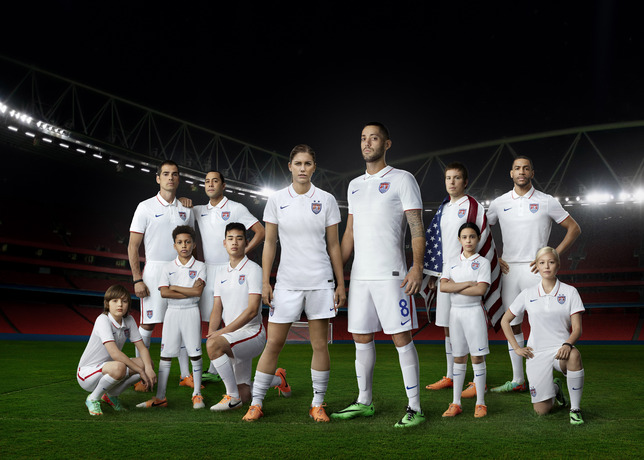 The jersey, which has been compared to a plain white golf polo, is tame compared to the red and white horizontal stripes the U.S. wore throughout 2012 and briefly to start 2014 after their 2013 centennial ended. The men’s and women’s national teams wore a basic white retro jersey with a rekindled crest in 2014 to celebrate 100 years as a federation.

Some finer details about the new jersey:
– There are grey horizontal pinstripes across the body and sleeves
– Inside the back of the neck is a blue pennant tab with the 13 stars from the original American flag
– Shorts are white with a red stripe on the side and socks are white
– From the release: “The shirt, shorts and socks all feature fabric made from recycled plastic bottles – 100 percent recycled polyester in the shorts, 96 percent recycled polyester in the shirt and 78 percent in the socks.”

What do you think? Do you like the new jerseys?

Germany, USWNT draw same group for U-20 WWC
Heath back with USWNT after 8-month absence