Grainey: An American debuts — for Russia 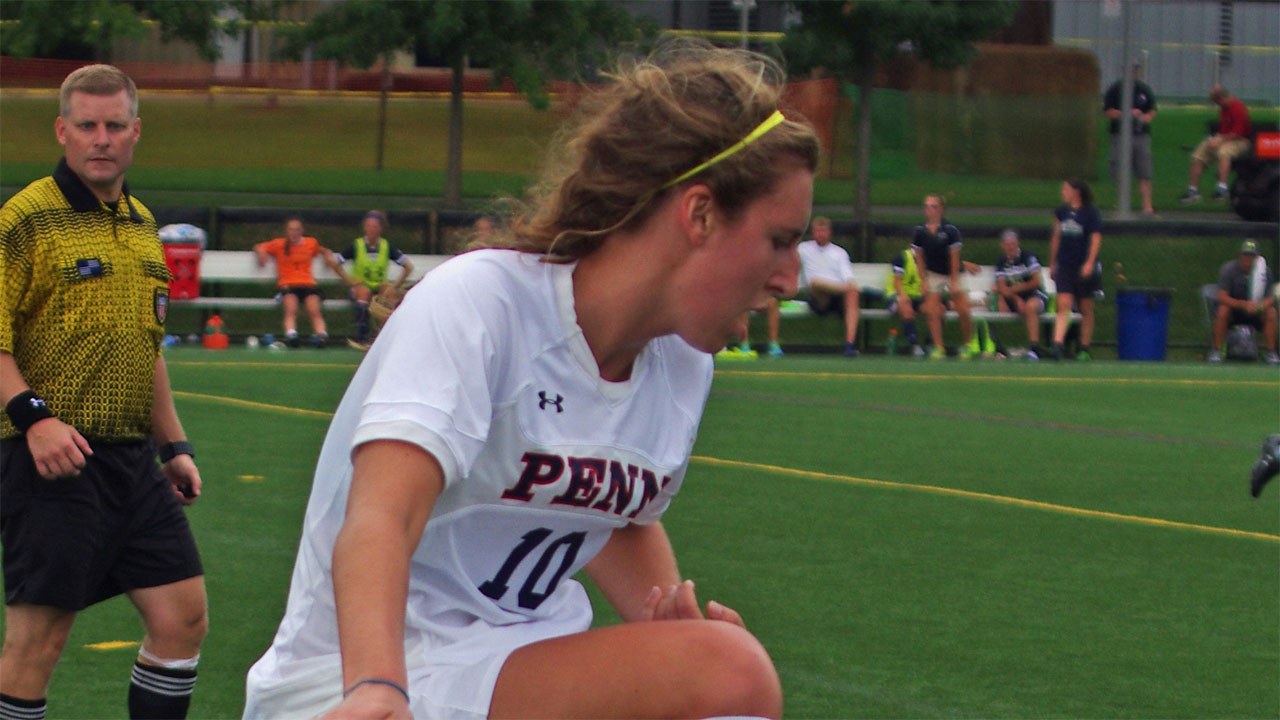 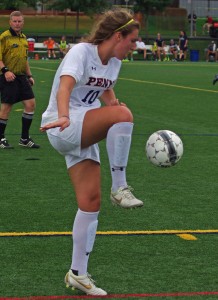 When the U.S. women’s national team played Russia twice last month in the Southeast, they faced a young, American-born midfielder who received her first two caps for her parent’s homeland. Anastasiya Chevtchenko, born and raised in Portland, Ore., came on in the 53rd minute of the Russians’ 7-0 loss to the Americans in Boca Raton, Fla., on February 8. She then played the entire second half of the Russians’ 8-0 defeat at the Georgia Dome in Atlanta five days later.

Chevtchenko was spotted by a Russian national youth team coach a few years ago when she was a guest player for a California club team at the Gothia Cup–the massive summer youth tournament held in Gothenburg, Sweden. The coach saw her name on the roster, playing for an American side that had competed well in the tournament, and asked if she was Russian. She explained that: “He invited me to try out for the [U-17] national team; he said that they needed players and if I was interested I could consider playing for them.”

The camp was in Sochi and since then, she has played at the U-17, U-19 and now at the full national team level. She has recently been called in to join the Russian side for the Algarve Cup tournament in Portugal. Since that chance encounter in Sweden, she has plotted out her soccer career—including college selection—with unusual aplomb and vision for a 19-year-old.

“It’s a great school; obviously an Ivy League [university]. I also liked how they played; it wasn’t just a kick and chase type of game that they were going after. In recruiting me, they were aware that I’m not the fastest and quickest of players. The coaches were aware of that, but they were also aware of my stronger aspects; the technical side, I know how to keep the ball, spray the ball and be a playmaker and they embraced that. I felt comfortable knowing that they would appreciate that skill of mine and be able to build off of that and make me into a better player.”

Having already played internationally for Russia, Chevtchenko clairvoyantly agreed with the coaches ahead of time that she would be released for any international obligations.

“When I was being recruited, I was adamant about talking to them upfront about it. I told the coach [Darren Ambrose] right away about my opportunities to play internationally and I was looking for a college that would allow me to do that. As much as I know the season is important and as much as I value the team here and the practice time, [I told him that] I would really appreciate it if I would be allowed to take advantage of the opportunities if I were presented with them.

He said ‘Yes absolutely.’ That was one of the agreements; that he would allow me to play internationally even if it interfered with our season or some of our games. [She did miss the Harvard game last season due to training with Russia ahead of their World Cup qualifier with Germany]. He’s pretty understanding of it and I do really appreciate it.”

Given that some colleges still don’t release players for international duty during the season, her ability to address that up-front is a lesson for other diaspora — those player for their or their family’s homeland — and international players before they select a college in the United States. I have seen a list of colleges in the past that one national team advises its players not to attend, as they all had a history of denying their team members international call-ups. Credit must go to the University of Pennsylvania coaching staff as well for seeing the big picture of the importance of the global game, and that such call-ups reflect positively on their program.

Ambrose said, upon learning that Chevtchenko was called up to play against the U.S., that he was very pleased for her.

“I am extremely happy that Ana is getting to represent her country against the U.S. women’s national team this week. Representing your country is the highest honor you can get in sports, and is one Ana has worked hard to achieve. We are proud of her and excited to see her compete against the United States.”

The international training is welcome for Chevtchenko, who missed much of her freshman season with Penn due to injuries, being able to play in only six games. Penn finished with 12 wins, 1 loss and 4 ties overall and a 5-1-1 mark for second in the Ivy League, but was not selected for the NCAA tournament.

Russia has struggled since falling out of the first round of last year’s European Championships in Sweden. Chevtchenko admits that the national side “has gone downhill a little bit. Part of the problem I think is, they don’t have as many players and they’re bringing in younger and younger players onto teams which don’t have a layer of experience and they are trying to build it up.”

So far in the year-long UEFA Women’s World Cup qualifying tournament, in a very difficult Group A, Russia sits in third on three points, behind Germany (15 points from 5 games) and the Republic of Ireland (7 points from 3 games). It’s too early to write off Russia’s chances to finish second—despite their opening 9-0 loss to Germany away, as four of the second-place teams in the seven groups will play-off in semifinals and a final for one more qualification spot from Europe. Russia beat Slovakia 2-0 away and has games in hand over every other group member, as well as all five home games left. The key matches will be the Irish versus the Russians with the second place berth likely at stake. Russia is looking to qualify for their third Women’s World Cup. They qualified for the quarterfinals in both their previous appearances, in 1999 and 2003.

Thinking longer-term, Chevtchenko said that whether she plays professionally after college depends on what she wants to do academically or if she decides to take a job or go to graduate school. She is leaning towards a major in international relations.

“I have talked to different coaches in Russia and Germany about training with professional teams this summer, so it doesn’t conflict with NCAA rules for college soccer, so I wouldn’t be getting paid, but so that I can get familiar with that whole process,” she said.

She would have no problems with the language as she is fluent in German, as well as French, Russian and English. She would be open to playing in the NWSL in the future.

Anastasiya Chevtchenko has shown a path for American teenagers to pursue a national team career as a diaspora, while still playing college soccer. With a Women’s World Cup coming up next year, U.S. colleges could be a source of new international players for nations around the world attempting to qualify for the newly-expanded 24 nation tournament.