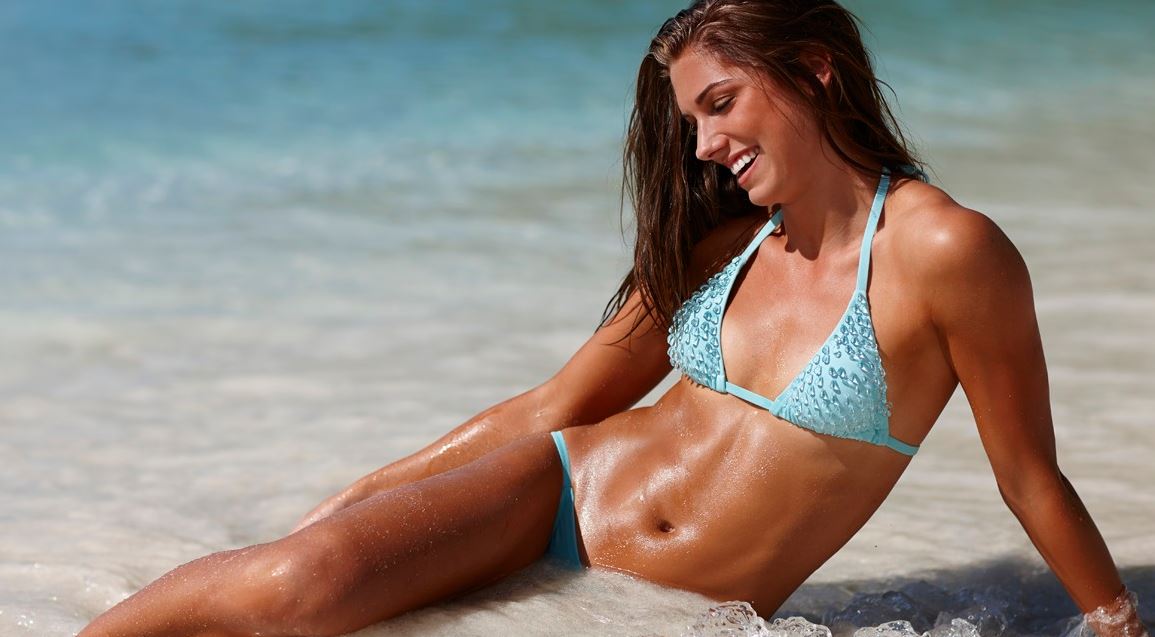 Alex Morgan is once again a part of Sports Illustrated’s annual Swimsuit Issue.

Morgan is one of three athletes in the the 2014 edition, which is the 50th anniversary of the issue. She first graced the pages of the magazine wearing body paint in 2012.

“I’m still not totally used to doing photo shoots, especially in a swimsuit and for 12 hours,” she told SI in the video below.

WNBA player Skylar Diggins and surfer Anastasia Ashley are the other two athletes who took part in the 2014 issue.

So honored to be a part of #SISwim50!! #ohitsabeautifulmorning pic.twitter.com/DY63Kbfj7Z