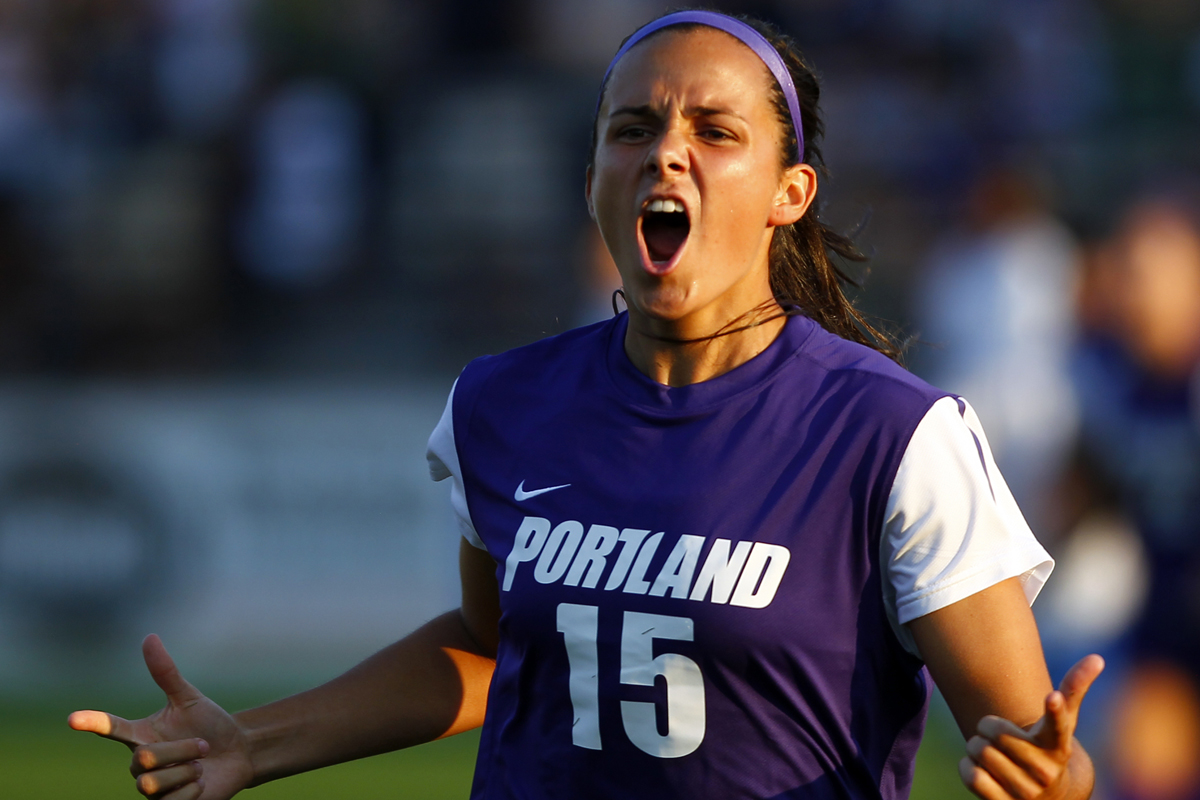 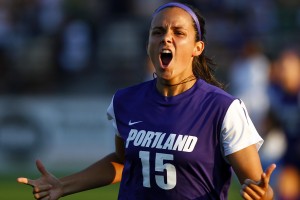 Amanda Frisbie has landed a coveted roster spot with Seattle Reign FC in 2014. (Photo courtesy of University of Portland.)

In the third of five announcements this week from Seattle Reign FC, the team has signed their first-round draft pick Amanda Frisbie of the University of Portland.  Seattle selected her with the seventh overall pick in Philadelphia.

[More: At center back or forward, Frisbie ready for the NWSL]

GM/head coach Laura Harvey was effusive in her praise about Frisbie at the draft, and it continued in the official release by the team.  She said,  “We wanted to sign Amanda early to demonstrate our commitment to helping her develop into a key part of our squad.  I expect Amanda to be an integral part of our season in 2014 and believe she has the capacity to be an impact player in the league in the future.”

With Seattle’s glut of offensive players, Amanda Frisbie is likely to  start her professional career as a defender (she was converted to a central defender her senior year at UP).  Harvey did make it clear with media at the draft that Frisbie would have her own say in what position she plays this year, so things may change as the preseason progresses.

So far this week Seattle has also announced the signings of Japan’s Nahomi Kawasumi and Kendall Fletcher.

Watch Laura Harvey speak to the media in Philadelphia after the 2014 NWSL College Draft: