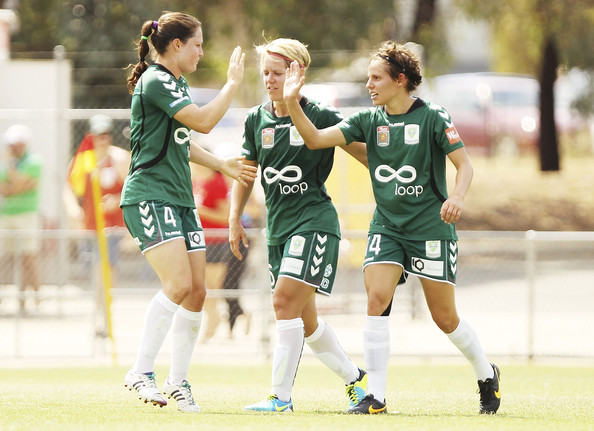 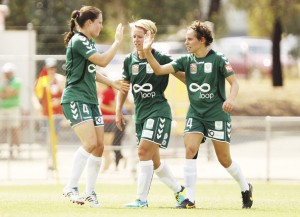 Kendall Fletcher has spent her winter in Australia with Canberra United.

The Seattle Reign have signed Kendall Fletcher on a one-year contract with a club option for 2015.  The former WPS defender/midfielder is currently playing with Canberra United in the Australian W-League.

Fletcher played at North Carolina where she was a regular on the undefeated, national championship side in 2003.  She graduated in spring 2006, right in the middle of the wilderness period between WUSA and WPS.  When the latter launched she joined the Los Angeles Sol as the 10th pick in the General Draft.  Soon after she was traded to Saint Louis Athletica.  She wound up at Sky Blue FC in 2010 and 2011.  She has played in Australia and Sweden since WPS sank early in 2012.

“Kendall adds experience and depth to our backline and potentially our midfield as well,” general manager and head coach Laura Harvey said.  “She has proven professional experience in America, Australia, and in Eueope which could prove vital for us in the coming season.”

In 2002 Fletcher was a small part of history when she played for the winning U.S. side in the inaugural U-19 World Cup.  Now 29, she is expected to start Sunday when Canberra face Brisbane in the W-League semifinals.