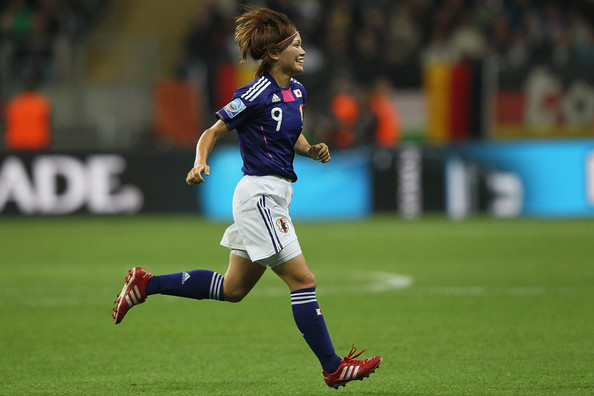 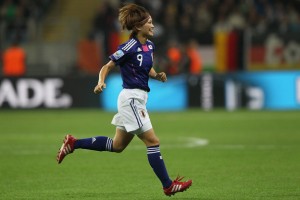 After weeks of speculation, Nahomi Kawasumi has been loaned to Seattle Reign FC. (Photo: Zimbio)

Last year the Reign traveled to Japan as part of their inaugural preseason.  This year, the Reign are bringing part of Japan to them.  Late Monday night—early Tuesday in Japan—the Reign made the acquisition of Nahomi Kawasumi.  The 28-year-old is joining the Pacific Northwest club on loan from INAC Kobe Leonessa, champions of the Nadeshiko League the last three seasons.

“Naho is a world-class talent who will add a different dimension to our front line in the coming season,” Laura Harvey, coach and general manager for the Reign, said.  “She is a proven winner in both league and international play and will bring that mentality and experience to our club.”

Kawasumi was the MVP in Japan last season, finishing 2nd in goals to Beverly Goebel, who is also on loan to the Reign for the 2014 season.  Kawasumi was also named MVP in 2011 and has been named to the league’s Best XI the last four seasons.  INAC defeated the Reign 2-0 during the Reign’s 2013 trip to Japan.

On the international scene Kawasumi played a key role in Japan’s win in the 2011 World Cup when she netted the tying and winning goals in a 3-1 semifinal victory over Sweden.  Four days later she went the full two hours in Japan’s penalty kick upset of the United States in the final.

“I’m very happy to be a member of Reign FC,” the diminutive Kawasumi said.  “Though it’s my first time to live and play in the U.S. I will adapt myself to my new life as soon as possible.  I’ll try to do my best for the victory of Seattle Reign FC.  You can count on my play.”

Kawasumi is the latest in a long line of Reign additions during the offseason.  Goebel, Kim Little, Danielle Foxhoven, and most notably Sydney Leroux have been acquired to bolster the attack and Megan Rapinoe terminated her contract in France and will join the team after the Algarve Cup.