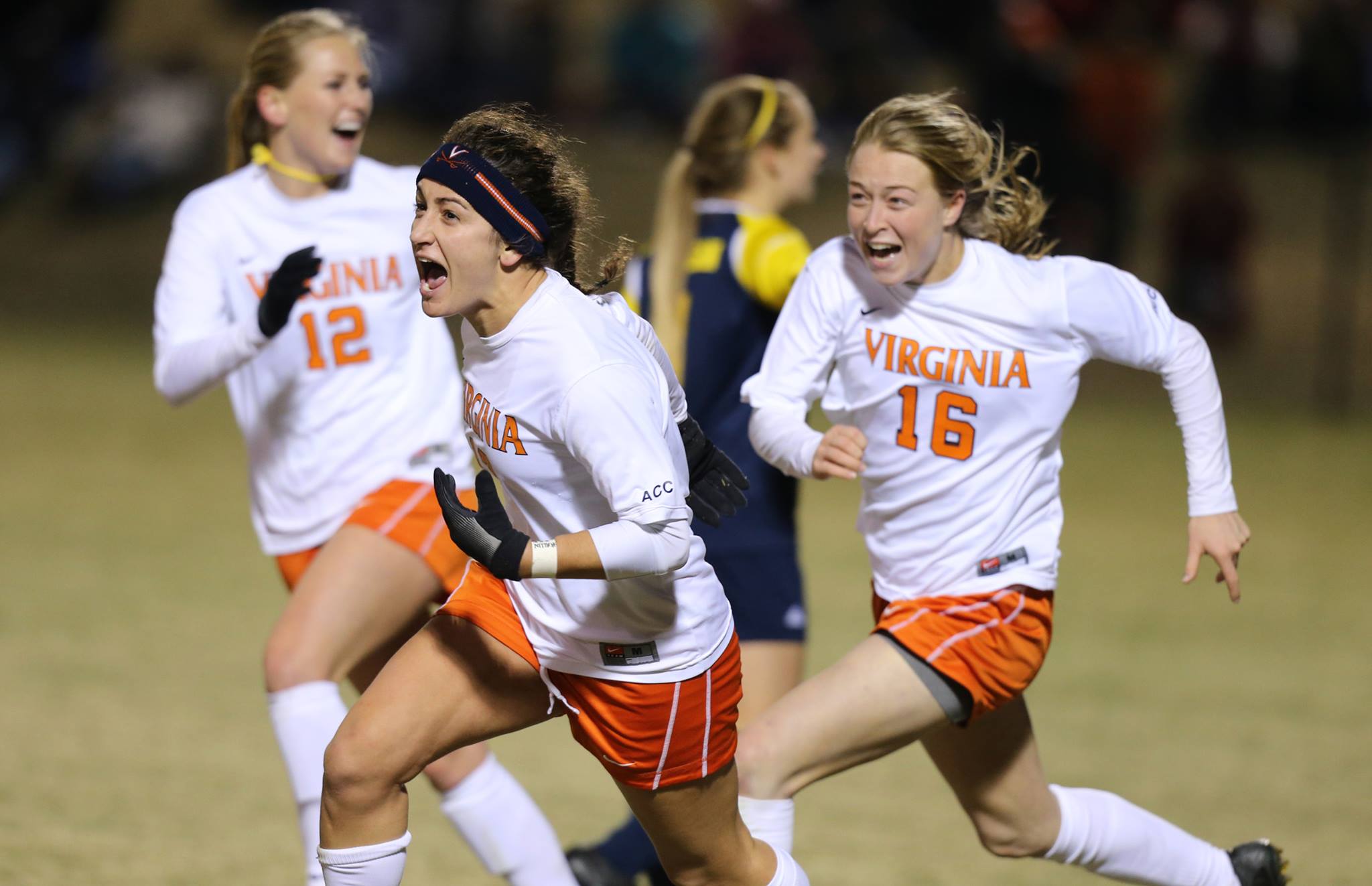 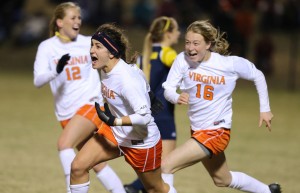 Molly Menchel was drafted by the Spirit after playing for the club's reserve team last season. Could it be a trend in the making? (Photo courtesy University of Virginia.)

About a month from now, Washington Spirit draftee Molly Menchel will enter a professional training camp for the first time. Even though she’s a rookie, the recent Virginia graduate will be in somewhat familiar territory. Menchel spent part of the last two summers at the Maryland Soccerplex playing for the D.C United Women in 2012 and the Washington Spirit Reserves this past summer. In fact, Menchel led D.C. in minutes played during the 2012 regular season.

Menchel “could not be happier” about being drafted by the Spirit. “Playing in the semi-familiar environment is undoubtedly a benefit, but again, I know I will have to face adversity as a ‘rookie’, and am looking forward to working hard.”

Spirit Head Coach Mark Parsons made clear that the club’s first priority is to draft the best available players to fill their needs adding that “if that person is a local, home grown reserve player, that’s fantastic. That’s a bigger bonus.”

Menchel may fill a need for Spirit at left back after losing Kika Toulouse in the expansion draft. Parsons noted that his new addition had a great senior season at Virginia. “She really showed that she could defend and do all that stuff that she’s always done but she was probably one of the most attacking, exciting full backs in the draft,” Parsons said. The former Cavalier finished her collegiate career with 13 total goals, 8 of which were game winners.

If the 2013 roster is any indication, it’s not unfathomable that Parsons will draft other players with experience playing at the Soccerplex. Andi Sullivan, who captained the U-20’s during CONCACAF World Cup qualifiers last month, spent time with Washington last summer. The Reserves also features several ACC standouts including Maryland’s Ashley Spivey, who’s considered a top prospect for the 2015 draft.

“We are fortunate to be in this spot geographically and obviously now we are working as hard as we can to continue to identify new players and attracting them to come play for us,” Parsons commented on the Reserves roster, crediting previous full team head coach Mike Jorden for recruiting several of the 2013 team’s players.

“The (Reserve) squad we’re putting together this year will be even bigger, better and more exciting. And only recently, we’ve received a couple of commitments from some unbelievable players that have great futures. I almost wish I was coaching them as well because I know they are going to be such a strong group.”

Considering that a Bill Lynch owned W-League team has made it to the championship semifinals the past two years, D.C. area women’s soccer fans should take note.

Parsons believes that the Spirit Reserves is an excellent opportunity for college players, describing it as potentially “career changing” and hopes to create a professional level training environment for them.

“Having the opportunity to be around the professional players, playing alongside Ashlyn Harris, Ali Krieger, Lori Lindsey, training alongside these players and seeing their mentality and what it takes to get to that level is invaluable.”

Menchel’s viewpoint on playing in the W-League echoed Parsons’s:  “I’ve always loved playing with and against players that are better than me because it puts me in an environment where I am bound to learn and improve my game. Training with and against professional players opened my eyes as to how much faster and more physical the professional level is compared to the college level…”

Menchel and the Spirit will begin NWSL training camp March 10th. Only time will tell if Menchel will don the Spirit red and white once more in this summer, this time as a professional.