Grainey: Will Rosie White be first Kiwi in NWSL? 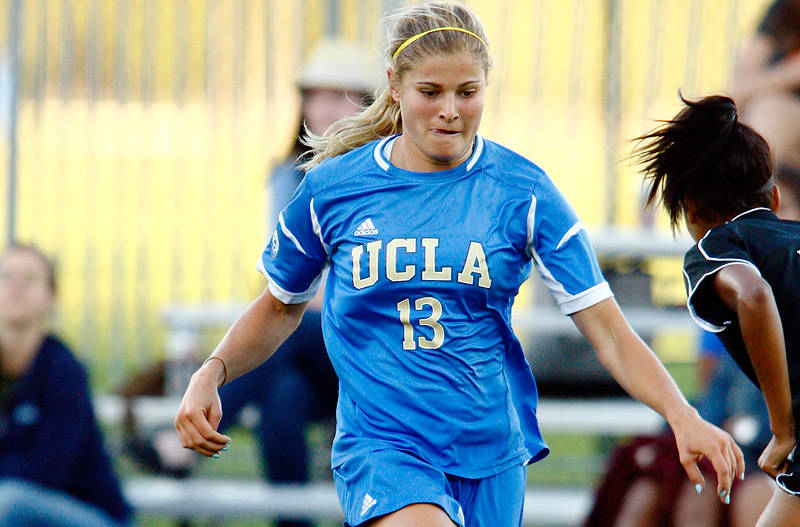 As a senior forward in 2014 with the Bruins, White would seem to be a natural as a top selection by a NWSL team in the draft ahead of the 2015 season. There is, however, the Women’s World Cup in Canada to think about that same year . With her final year at UCLA ahead of her, she’s uncertain as to what she will do after college.

“I am not sure what I am going to do at this stage; soccer will be a priority for me leading up to the next Women’s World Cup and Olympics [2016 in Rio de Janeiro] with the New Zealand team. So at this stage I am either thinking I will try and play in Europe professionally or else I will go back to New Zealand, training and potentially do more study.”

Ali Riley was the only New Zealand international to play in WPS—she was raised in the U.S. and played for Stanford University before winning two WPS titles and now plays club ball in Sweden—while none have played in NWSL since it began last year. New Zealanders have primarily gravitated to European pro leagues or the Australian W-League—though their Australian neighbors across the Tasman Sea have been popular additions for teams in both U.S. based professional leagues.

At the collegiate level, it is much more common to see Kiwis playing—currently there are over 30 including Stephanie Skilton (Syracuse), Hannah Wilkinson (Tennessee) and Megan Lee (LSU), who were on the Kiwis’ roster (along with White) when they played the U.S. in two matches last October in San Francisco and Columbus. Betsy Hassett finished at the University of California-Berkley in 2012, played for the Kiwis in the 2011 World Cup and 2012 Olympics, and has since played professionally in Germany and this season will play for Manchester City in England.

With all of these New Zealanders in college soccer, it seems only time before one is signed to an NWSL contract.

White said the decision to attend UCLA had as much to do about education as soccer. “I have always wanted to get an education beyond high school, so my options were more limited to staying in New Zealand to study or else going overseas. After getting an offer from UCLA, there wasn’t much second thought. I had never been there, but I just knew what a prestigious opportunity I was given. It was a great school, with a great soccer team.”

She has found that playing for the Bruins, “has taught me a lot. I think the American college game is very unique and has helped me develop my confidence and consistency, playing lots of games.”

White scored the game winner in the penalty kick session against Virginia in the 2013 College Cup semifinals after a 1-1 deadlock at the end of overtime. UCLA went on to beat Florida State 1-0 in overtime in the final. It was UCLA’s first victory after three previous trips to the College Cup final game had all ended in defeat.

Steering the team to the championship was new head coach Amanda Cromwell, who joined the team in 2013 from the University of Central Florida, who she led to 11 NCAA tournament bids in fourteen seasons and an Elite Eight run in 2011. She replaced B.J. Snow, who is now in charge of the U.S. U-17 national team

White reflected on UCLA’s first College Cup win. “Since I have been here we have always had such a talented and team. This year, the team chemistry was different, we were much stronger together; it was great to have Amanda’s experience on board, our mentality changed this year.”

Asked to explain how the mentality changed, White said: “I think we had a new confidence as a team, but we also had the ability to work really hard, for each other, not just for ourselves. I think we came together more this year, we were more worried about the team and less worried about ourselves as individuals.”

White attributes some of that success this season to having a female coach. “I think the biggest change was going from a male coach to a female coach. B.J. was amazing, and we were sad to see him go, but Amanda brought new dimensions to our team; she strikes a great balance between being friends with us and being our coach. Amanda puts a lot of importance on fitness and competition within the team….I think it was the freshness that Amanda brought that made us successful. It was the first time I have had a women head coach, and I think she does a great job; the relationship she has with us is more like a friend, however there is never any loss of respect.”

2014 is an important year for White with the World Cup Qualifiers in Oceania and defending the College Cup title.

White listed what New Zealand had planned for this important World Cup qualifying year, “We have got a lot of international fixtures coming up this year, we have games in February against China, Mexico, and Korea, then in March we are playing in the Cyprus Cup, and in May we are playing Japan. So there is a lot going on!”

Assuming New Zealand wins Oceania’s one available World Cup spot later this year—a tournament which typically has been a cakewalk for the Kiwis of late—UCLA should have a few alumnae in the World Cup: including Sydney Leroux of the U.S. and possibly Kara Lang of Canada, if her comeback bid from long-term injury and retirement is successful.

The Oceania Region’s World Cup qualifiers will be held from September 10-20. White’s play certainly will be a focus of many professional scouts here and in Europe over the next year.

Tim Grainey is a contributor to The Equalizer. His latest book Beyond Bend it Like Beckham was released in 2012.