U.S., Canada to meet May 8 in Winnipeg 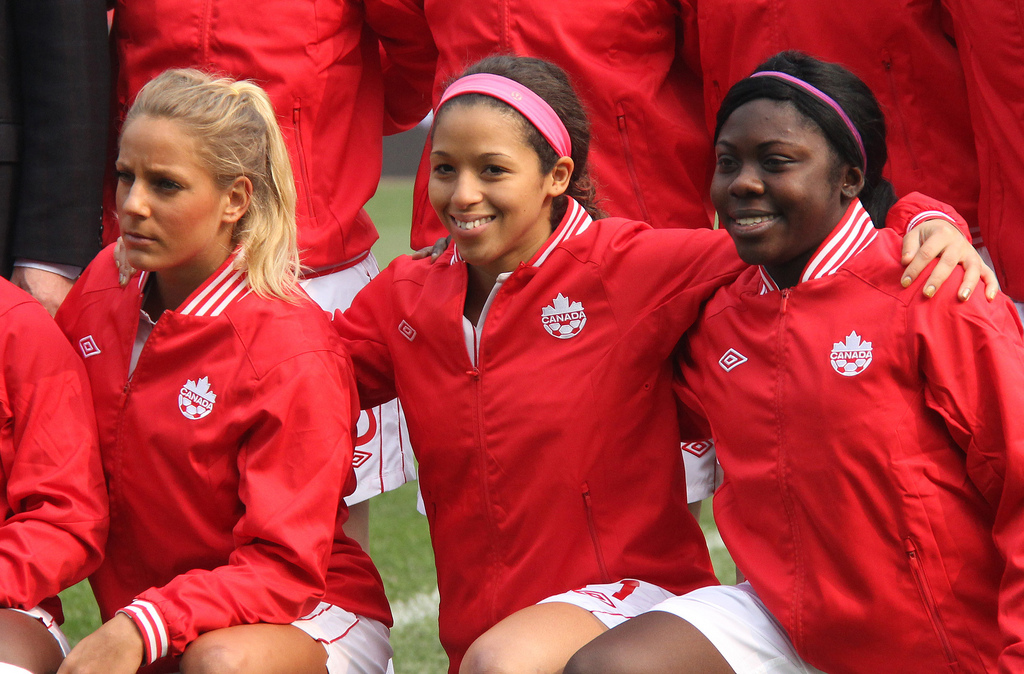 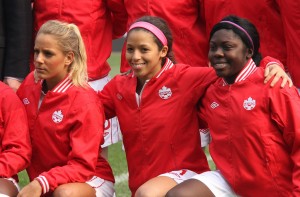 Desiree Scott (center) will see the Canadian women host a match in her native Winnipeg for the first time since 1990. (Photo courtesy Canada Soccer)

The United States will play Canada in a May 8 friendly at Investors Group Field in Winnipeg, the latest installment of a border rivalry the United States continues to dominate even as Canada tries to close the gap. The U.S. scored a 1-0 win over Canada last Friday in Frisco, Texas. The United States holds a 47-3-5 record against Canada.

The match will kickoff at 8 p.m. EDT. Broadcast info will be announced at a later date. In Canada the match will be shown on SportsNet.

The U.S. has friendlies against Russia this Saturday in Boca Raton and Feb. 12 in Atlanta. The match is currently the only fixture on the Canadian schedule following the Cyprus Cup.

Winnipeg will be a host city for next summer’s Women’s World Cup.

Rampone hopes to play in 2015 WC, retire on top
Sky Blue signs Levin, who they drafted in 2012