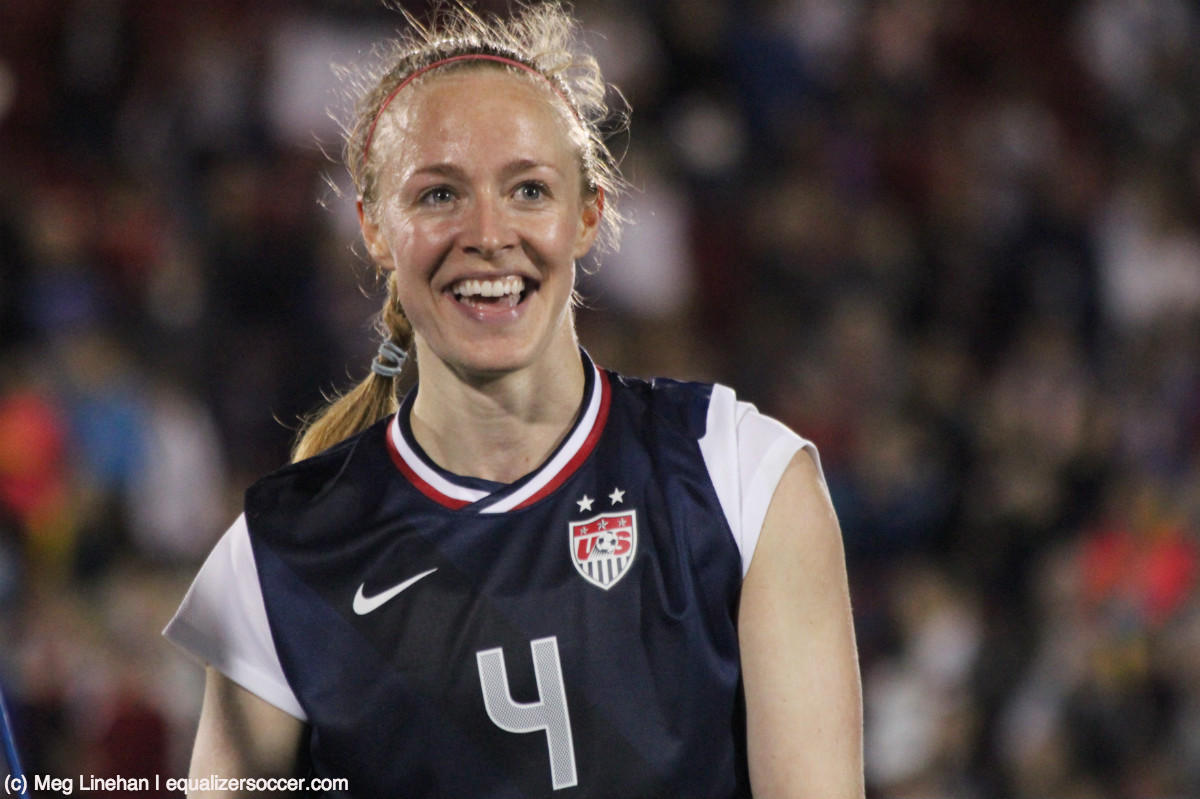 FRISCO, Texas — In front of a very loud and passionate 20,862 fans at Toyota Stadium, the “derby” between the United States and Canada had another heated battle that ended in a familiar way: a U.S. win.

The U.S. did have a few notable spots of rust to shake off after the break: corner kicks and set plays were completely ineffective throughout the match. Heather O’Reilly and Ali Krieger are still as an efficient and locked-in team as ever on the right side, but Stephanie Cox and Megan Rapinoe still need to find their chemistry. During the second half, O’Reilly and Rapinoe swapped sides for about 10 minutes, and the results were lackluster. 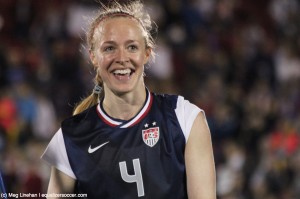 Bright spots included Becky Sauerbrunn’s woman of the match-earning performance (from U.S. Soccer), Ali Krieger’s solid defending, and Morgan Brian’s first start for the full national team. Sermanni told media after the game he considered subbing for her in the last 10 or 15 minutes of the game, but felt it would affect the rhythm of play and Brian finished out the match.

“I think everyone’s first career start with the national team is a really good experience,” Brian said after her first full 90. “Cheney helped me a lot tonight, and the girls did as well, the whole team did. Playing with the youth national teams is always a great experience, but putting on a jersey for the full national team for the first time and getting your first start is awesome.”

The parade of yellow cards for Canada in the first half settled after halftime, and Canada was able to disrupt the U.S. without accruing cards in the second half. Kadeisha Buchanan was most likely lucky to avoid a red card for her tackle on Brian in 33rd minute. From field level, the tackle looked poor; on video replay, the tackle was clearly reckless.

Tom Sermanni was positive in the post-game media scrum, lauding Brian’s performance but satisfied overall with his side as a whole. “I thought we played really well in the first half. The quality of our soccer, the rhythm of our play was really, really good, except for the final little bit into their penalty area where they defended really well.”

[MORE: Leroux does it again, lifts US women past Canada]

Sermanni also said, “I think the second half, the game got a bit scrappy, and that doesn’t suit us. We’re not great at scrappy. But I think it’s also a little bit of fatigue sets in because it’s our first game of the year, and we’ve had a long time off.”

Sermanni isn’t one to pace or stand in front of the team bench for long stretches of a match, preferring usually to sit on the bench, but in the second half he notably hopped up a few times in reaction to the physical play on the field or to make his opinion known to official Mirian León.

The U.S. knew coming into this match that it would be physical and gritty. The challenge was to not let it disrupt their game. Sermanni thought the team succeeded, and said, “Overall, we knew what to expect from Canada. If I sit back and assess our performance now, I was really very satisfied.”

“We knew that this game was going to be physical, and so we knew that that couldn’t take over. I think we dealt with it really well. We became physical too; that’s how you have to play against teams like that.”

For Canada’s head coach John Herdman, the 1-0 scoreline was an indication that things are finally edging towards a more even match-up between the two sides. Even he admitted he was a bit surprised that it only took one goal to decide the game.

The Canadian coach did emphasize that the team would be working on finishing after the results of the match, considering their best chance of the night went wide despite Diana Matheson going one-on-one with Hope Solo.

For Herdman though, the important thing was that there were offensive sparks. “We knew we’d get a couple of chances against the U.S. To be honest, I thought we had two or three very good chances to do something.”