Leroux does it again, lifts US women past Canada 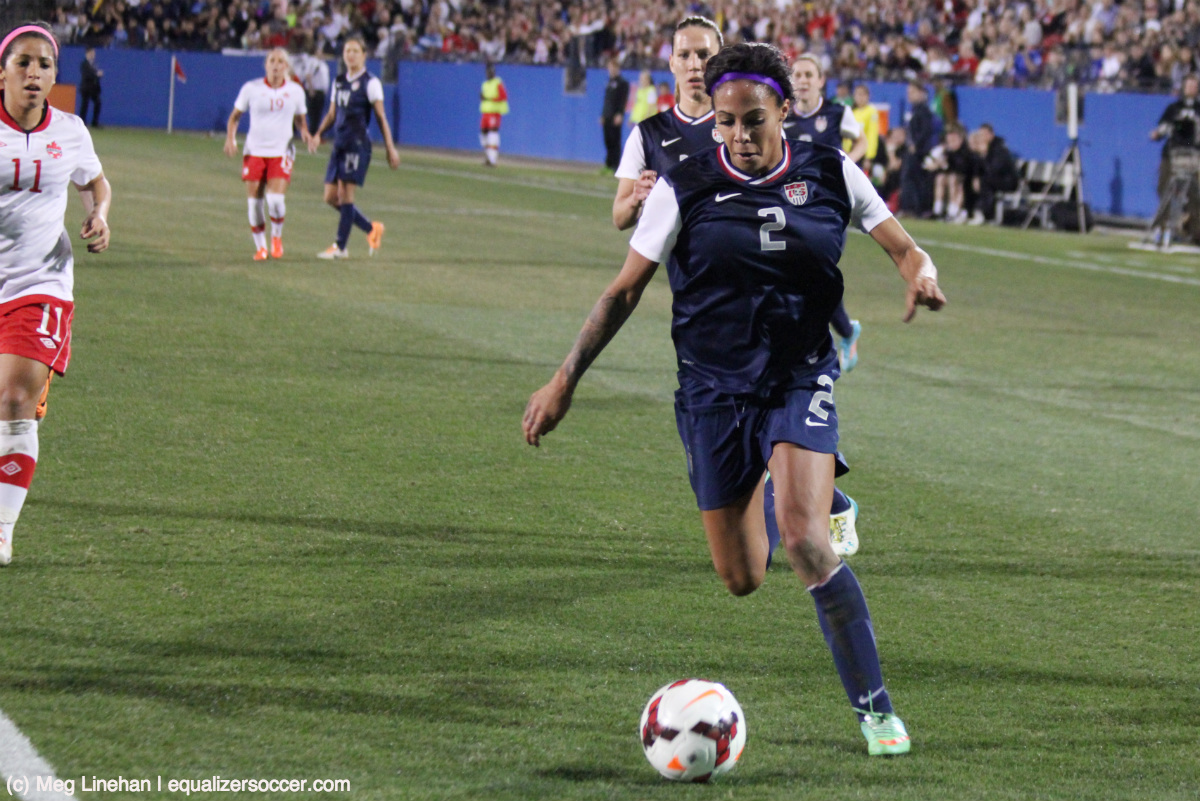 For the second straight time in the United States-Canada series, Sydney Leroux scored for the Americans. And this time it was the decisive goal. 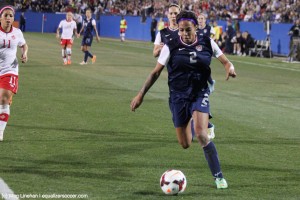 Sydney Leroux lifted the U.S. past Canada with the game's lone goal. (Photo Copyright Meg Linehan for The Equalizer)

It was Leroux who scored the third goal in the United States’ 3-0 win over Canada in their last meeting in June 2013, and the Canadian-born striker kissed her U.S. Soccer logo and shushed the sold-out Toronto crowd in celebration. This time, in Frisco, Texas, Leroux’s celebration was more tamed, but the goal no less important.

On Friday, Christen Press got involved just minutes after entering the match, combining with the on-rushing Becky Sauerbrunn on a give-and-go before Sauerbrunn played a ball to Leroux at the back post for the tap-in.

The opening half was sloppy from both teams, but it was Leroux who had the United States’ first significant chance came in 13th minute, when she got in behind Canada’s defense, but her shot from 12 yards out was saved point-blank from an on-rushing Erin McLeod. Abby Wambach checked back and was allowed time to turn and spray the ball wide to Megan Rapinoe, who cheekily slipped in a ball for Leroux.

Canada also fended off Leroux in the 31st minute, when midfielder Sophie Schmidt blocked her shot from 12 yards out.

Josée Bélanger, Kadeisha Buchanan and Lauren Sesselmann were all cautioned in a physical first half.

Diana Matheson had the best chance — and Canada’s only chance — of the first half in the 40th minute, but she pushed her shot just wide of U.S. goalkeeper Hope Solo. Christine Sinclair’s flick-on to Bélanger opened up space, and Bélanger one-touched Matheson into space, but she couldn’t give Canada the lead after a slow opening to the game.

Prior to Leroux’s late goal, the second half was a more tame 45 minutes. Jonelle Filigno had a late chance to equalize for Canada, but Solo made the save look routine.

Leroux sliced at a cross in the 58th minute and it flew just wide of McLeod’s far post. Canada’s Brittany Baxter put the ball wide following a 76th minute corner.