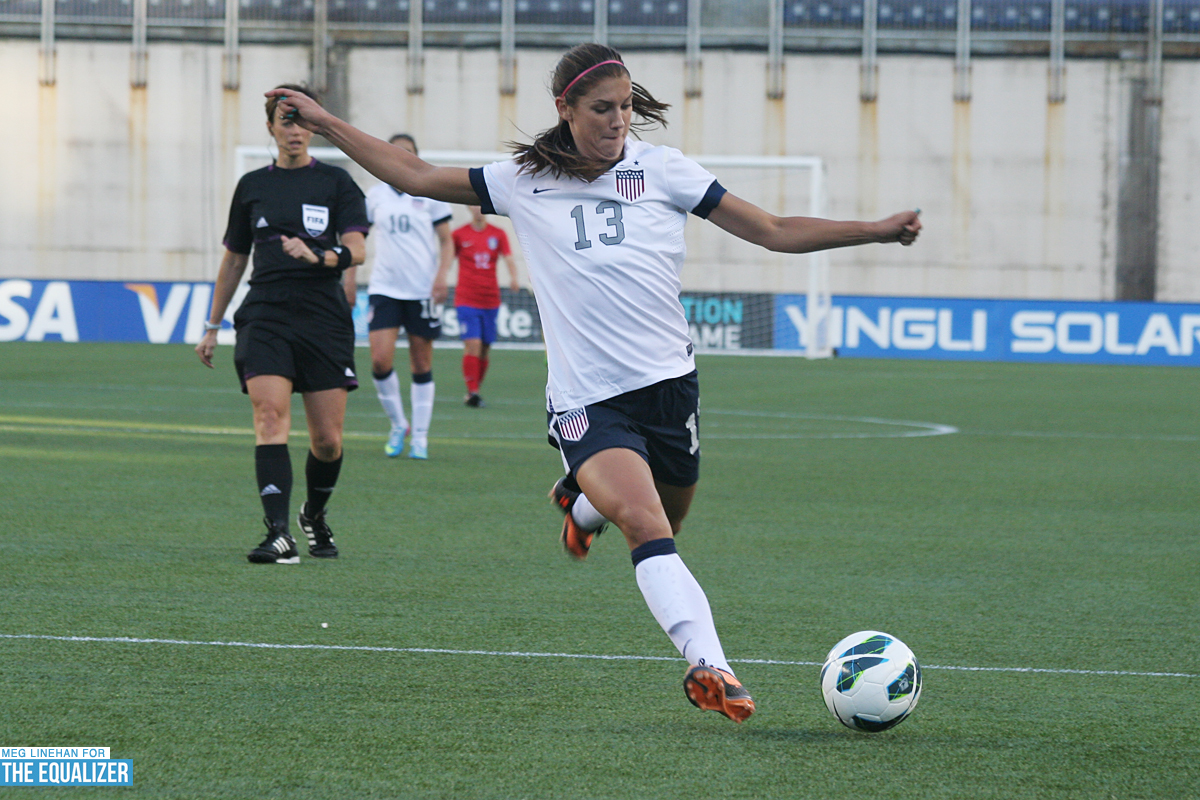 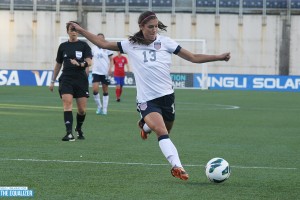 Alex Morgan was U.S. Soccer's top-paid player -- male or female -- between April 2012 and March 2013, according to a report. (Photo Copyright Meg Linehan for The Equalizer)

The financial report, according to Goff, is required to reveal the 10 highest-paid employees within U.S. Soccer, the best-paid of which is U.S. men’s national team coach Jurgen Klinsmann, who earned $2.515 million in that period. The salaries of the three players listed are pretty similar, and, as Goff notes, it’s reasonable to assume that several of the other U.S. regulars are not far behind.

According to a June 2013 report by Sports Illustrated’s Grant Wahl, Morgan’s annual income is over $1 million, “the vast majority of it coming from endorsements with brands such as Nike, Panasonic, AT&T and Coca-Cola.” That’s pre-ChapStick endorsement, too.

Pia Sundhage earned $322,000 before stepping down in September 2012. Tom Sermanni had only just begun coaching the U.S. by the end of the tax period, and thus is not on the list.