Brian’s composure, Leroux’s goal stand out for US 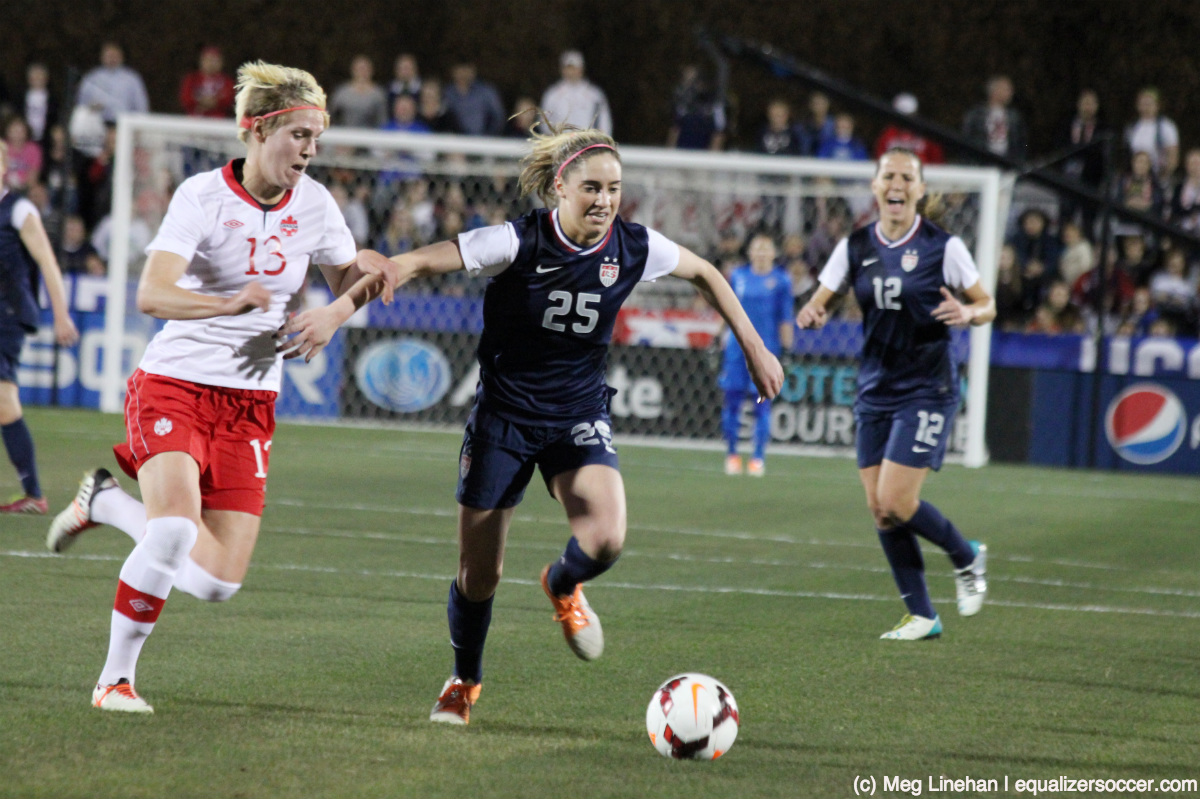 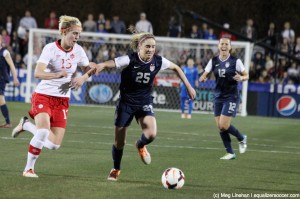 Morgan Brian, the 2013 MAC Hermann Trophy winner, stood out in her first start for the United States. (Photo Copyright Meg Linehan for The Equalizer)

In a game that often tried to move at 100 mph, there was an unlikely 20-year-old college player who served as a pace car.

Morgan Brian, the NCAA’s best player as winner of the 2013 MAC Hermann Trophy winner, started her first match for the U.S. in her fourth appearance for the senior team in a 1-0 win over Canada. The expected rust for the U.S. and Canada led to one of their sloppier meetings in recent memory, but Brian was quietly impressive in the middle of the park, filling in for the suspended Carli Lloyd.

Tasked with a more defensive role than she’s used to, Brian did her part on that end while playing a necessary, simple brand of soccer in the attack. As the U.S. pushed for direct, route-one soccer, Morgan brought a sense of calm to an otherwise frantic game.

Simple touches. Short passes to relieve pressure and hold up otherwise frantic play. Possession moments like those were what the U.S. needed more of on Friday, and performances like that will go a long way for Brian as she makes her case for the 2015 World Cup squad.

Sydney Leroux, of course, once again shined by scoring the game’s only goal, but she was the United States’ biggest threat throughout the match. With no Alex Morgan due to injury (of which a timetable for return remains unclear), Leroux started alongside Abby Wambach on Friday.

The 23-year-old got on the end of crosses from Ali Krieger and was unlucky not to put the U.S. ahead in the 13th minute after being played in by Megan Rapinoe. Leroux’s shot from was saved by Canada goalkeeper Erin McLoed from point-blank range.

Of note is how quickly the U.S. women got on the board following the inclusion of Christen Press, who played the setup pass for Becky Sauerbrunn prior to the cross for Leroux’s finish.

Overall, it was a rusty start to 2014 for both the U.S. and Canada, but Brian and Leroux can certainly be happy with their performances in Frisco.

Leroux does it again, lifts US women past Canada
VIDEO: Brian, Sermanni, Herdman react to US win