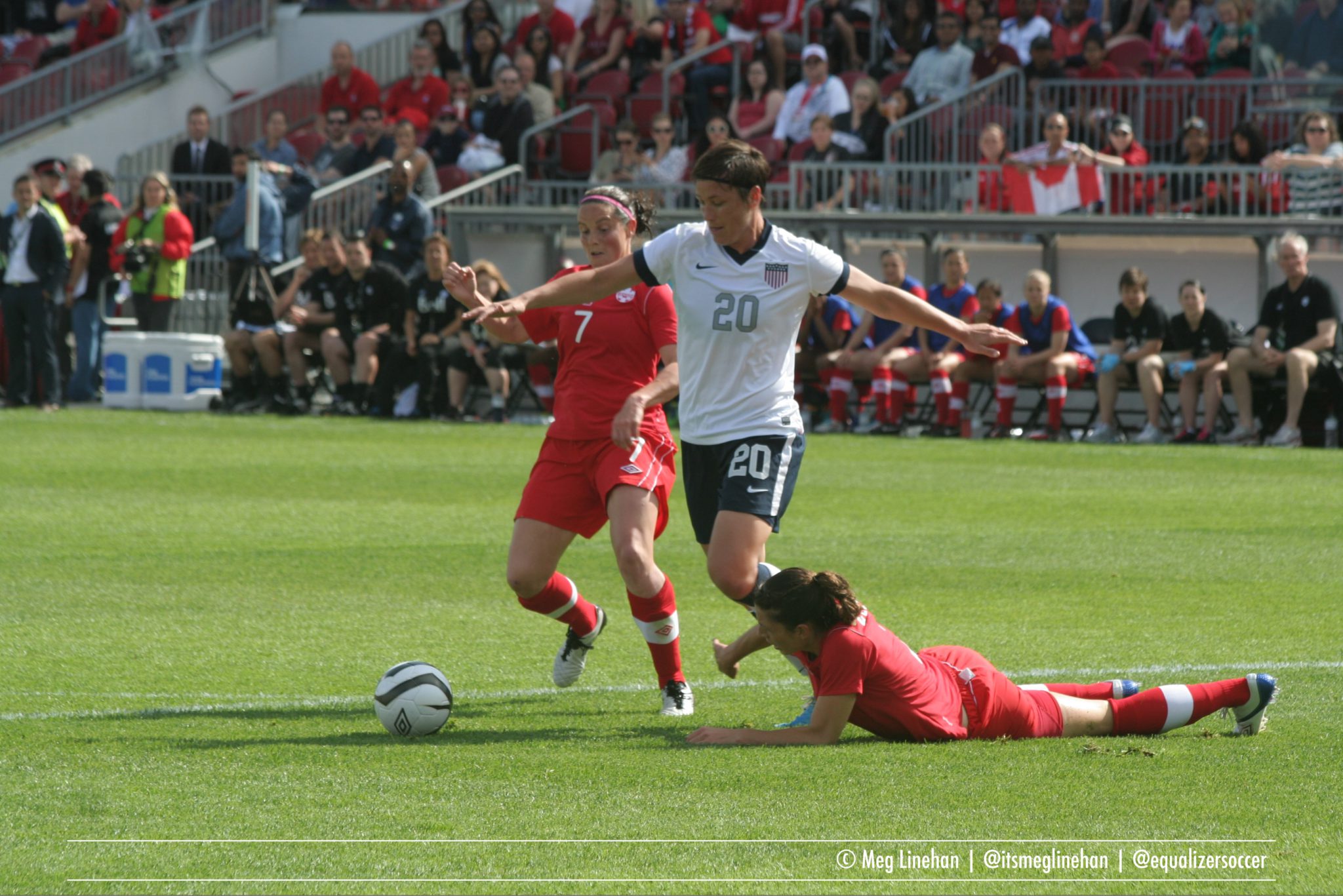 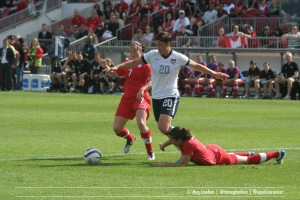 The U.S. defeated Canada 3-0 the last time the two teams met, in June 2013. (Photo copyright Meg Linehan for The Equalizer)

Throughout the last decade the Canadian women have shown that on any given day they can up their game and compete with the best teams in the world.

They have gotten results against a lot of great teams and while doing so have given Canadians hope that they could once again catch fire in an major event, like we saw at the 2012 London Olympics, where they won the bronze medal.

However, there remains one team that they cannot get past — that it’s the the team they would most like to beat adds to the frustrations.

It has been 13 years since Canada last beat the USA. Overall, the U.S. has a 46-3-5 record in a series Canadian manager John Herdman calls a “derby.”

It’s a one sided derby. Still, Herdman says Canada can expose the Americans.

“They’re an absolute machine,” Herdman said of the Americans, pointing out that they are unbeaten in 77 games at home.

He said that the key to turning around recent results is to tighten up defensively on the transition game. The Americans burned Canada on the break last time the two teams played in June 2013, when the U.S. won 3-0.

Canada’s coach believes the re-inclusion of Jonelle Filigno and Josee Belanger could make a big difference. Both players have been away from the national team setup for some time and are key to Heardman’s efforts to find secondary scoring behind Christine Sinclair.

Herdman understands how difficult the task is — he wistfully talked about how the U.S. doesn’t miss a beat when, like for this game, a player like Alex Morgan is out they can simply and interchangeably replace her with someone like Sydney Leroux. However, he refuses to dwell on the negatives.

“The U.S. has blown teams away recently, so our job is to try and reverse that trend,” he said. “I’m getting close to a starting XI that I think has the goods to do that.”

NOTES: Canada will announce next week plans for friendlies this summer in Winnipeg, Edmonton and Vancouver.

The games will be part of the CSA’s preparation for the 2015 World Cup. All three sights will host games during the tournament.

There is no official word on who will be Canada’s opponents, nor on the exact dates of the game. They likely will be in the spring to avoid conflicting with the men’s World Cup and the FIFA U-20 Women’s World Cup, also in Canada.

Leroux on Pia: ‘There was no changing her mind’
USWNT: Rivalries, returns and injury reports