USWNT prep for Canada in (chilly, for now) Texas 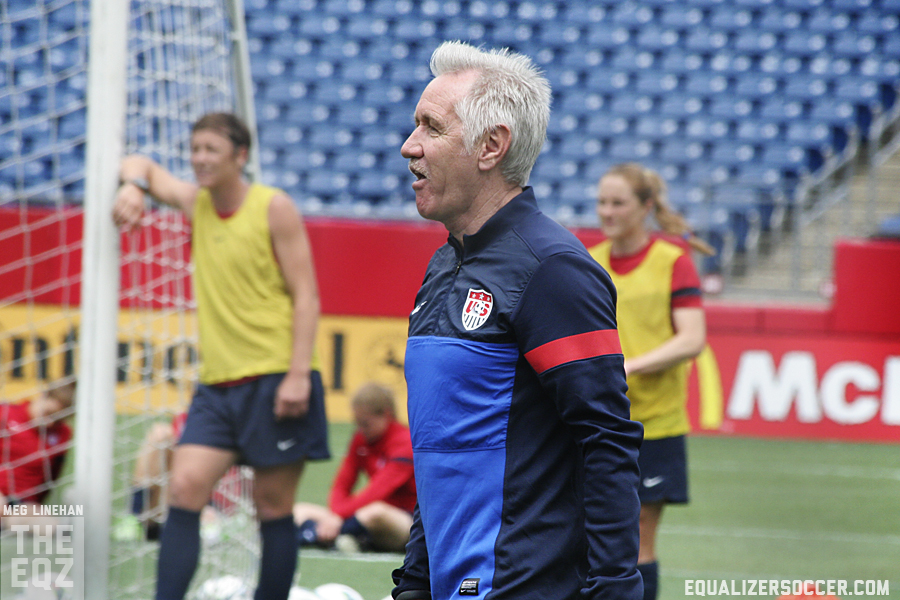 It hasn’t exactly been warm in Frisco, Texas, for the U.S. and Canadian women’s national teams as they prepare for Friday’s meeting, though by then the Dallas suburb has a forecasted high of 76 degrees Fahrenheit.

As each team prepares for their first match of the year against their border rival, U.S. Soccer caught up with some players ahead of the match. There’s nothing groundbreaking afoot as of now, though the below video will allow you to properly pronounce Rachel Van Hollebeke’s (van HOLLAH-beck) name. That will appear on a U.S. jersey for the first time after ‘Buehldozer’ officially got her name changed about a year after getting married.

Also, the U.S. women make their Super Bowl XLVII picks. Broncos or Patriots? (Of note: There is a relevant tie-in, since Friday’s US-Canada game is on Fox Sports 1 and is packaged as part of the Super Bowl week that Fox Sports is trying to hype up across all sports. The Super Bowl is Sunday.)

Morgan, Heath to miss Canada and Russia matches
Leroux on Pia: ‘There was no changing her mind’