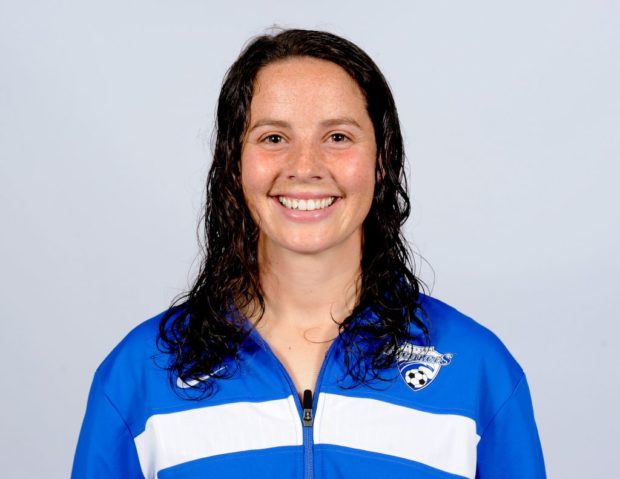 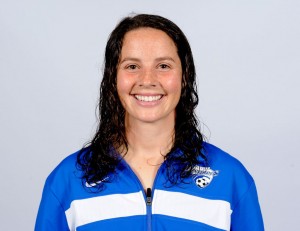 Rhian Wilkinson will forego the NWSL this season to take a job with the FIFA Strategic Committee. (Photo: rhianwilkinson.com)

VANCOUVER, Canada—When the 2014 NWSL allocation list was released earlier this month a pair of notable Canadians were not among the allocated players selected by Canada’s coach John Herdman. Rhian Wilkinson and Brittany Baxter both turned down an opportunity at a guaranteed contract in the NWSL for this upcoming season.

Wilkinson competed for the Boston Breakers last season, starting in 11 of her 14 appearances while adding two goals and an assist. The right back provided valuable experience for a young Boston team that struggled throughout an up and down season. But she decided she didn’t want to return to the league in 2014.

“For me it wasn’t the right decision,” she said last week, soon after being introduced as a member of the FIFA Strategic Committee. “I for personal reasons felt that I should be in Canada for this coming season. It was a hard decision, I really enjoyed my teammates in Boston and I think they’re going to do very well this year. It’s one of those decisions that you hummed and hawed about and went back and forth with but after talking to the people I trust and love that was the decision for me.”

The Quebec native is going to explore all of her options as she decides what her next best possible career move is. Wilkinson plans on taking a look at coaching to see if that’s something she might be interested in pursuing after her playing days are done.

“I haven’t finalized my plans yet. I think there are going to be a lot of youth national team camps that I hope to be a part of. In more than one way I hope I can train with them but also I’d like to start learning a bit more about coaching. Whether that’s what I want to do in the future, I don’t know. I do think it’s a good opportunity for me to explore those avenues and see if that’s something I might want to do.”

Coming off an exciting 2012 London Olympics that saw Canada win bronze, speculation turned to the possibility of Wilkinson hanging up her boots and stepping away from the Canadian national team. It was a close decision that almost had the veteran defender ready to call it quits. As of right now she has zero plans to retire, and Herdman is a big reason why she continued.

“Absolutely, I’m 31. I had planned on retiring after the Olympics and I thought that was a good time at 30, but I really couldn’t,” Wilkinson said. “I’m in love with this team, I love it, and love playing for John. He really re-ignited the passion for the game in me and I’m really enjoying it.”

Wilkinson is adamant that she isn’t retiring anytime soon and she talked about when and how she envisions she might decide to finish her playing career.

“Nope, I’m not retiring. You don’t really retire from the national team, you’re often told that maybe it’s time to step away. At the moment John still sees me in his plans and I hope to continue that. It’s an honour to play for your country and I want to do that for as long as possible.

“I’m committed to being a hundred percent ready to play for Canada and I’ll do that however I think is best and that will take on many different forms I think during the next year.”

On Jan. 19, Wilkinson was appointed to the FIFA Strategic Committee. She will work alongside representatives from around the world to develop football, political, economic, and social status strategies that benefit the global game.

Baxter won’t play in NWSL, either

Brittany Baxter was not able to play in the inaugural season of the NWSL as she was recovering from a serious knee injury sustained in the 2013 Cyprus Cup. Baxter is healthy this time around and she was a surprise omission from the NWSL allocation list.

The 28-year-old offered up an update on her knee and her plans going forward.

“It’s good, it’s definitely on the upswing. My knee definitely feels a lot stronger than it has in the past couple of years. I think at this point I need to be conscious of just improving my strength in my knee and making sure that I’m doing the right thing. There’s a lot of people that I’m working with to make sure that I’m headed in the right direction and so I think it makes the most sense to keep on working towards that around here (Vancouver).”

Baxter enjoys the comforts of training in her hometown of Vancouver, where Canada has been in residency camp, and she’s cautious of making any concrete future playing plans.

“I think it’s more about keeping aware of the stage right now and just making sure that I don’t take steps backwards and that I continue in the right direction. I’m feeling really good and I think it makes the most sense to keep on with what I’ve been doing locally and taking it from there.”

As of right now, Baxter has not ruled out playing for a club team at some point during this year but for now she wants to remain in Vancouver, close to her home and she decides what she wants to do.

“I haven’t really thought that far ahead yet. I’ll definitely be doing something, but in terms what and with who yet I’m not too sure.”

Canada names 19-player roster for USWNT game
Leroux on Pia: ‘There was no changing her mind’