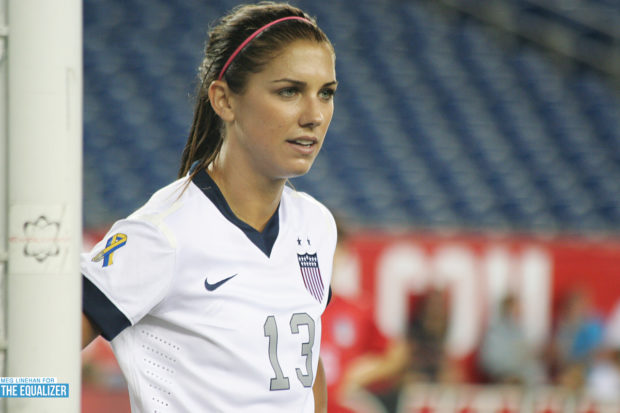 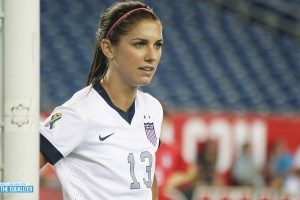 Alex Morgan is still hurt and will miss the first three games of the year for the United States. (Photo Copyright Meg Linehan for The Equalizer)

Alex Morgan (ankle) and Tobin Heath (foot) will miss the United States’ first three matches of 2014 — Jan. 31 game against Canada in Frisco, Texas, then twice against Russia on Feb. 8 and 12.

The news comes as expected as Tom Sermanni on Friday named his 24-player roster for the three matches.

Morgan will join the team in Texas “for a few days…but only for rehabilitation and evaluation purposes,” U.S. Soccer said in a release. Heath will stay in France with PSG and is “progressing,” U.S. Soccer says, but she is not ready to play.

Amy Rodriguez is on the roster and could see her first game action since 2012 after missing all of 2013 while pregnant.

Two college players have been called up: 2013 MAC Hermann Trophy winner Morgan Brian and UCLA midfielder Samantha Mewis, who won an NCAA title in December. Kristie Mewis, Samantha’s older sister, is also in camp, which should they both see the field would mark the first time sisters have played together on the U.S. since 1998, when identical twins Lorrie (120 career caps) and Ronnie Fair (3 caps) played together.

Rachel Buehler has changed her name after getting married in November 2012 and now goes by Rachel Van Hollebeke.