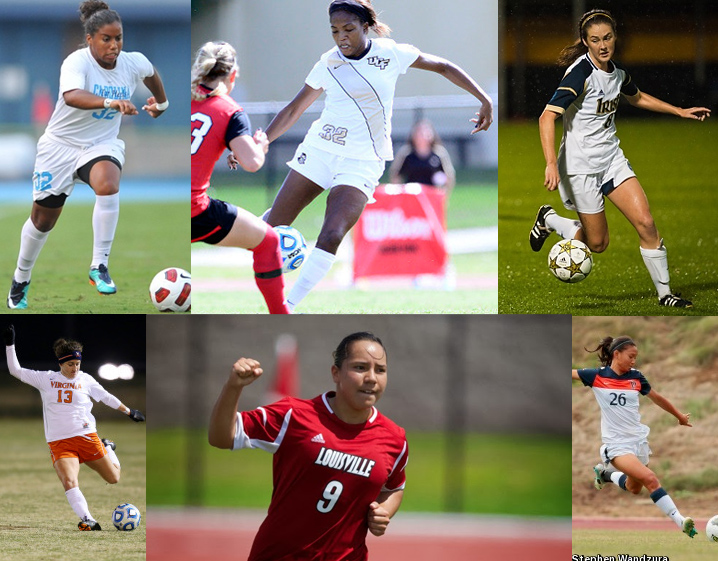 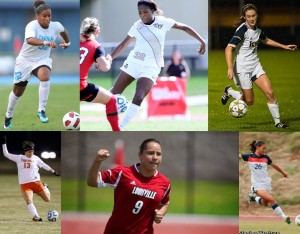 The 2014 draft class is loaded with talented strikers. It’s no wonder when compiling a list of so-called sleepers for the upcoming draft the result is a defense-oriented list. These players might have flown under the radar until now, but that may not last. Given the heavy concentration of forwards in the draft, defenders will likely come off the board more quickly than expected.

Molly Menchel – D  (Virginia / 5’4”/ Alexandria, Virginia) – Undoubtedly, left back has the least amount of depth of any position in the league. Teams looking to fortify this spot might snatch up Menchel, a three-year starter at Virginia. She’s a smart defender who’s capable of delivering on-point crosses. She’s also plenty capable of contributing to the attack. She’s the all-time leader in scoring among Virginia defenders averaging over 4 goals a year. More impressively, eight of her 13 career goals were game-winners. The downside to Menchel is she that doesn’t have the speed normally seen at the position.  She played for the Spirit Reserves last season and D.C. United prior to the formation of the NWSL. May she start her professional career on familiar ground?

Meg Morris – D/M  (North Carolina / 5’2” / Montclair, New Jersey) – Morris is incredibly tough, gritty and aggressive–a real wrecking ball on the flanks. There are concerns about her ability to last more than a limited number of minutes at the pro level due to her conditioning level, and coach Anson Dorrance utilized her as more of a 15-minute lightning bolt for UNC. She could absolutely make an impact at the pro level as a sub late in a game and would be a nice local pickup for Sky Blue. Morris had a run in the youth player pool for the U.S. and played on the U-20 WWC squad in 2010.

Elizabeth Tucker – M/D (Notre Dame / 5’6” / Jacksonville, Florida) – “Tuck” transitioned from midfield to left back as a senior for the Irish and didn’t miss a beat. She’s not a natural at the position, though, so would fit better in a midfield. Randy Waldrum was very profuse in his praise of her adaptability and willingness to do whatever would best help the team. Her endurance is beyond question, as she lettered in track, cross country and basketball in high school. On track to graduate as valedictorian with an accounting degree, Tucker may enter the “real world” rather than declare for the draft.

Charlyn Corral – M/F (Louisville / 5’3” / Mexico City, Mexico) – Clever, technically-gifted attacking midfielder for Mexico who came into the Cardinals’ program as a junior and dazzled from the outset. Blessed with the typical Latin flair, Corral will work well as a playmaker in a possession-oriented attack. She’s deceptively stocky, but her maneuverability with the ball at her feet is exquisite and it’s difficult to knock her off the ball when she’s on one of her pinball runs through the midfield. Given a glimpse of goal, she’ll shoot from anywhere and Corral has great accuracy, both in the run of play and on free kicks. Influenced by her brother, currently a professional player in Mexico’s top flight, Corral started at a young age and broke into Mexico’s U-20 pool as an 11-year-old. At 14 she became the youngest player to score in the U-20 World Cup and played for the full national team in the 2011 World Cup. International player restrictions may hamper her ability to break into the domestic league, but that would only be to the league’s detriment as she’s a genuine thrill to watch.

Marissa Diggs – D (University of Central Florida/ 5’7”/ Rowlett, Texas) –  The Defensive Player of the Year in the AAC as a senior and in Conference USA as a junior, Diggs is a pure athlete. She’s fast, powerful, agile and aggressive. An intimidating physical presence as a center back, Diggs is a fierce ball-winner, great in 1-v-1s and a real bully in the air anywhere near the box. Her footwork is solid enough, but distribution and decision-making under pressure have some room for improvement before she’s the finished product. The learning curve might be a little steeper for Diggs at the next level than some of the more polished defenders available, but she’s got enough upside to justify a small leap of faith from a pro team.

Michelle Pao – D/F (Pepperdine/ 5’4” / Cupertino, California) –  Pao is an outside back with great pace and can make dangerous forays into the offensive side of the field as well. During her time at Pepperdine, Pao averaged 4.5 assists per season, tallying a career high of nine her junior year. Unlike left backs discussed above, teams don’t have the same kind of need at right back. Nonetheless, Pao is well worth the look.  This past season she became the first Wave in history to make the All- WCC first team four times. Given her pace and attacking mentality, she could also play further up the field.

At center back or forward, Frisbie ready for NWSL
NWSL releases list of eligible players for draft