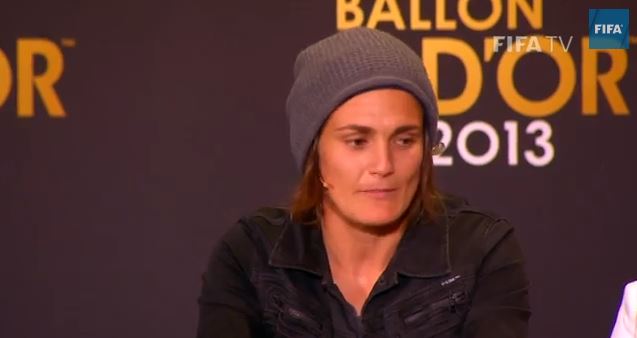 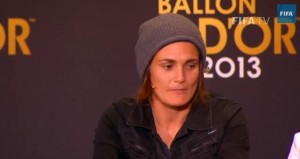 Nadine Angerer will play for Portland Thorns FC in 2014.

German goalkeeper and European Player of the Year Nadine Angerer will play for Portland Thorns FC in 2014, she announced at the FIFA Ballon d’Or press conference in Zurich on Monday. The Thorns confirmed the move later in the morning.

“It is with great pride that I look forward to joining the current U.S. champion club in Portland and I hope I can contribute to another successful season for Thorns FC,” Angerer said. “I am excited to play for a team with many of the top women’s players in the world.”

Angerer led Germany to the Euro 2013 title in August, stopping two penalty kicks in a 1-0 final over Norway. The 35-year-old played for 1. FFC Frankfurt since 2009, but decided to leave her home country to play in the Australian W-League with Brisbane Roar this short 2013-14 season — which ends in late February — and then in the NWSL in 2014.

“Nadine will provide the club with a tremendous amount of leadership and experience,” Thorns general manager Gavin Wilkinson said. “She has been an impact player on the German National Team for many years and is currently one of the most well-regarded goalkeepers in the game. We feel that with her successful track record, she will be a valuable addition to Thorns FC.”

Karina LeBlanc started 21 of Portland’s games, giving up 23 goals, but as part of Angerer’s signing, LeBlanc was traded to the Chicago Red Stars, where she signed for in 2010 but never played after the team dropped down from WPS to the WPSL. Portland won the 2013 NWSL title, beating the Western New York Flash in the final.