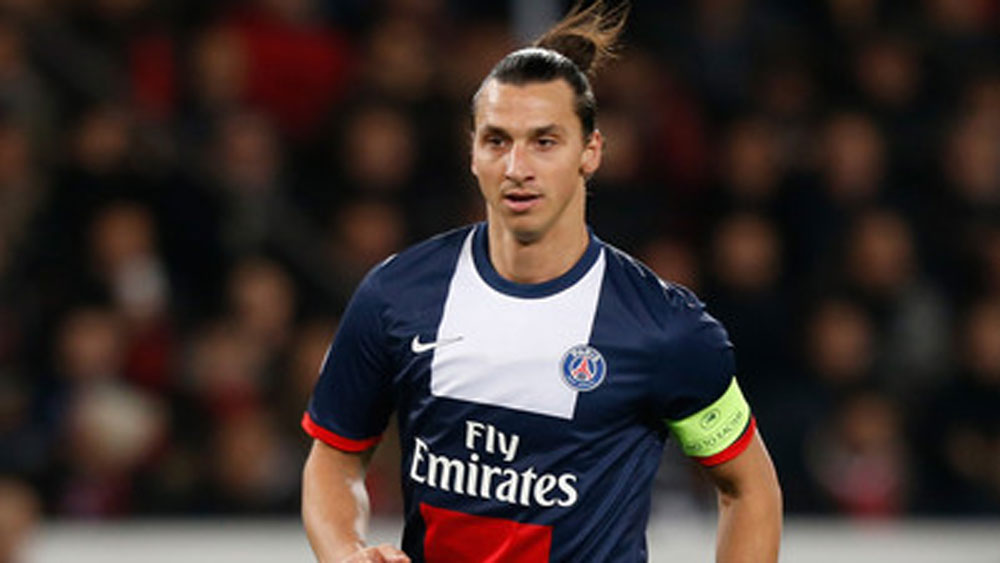 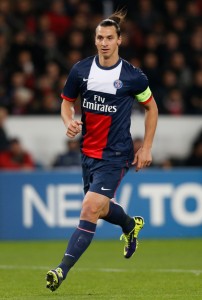 Swedish international and Paris Saint-Germain star forward Zlatan Ibrahimovic caused considerable controversy in November and December in Sweden for a few statements at a Swedish awards ceremony that were largely perceived — certainly not by him — as degrading to the women’s game.

Sweden has long been perceived as a strong base for the women’s game as the socialistic, egalitarian country has supported the rights of women to play from a young age. Sweden’s women’s national team finished second in the 2003 Women’s World Cup, losing to Germany 2-1 in overtime, and finished third in the 2011 World Cup in Germany; their pedigree is top-notch. Sweden hosted the second-ever Women’s World Cup in 1995. Their Damallsvenskan is a first class league and though semi-professional, has attracted Brazil’s Marta, USA’s Christen Press and Yael Averbuch among others in recent years, as well as the vast number of Iceland and Finland’s national team pool.

But Ibrahimovic, one of the men’s games biggest stars, feels that their success should not be compared to that of the men. First Ibrahimovic told media:

“I was asked last summer who was the best, me or [Swedish women’s national team forward] Lotta Schelin. You’re kidding with me, right? You’re joking with me. Do I have to answer that?…When I come out in Europe, media compare me with Messi and Ronaldo. When I get home they compare me with female players. What the hell? Should I be ashamed of being a Swedish footballer?”

He was trying to justify why midfielder Anders Svensson was presented with a new Volvo by the Swedish Football Federation for eclipsing goalkeeper Thomas Ravelli’s record of 143 international appearances. (Ravelli’s one stint outside of Sweden was with MLS’ now defunct Tampa Bay Mutiny in 1998). At the same event, Therese Sjogran did not receive a car for earning 187 caps, a record on the women’s side.

Ibrahimovic further exasperated the comment when he tried to explain himself: “I feel extremely sad for everything he [Svensson] has done all these years. Now he put his shoes on the shelf and it has added a black shadow over everything he has done, just because of a car! Where any of the ladies have said this about the ‘law of jante,’ that they should get the same as us…clearly Anders deserves a car; it’s clear he’ll have something back for it.”

When queried by the press, Ibrahimovic further emphasized his feeling that women’s soccer is far below men’s when he said: “They can get a bike with my autograph so it will be enough.” Jante is a Swedish concept that places a premium on collective over individual effort and even discourages those who stand out as achievers. Interestingly, Ibrahimovic, a hugely talented individual of Bosnian and Croatian descent, has often been criticized for his individualist play and independent streak off the field.

Karl-Erik Nilsson, the chairman of the board of the Swedish FA, defended Ibrahimovic. “Do not forget that in the interview he expresses his great respect for women’s football, the women’s team and what they have accomplished,” Nilsson said.

Johan Lindvall, the brand manager of Svenska Spel, which runs government lotteries and gambling and is the FA’s largest sponsor, took a different viewpoint: “We work hard to get to a healthier balance between the women’s and men’s football. What is problematic is when [Ibrahimovic] is making chumps of women’s football, when he talks about that they can get a bike with his autograph on [it]. Then he says, of course, that he has the utmost respect for women’s football, but he chooses to joke.”

Caroline Seger, a long-time lynchpin of the Swedish women’s national team and who won a WPS title with Western New York in 2011, talked about why the comment was so damaging:

“When I was 5 years old, I dreamed of one day playing in the national team….during my career, I have seen women’s football develop and grow. I have experienced a championship [last summer’s Euros] at home where I have seen young girls and boys have idols and role models. Never have I over the years [felt] as small as I did when our biggest sports profile of all time expressed his opinion about women’s football. A person [who] many if not all look up to and listen to. I never asked to be compared and I’m not so stupid that I do not understand that there is a huge difference in men’s and women’s football, but having said that, you have to be able to have the respect towards women’s football and the people, both on and off the field, that put down time and energy on what they love to do. I ask you to respect women’s football but most of all I ask you to think about what you say because there are many five-year-old girls who have the same dream I once had.” Pia Sundhage, now Sweden’s women’s national team coach after leading the U.S. national team since late 2007 said succinctly: “Boring and sad for Swedish football when a team captain puts it so. It shows a lack of male football’s values.”

Ibrahimovic’s words are the latest in a worrying trend of condescending comments to women involved in soccer. Laurent Blanc, a World Cup winner as a player, a former France national team coach and currently head coach at Ibrahimovic’s club side, Paris Saint-Germain, in December made condescending statements to a Swedish reporter —  Johanna Franden from Aftonbladet — who asked about the team’s tactical formation. Blanc exclaimed, “women talking football tactics, it’s so beautiful. I think it’s fantastic. You know what 4-3-3 means, don’t you?” Franden responded matter-of-factly with: “It is my job to know what it means.”

England has seen soccer presenters on television fired for jokes about lineswomen and fellow presenters. Former AC Milan and Italy midfielder Gennaro Gattuso criticized women’s place in the game when he questioned his former club hiring Barbara Berlusconi as general manager, saying: “I’m sorry, but I really don’t think much of women in football.”

In the summer, now dismissed Australian national team coach Holger Osieck said that all women should shut up and that he even told his own wife the same thing on occasion. Caught off-guard by the resulting furor, Osieck — who once coached the Canadian men’s national team — said he was joking.

Saying something that is so demeaning and disingenuous to women and the women’s game is not justified by calling it a joke. It’s not funny; these statements are hurtful and the resulting criticism is justified. The damage is not easily undone. Ibrahimovic, Gattuso, Osieck and Blanc and the others are opinion leaders; they are looked up to because of their accomplishments in the game of soccer. Because they minimize the women’s game, it makes it easier for others to do it.

The challenge in developing nations — particularly in parts of Asia, Africa and Latin America — is to make it acceptable for young girls to play and receive the blessing of their parents. Statements like these make that job harder. Ibrahimovic is one of the biggest names in the game. His comments are analyzed and accepted around the globe through social media and in cases like this, that’s unfortunate.

Spare a thought for Theresa Sjogran, who played in WPS in 2011 with Sky Blue. I interviewed her at the Women’s World Cup that year and found her quite articulate, genuine and interesting. She loved playing in America and wanted to return. She now plays in Malmo in the Damallsvenskan. Though she didn’t start this flurry of comments, they impact her and her name is attached as part of the discussion — something that she didn’t ask for. She should feel aggrieved, as should anyone who loves the women’s game.

Note: After initially not making a response, Sjogran said to Sveriges Television (SVT) “If they honored him (Svensson), they should honor me.” After the fact, French car company Peugeot awarded her a vehicle to recognize her landmark achievement.

Tim Grainey is a contributor to Equalizer Soccer. His latest book Beyond Bend it Like Beckham was released in May 2012. Get your copy today.