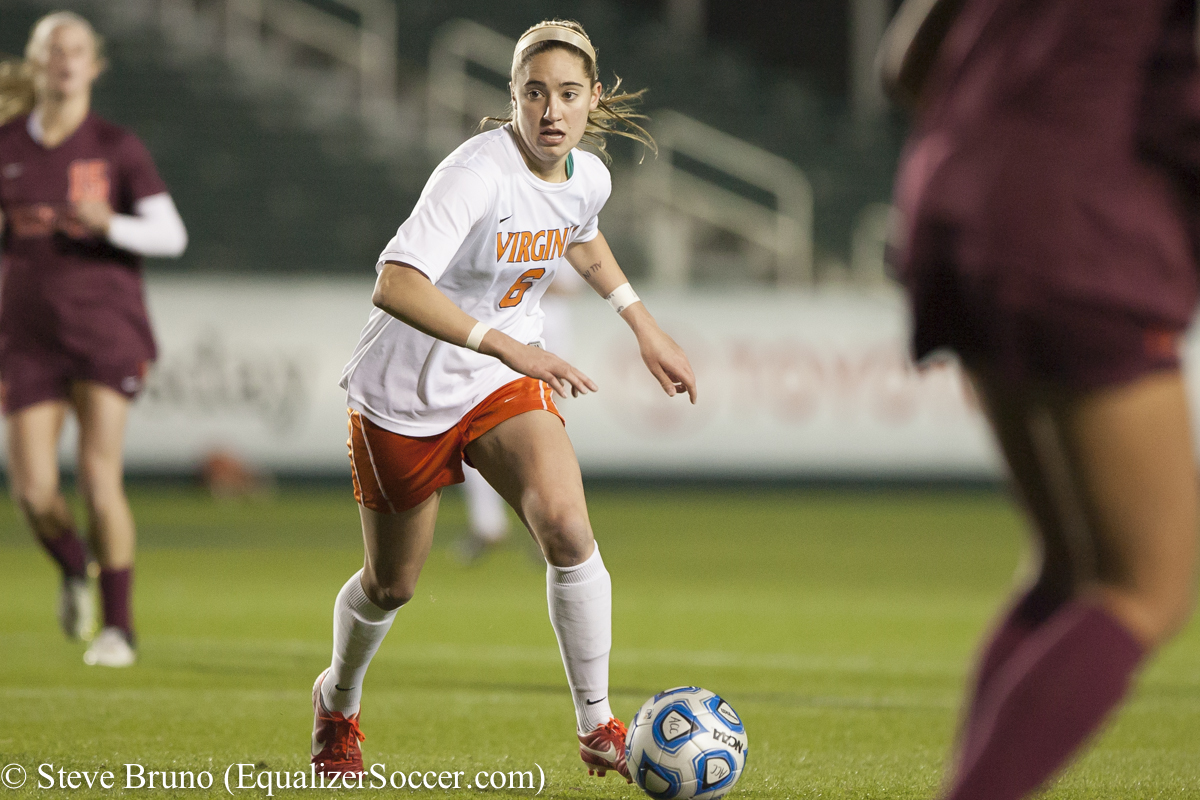 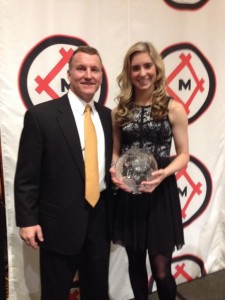 Brian had 16 goals and 14 assists this season for Virginia, tying for the ACC lead with 46 points. Brian led Virginia to their first-ever College Cup, where the Cavaliers lost in penalty kicks in the semifinals to eventual NCAA champion UCLA.

All three of Brian’s caps with the senior U.S. women’s national team came in 2013, and she scored her first goal close to home on Sept. 3 at RFK Stadium in Washington, D.C., in a 7-0 win over Mexico.

“I want to thank coach (Steve) Swanson, my teammates and the University of Virginia because without them, obviously none of this is possible,” Brian said.

Dunn was the first player since Mia Hamm in 1993 to win the ACC Player of the Year award three times in a row, but could not repeat as Missouri Athletic Club Hermann Trophy winner.

Dahlkemper, the third finalist, was the first defender to be nominated as a finalist for the award since Cat Reddick (now Whitehill) in 2003. She was a key piece to UCLA’s first ever NCAA championship.

“I want to thank coach (Steve) Swanson, my teammates and the University of Virginia because without them, obviously none of this is possible,” Brian said.

Maryland’s Patrick Mullins won the men’s MAC Hermann Trophy, marking the fifth time the ACC has swept the men’s and women’s award in the same year.