A look back at the WPS expansion drafts 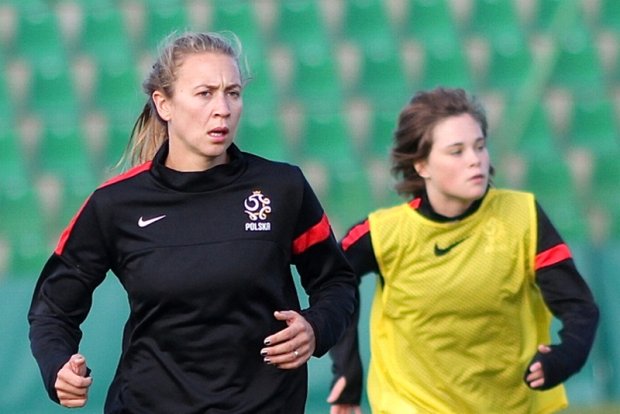 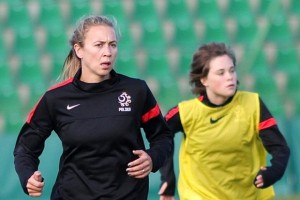 Nikki Krzysik (left, with Poland) was an expansion draft pick of the Philadelphia Independence and helped them into two WPS finals. (Photo: www.poznan.sport.pl / Hanna Urbaniak)

Women’s soccer has two previous expansion drafts to look back on and it is unclear if either will offer any sound, historical perspective ahead of Friday’s Houston Dash player grab.  The first one featured a format highly tilted towards the existing teams, and the second one took place in an odd climate wherein several big-ticket players were free floating after FC Gold Pride folded and the league elected not to hold a dispersal draft.  Nevertheless we’ll take a look back, if just to jog the memory bank a little.

The Beat and Independence joined WPS for 2010 and were allowed to take a whopping nine players each off of the seven holdover clubs.  The teams were allowed to protect 10 players not including free agents, but had to leave at least six exposed.  The expansion teams were forced to jointly take one player from every team before taking a second from any team, and two additional players were protected after one was lost.

The Beat went first and took Leigh Ann Robinson from FC Gold Pride.  Robinson did decent work in Atlanta but was far from the player she was in Kansas City last season that earned her a look from the national team.

The snake format allowed the Independence the next two picks and they hit the jackpot with Lori Lindsey and Jen Buczkowski.  Lindsey was a tough exposure for Jim Gabarra in Washington and Buczkowski made a name for herself subbing for Anita Asante in central defense during Sky Blue’s title run the prior summer.  Both went on to be key cogs in the Independence reaching the final in both seasons they played and Buczkowski has quietly become one of the best defensive midfielders anywhere.

Picks alternated from No. 4 on.  The Beat took Amanda Cinalli and then the Independence swooped in and grabbed Nikki Krzysik who became a regular starter and has since played for Poland.  The only player taken thereafter who had much impact was Danesha Adams, who improved her game in Philadelphia.  The Independence also took Sue Weber, Sarah Senty, and Kelly Schmedes.  The Beat grabbed Katie Larkin, Sharolta Nonen—who was a top defender for the WUSA Beat but well past her prime by WPS—Sara Larsson, and Noelle Kesselica.

Both teams passed after 13 players were off the board, ending the draft.

The Independence got the better of the Beat in the college draft as well, partly because Beat pick Tobin Heath got hurt and missed most of the season.  Another factor was trades.  The Beat overvalued Allison Whitworth and wound up moving the picks that turned into Ali Riley and Becky Edwards to get her.  The Independence traded picks and wound up with Val Henderson and Amy Rodriguez who scored 17 goals over two seasons.

There was also a dispersal draft two weeks after the college draft when the Los Angeles Sol folded suddenly.  The Independence clearly got the better of the expansion draft making the final twice while the Beat won only six times in two seasons and never finished ahead of another team.

One year later.  A different time.  A league teetering on the brink.  Enter the Flash and their late-moving bid to move up from the W-League as an expansion franchise.  On the flip side, FC Gold Pride was gone.  The Red Stars were in limbo and would move down to WPSL.  And the Freedom were being sold to a mystery owner who would bang the final few nails in the coffin of the WPS.

As for the expansion draft 10 players were protected again with a minimum of three exposed.  The Flash had to take from each team before repeating and teams could protect an extra player after losing one.  It never got that far though.  The Flash took only two players—Kaley Fountain and Beverly Goebel.

The Flash wound up winning the 2011 WPS championship though it had little to do with Fountain or Goebel, who was red carded from the final.  After mostly eschewing the expansion draft the Flash threw around their money by signing Marta, Christine Sinclair, and Ashlyn Harris among others.  They also selected Alex Morgan with the top pick in the 2011 draft.