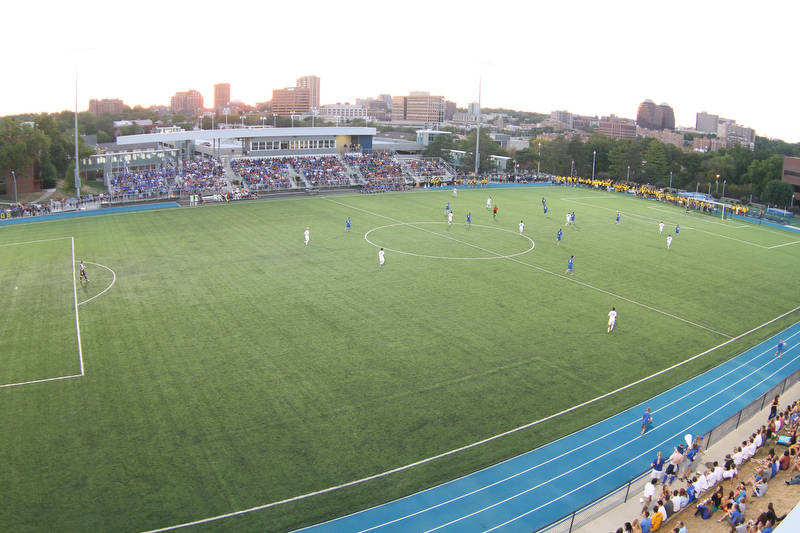 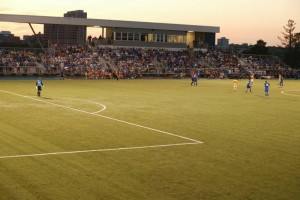 KC fans rejoice. No football lines for Blues home games over the next two seasons.

FC Kansas City matches will accommodate fewer fans in 2014.  There will be fewer football lines as well.  The Blues announced Wednesday that they will play their home games on the campus of University of Missouri-Kansas City (UMKC.)  The agreement, which runs through the 2015 NWSL season, calls for FC Kansas City to expand Stanley H Durwood Stadium to about 3,200 for its capacity.  That is down about a thousand from the club’s impressive, 2013 average at Shawnee Mission North High School, but gone are the gaudy football lines that drew the ire of fans inside the stadium and out.

“We understand seating capacity is smaller than what our average attendance was last season,” FC Kansas City President, Brian Budzinski said in a statement.  “But we felt the move to a soccer-specific facility of this caliber was important for our fans’ game day experience and for the players on the field.”

FC Kansas City’s multi-year deal with Verizon Wireless is immune to venue changes and will continue.  The club will reference their home ground as Verizon Wireless Field at Durwood Stadium.  The stadium is located on the Missouri side of Kansas City, about five miles south of the Power and Light District.

“We are Kansas City’s professional women’s soccer team,” Budzinski said.  “We are excited to bring world class soccer to the campus of Kansas City’s university.”

Mock drafts: Who should the Dash draft?
Houston Dash get second pick in college draft