Morgan still getting ankle back to full strength 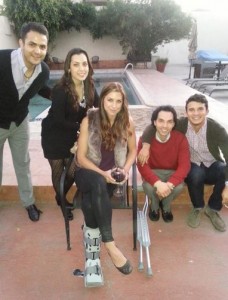 Alex Morgan in a walking boot on Christmas. (Photo: Twitter.com/elgenemd)

It appears Alex Morgan is still working on getting her left ankle back to full strength.

A photo of Morgan (right) posted to Twitter on Sunday shows the United States and Portland Thorns FC star forward in a walking boot. And a Christmas Eve photo of Morgan with a fan includes said fan referencing a stress fracture.

But a U.S. Soccer spokesman said Thursday that there is no such diagnosis and that Morgan’s ankle was sprained in late October. Morgan’s participation in the United States’ two-week, early December training camp was limited, but she is expected to be ready for the Jan. 31 game against Canada in Frisco, Texas. Camp for that game begins in Carson, Calif., on Jan. 8. U.S. Soccer stressed everything was precautionary.

Morgan injured her left ankle during training in San Antonio in the days following the United States’ 4-0 win over Australia on Oct. 20. She sat out the following two games against New Zealand on Oct. 27 and Oct. 30, but came on as a substitute in the final game of the year, a 4-1 win over Brazil on Nov. 10.

On Oct. 26, U.S. Soccer told The Equalizer that Morgan was sitting out as a precautionary measure, but she wore a walking boot at training that day as well (photo) and has worn it at times since then.

Morgan also sprained her left MCL in early August, but came back less than four weeks later to play the final 19 minutes of Portland’s NWSL Championship win over the Western New York Flash.

US Socccer (and EQZ, of course) wish Happy Holidays
Dash add DiCicco as consultant, not coach