The Lowdown: Checking in on Flash, Reign rosters 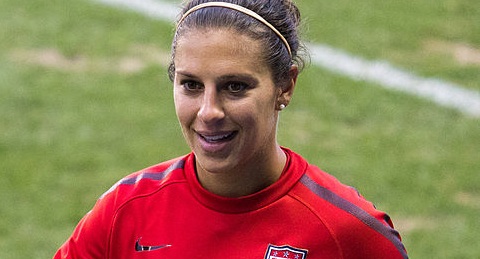 The Reign have made lots of changes since the end of the season. Jessica Fishlock figures to be in the middle of things in the new year. (Copyright Patricia Giobetti | http://www.printroom.com/pro/psgiobetti)

The NWSL has entered a quiet period during which the Houston Dash are able to sign discovery players but no other teams are permitted to make transactions.  The Spirit finalized a contract with Jodie Taylor, but Taylor was already Spirit property and negotiations pre-dated the quiet period.

Some teams have been quiet this off-season while others have already had wild roster turnover.  This is the first in a series of the final four Lowdowns where we will take a spin around the league in an effort to figure out how the rosters are shaping up.  We’ll start with the league’s quietest club—the Flash, and its noisiest—the Reign.  Keep in mind that expansion draft details are still pending and teams will be losing players to the Houston Dash in the next few weeks.

OUTLOOK:  Franch is a star in the making who easily could have been Goalkeeper of the Year as a rookie.  The guess is the Flash will need a second string as a reduction in allocations from Mexico would almost certainly mean the end of Tajonar as a subsidized player.

OUTLOOK:  Missing from the list is Alex Sahlen who recently announced she is pregnant and won’t play in 2014.  That means Sarah Huffman probably has a regular position in the starting XI.  McCarthy is a Canadian allocation with no guarantee of being contracted again.  This was an underrated group last season and could be viewed as a finished product if no one leaves town.

OUTLOOK:  I liked the midfield better with Samantha Kerr on the wing instead of up top.  That said Lloyd played some of the best soccer of her career in 2013 and helped make this a top midfield.  It should not need much more than a tweak or two going forward.

OUTLOOK:  Things are never all bad when Abby Wambach is one of your forwards, but finding her a strong partner is likely to be the club’s top target heading to the draft and international transfer window.  Adriana was inconsistent and Robinson played few minutes as a Canadian allocation.  DiMartino showed signs and could eventually develop into a solid starter.

OVERALL OUTLOOK:  The Flash were very good last season and have done little this offseason.  A forgotten nugget is that they only received two allocations from the U.S. last season where everyone else got three.  If U.S. Soccer decides to go with three per team in 2014 that means another very good player is heading to Western New York free of charge.  It should not take much for the Flash to be very good again and to this point they are the only NWSL club with a sustained culture of success.

OUTLOOK:  Club obviously needs a backup after dealing Michelle Betos to the Breakers.  It would behoove them to get themselves a quality backup because Solo figures to miss a few games for national team duty and she admitted it was difficult to find motivation for NWSL matches at times last season.  Strong competition at the club level would probably serve to sharpen Solo, who is not yet a year removed from wrist surgery.

OUTLOOK:  The Reign have made marked improvements so far this offseason but the back line remains a developmental area.  Stephanie Cox should be better with the rust off and players like Lauren Barnes, Elli Reed, and Kate Deines had their moments in 2013.  Overall they never found a central defense rock in ’13 and it does not look like there is one in this group.

OUTLOOK:  Don’t be fooled by the shortage in players.  Many of the Reign’s listed defenders and forwards (positions were taken from the Reign’s official website) are more than capable of playing in the midfield.  The trio of Fishlock, Nogueira, and Winters gives the Reign a deep core of players capable of playing on top of the back four and will give Laura Harvey flexibility with her midfield setup.  Little can score as well as link to the forwards.  Flank play could be a challenge with this group.

OUTLOOK:  Adding Leroux gives the Reign instant scoring credibility while Foxhoven and Goebel are excellent choices as companion strikers.  Rapinoe’s exact role will probably depend on how the team does between opening day and whenever she gets there, but it would not surprise to see her playing deeper than she did in ’13.

OVERALL OUTLOOK:  Harvey has done a good job turning over the roster.  Rather than stubbornly sticking with what did not work she went about making wholesale changes.  There is still more work to do and of course the glut of new acquisitions will have to click, but as presently constructed this team is not likely to start 0-9-2 again.