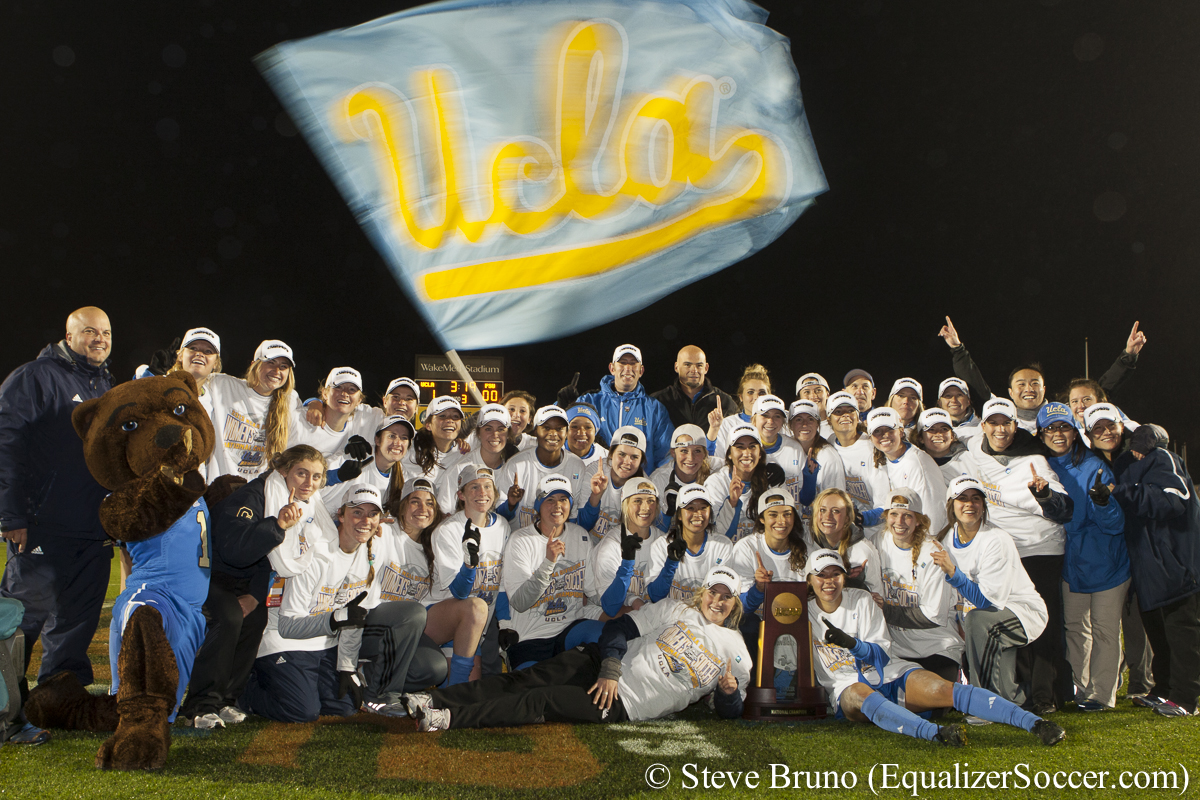 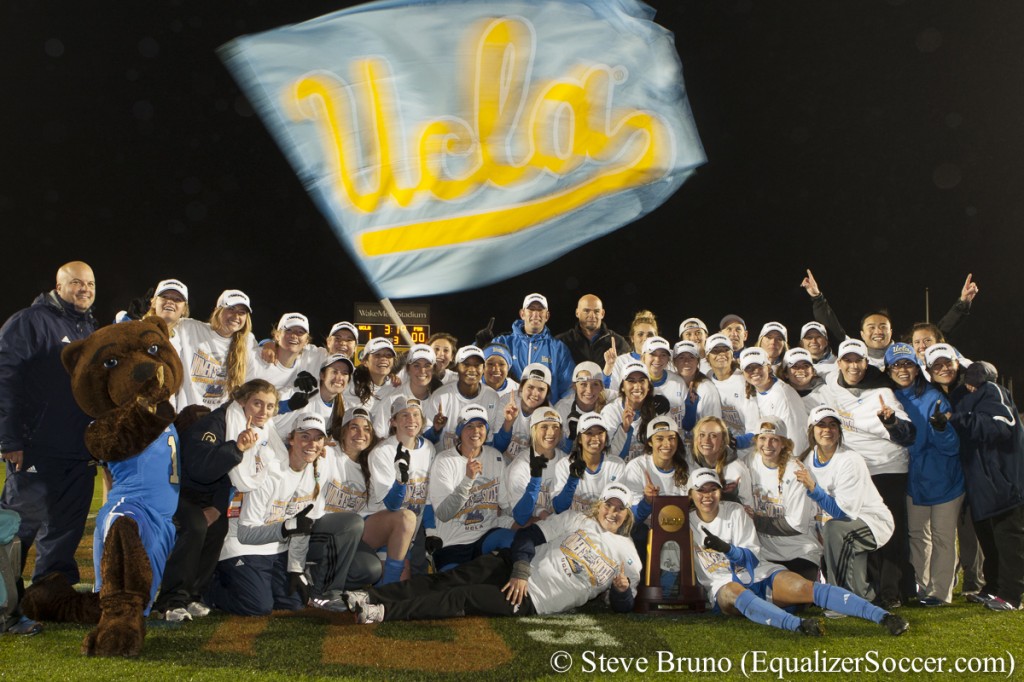 “The whole game we knew we had it in us,” Lavrusky said. “Once we got to that first overtime, we knew our chances were coming so we just had to finish one.”

Lavrusky did just that, collecting a through-ball from Megan Oyster, burying it past Florida State goalkeeper Kelsey Wys with just minutes left in the first extra time period. 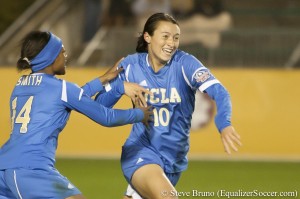 UCLA had the better of chances throughout the match and sophomore forward Taylor Smith hit the woodwork twice in the first half, sending a shot off the crossbar in the 30th minute and one off the post with just over a minute left in the half.

The Bruins defeated San Diego St., Kentucky, 2011 champion Stanford, defending champions North Carolina in the quarterfinals and No. 1-overall seed Virginia to get to the title game against FSU. First-year coach Amanda Cromwell, who made the move over from UCF in the spring, was quick to point out the tough road for the Bruins, who felt they deserved a No. 1 seed.

“If you look back, it may be one of the best runs ever. It really might be,” she said. “This team is phenomenal. The amount of talent we have and what we brought forth throughout that run: the mentality and the resolve. I think the toughness of those games brought us to this point, and I knew these girls were destined to win it.”

Florida State, meanwhile, has still never won a national championship despite seven appearances in the College Cup. This was the second time the Seminoles made the final under Mark Krikorian, also losing in 2007 to USC.

“Going through the season and being successful has been great, but this is our third year back here and we’re not satisfied with losing the championship,” FSU senior defender Kassey Kallman said. “So I wish the best of luck to them next year and hopefully they get it done.”

The championship is a record 110th overall NCAA title for UCLA across all sports.

“Women’s soccer at UCLA has never won a national championship, so we felt like we weren’t really a part of (it),” said junior midfielder Sam Mewis, sister of U.S. international and Boston Breakers midfielder Kristie Mewis. “UCLA leads the country in most national championships and we wanted to contribute to that. After baseball won 109 in the spring, it was so cool to witness that and see how awesome it was for them – we know a lot of them – and we wanted to become a part of it and contribute to UCLA and this was our way of doing it. It’s unreal we won our 110th one. We’re so happy.”