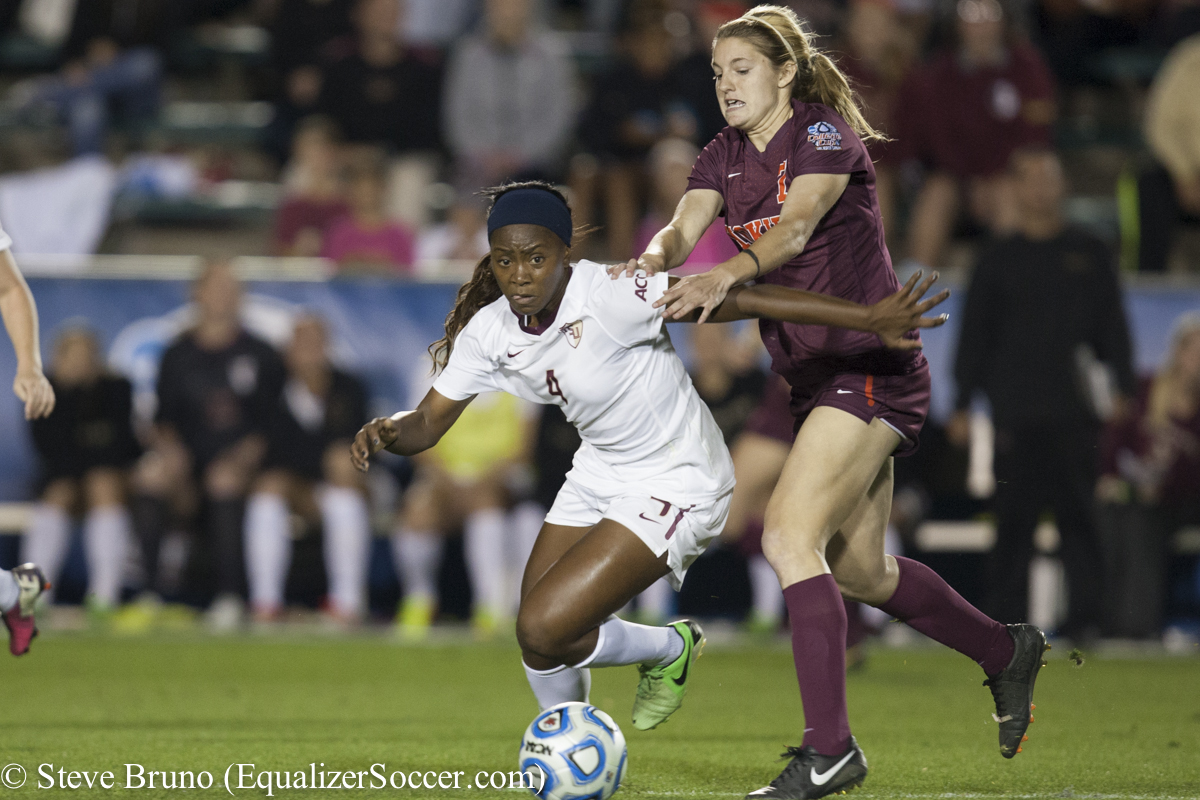 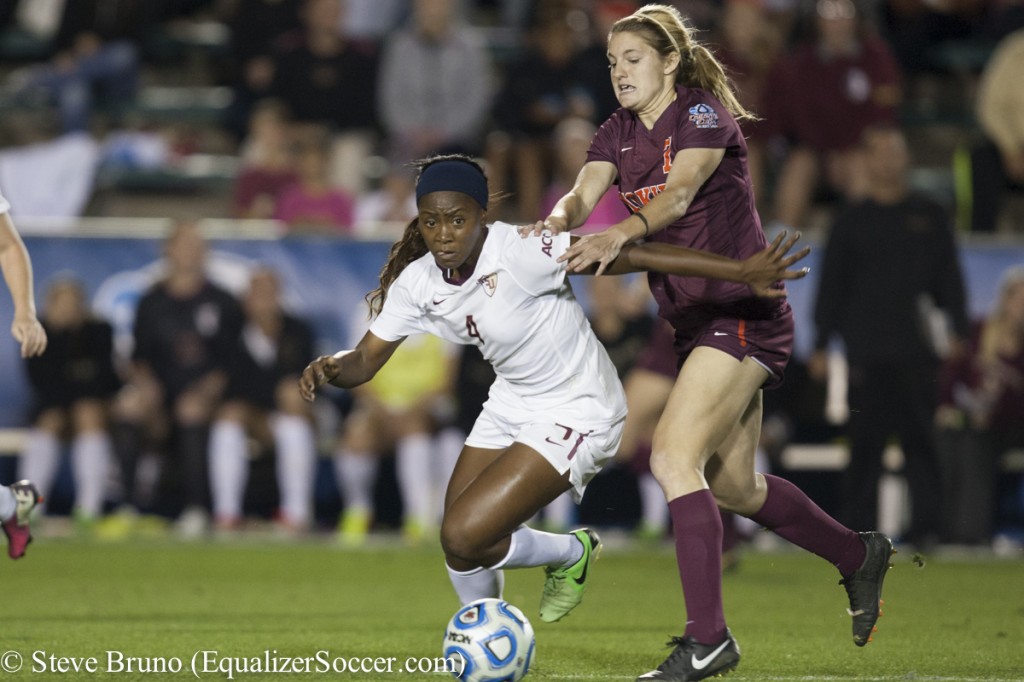 Jamia Fields scored twice to lift FSU past Virginia Tech and into the College Cup final. (Photo Copyright Steve Bruno for The Equalizer)

The Seminoles will play UCLA in the final on Sunday after the Bruins beat No. 1-overall seed Virginia in a penalty kick shootout in the second semifinal.

“It was one heck of a battle and sometimes in this game you have to have a little bit of luck,” Florida State coach Mark Krikorian said. “One of the words that has defined our season and our team has been perseverance, and we showed that again today.”

Fields scored the game-winner in the 84th minute on a cross that carried long and turned into a shot, bouncing off the far post, off Virginia Tech goalkeeper Dayle Colpitts and into the net for what was more accurately an own goal. It was the cruelest of ways to go out for VT, and it was FSU’s 17th goal of the season scored in the 80th minute or later. Fields says she’s “always going for goal,” when asked if it was a cross or a shot. 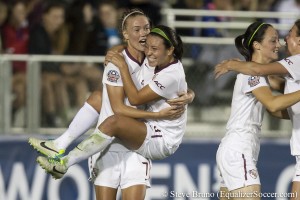 Virginia Tech took a surprising lead in the 32nd minute when Ashley Manning out-muscled All-American FSU defender Kassey Kallman and slotted the ball into the back of the net.

Florida State, however, equalized just minutes before halftime. Kristin Grubka’s diving header in the 42nd minute tipped the momentum in favor of the Seminoles heading into the break.

And that momentum carried into the second half.

A momentary mental lapse cost Virginia Tech when Megan Campbell utilized her long throw to toss the ball in from midfield nearly to the edge of the 18-yard box, where Dagny Brynjarsdottir collected it after a run behind the Hokies’ defense. The Icelandic player crossed the ball low to Fields for the lead in the 57th minute before scoring the winner just over six minute from time.

Brynjarsdottir missed from six yards out in the 72nd minute, failing to ice the game for FSU. It looked like that miss would prove costly, when Ashley Meier equalized in the 79th minute off a ball from Manning.

“I think it was a little bit more wide-open than the other games have been,” Krikorian said. “Certainly Chugger (Adair, VT coach) and his staff did a great job preparing for us and trying to put balls into the box and get on the end of them.”

That is exactly what they tried, Adair said.

“We wanted to make it a good match; we wanted to get after them in a number of ways,” he said. “We didn’t just sit in. We didn’t want to just sit in in our half and defend and look to counter. That’s not us.”

All-American forward Jazmine Reeves came agonizingly close twice for Virginia Tech, hitting the post in the 66th minute and smacking the crossbar with 66 seconds to play.

“Can’t get much closer than that, I guess,” Reeves said. “I had a couple half-chances and I tried to put them away and unfortunately it didn’t fall for us today.”

Reporting from Steve Bruno on site at the Women’s College Cup in Cary, N.C.