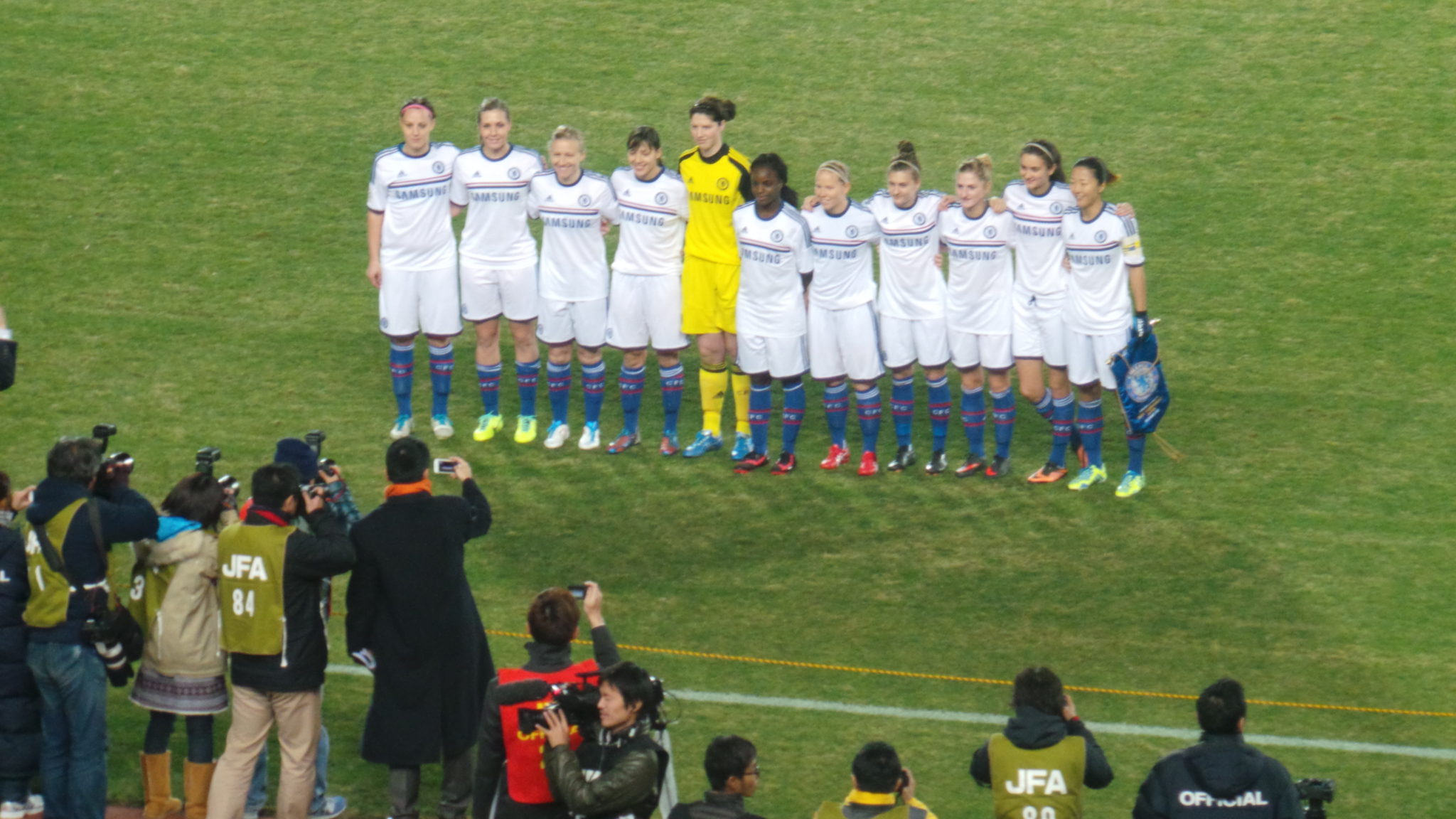 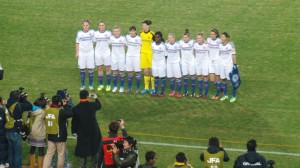 Chelsea Ladies are through to the Mobcast final after beating Sydney FC on Wednesday. (Photo Courtesy Chelsea Ladies)

Chelsea Ladies are through to the final of the Mobcast Cup after holding off a late surge from Sydney FC in a thrilling 3-2 semifinal victory on Wednesday. Chelsea will face Japan’s INAC Kobe Leonessa in the final after the home side handled South American champions Colo-Colo of Chile, 3-0.

Leading 3-0 late in their semifinal, Chelsea looked set to cruise into the championship game on Sunday. But Renee Rollason scored in the 75th minute on a free kick that beat Chelsea keeper Marie Hourihan from 25 yards, and Jodie Taylor added a second goal for Sydney six minutes later to make the English side uncomfortable.

Laura Coombs opened the scoring for Chelsea in the 36th minute and English international Eniola Aluko doubled the Blues’ advantage in the 52nd minute. Aluko finished a rebound after Japan international Yuki Ogimi, enjoying a homecoming of sorts during the Mobcast Cup, smashed a free kick off the bar. Ogimi scored what ended up being the game-winner in the 57th minute.

Taylor nearly put Sydney level after Aluko’s opener, but Taylor’s header bounced off the crossbar. The Australian W-League champions will face Colo-Colo on Saturday in the third place game.

American Allie Long, who joined Chelsea on short-term loan for the Mobcast Cup, started and played the full 90 minutes.

American Beverly Goebel, who led the league in scoring in 2013, opened the scoring in the 15th minute. Nahomi Kawasumi added a second goal in the 39th minute and Emi Nakajima iced the game in the second half.

Chelsea and INAC Kobe Leonessa now face off on Sunday (local time, Saturday at 11:10 p.m. Eastern) in the championship.