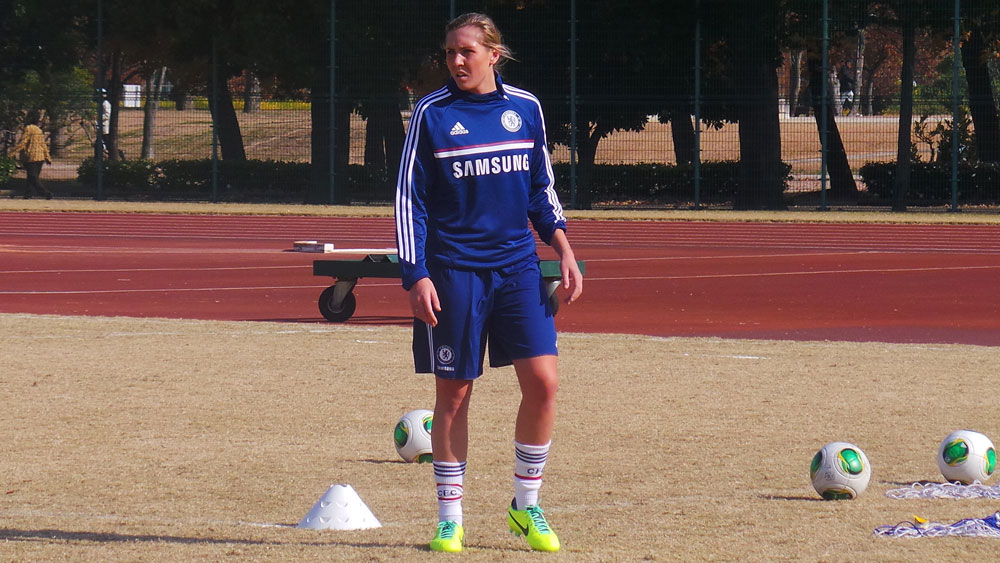 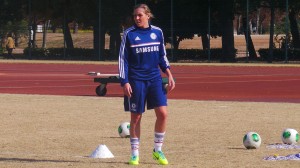 Portland Thorns FC midfielder Allie Long has joined Chelsea on loan for the Mobcast Cup in Japan, citing her need to keep in form throughout the NWSL offseason.

“I just want to get better and I know I need games to do that and right now we have six months off and training alone is hard so I wanted to get games with a good club in a good competition,” Long said, via Chelsea LFC.

Chelsea play in the semifinals of the Mobcast Cup – an international invitational club tournament – on Wednesday against Australian champions Sydney FC, who won the play-in game over Japan’s NTV Beleza on Saturday.

Long has eyes on the U.S. women’s national team and hopes that by playing in the offseason she’ll be able to catch the eye of coach Tom Sermanni. So when former WPS coach Emma Hayes – now Chelsea FC manager – came calling, Long couldn’t resist the chance to play for the Blues.

“To be successful in the national team you need to be playing well at club level so that is my aim,” she said. “I’ve not had a chance under the new coach but I think eventually I will get that chance and I need to keep working hard to make sure that happens. When it does I have to be prepared so that’s why I didn’t want to have an off-season and why I came to Japan.

“Tom hasn’t been in the job a year yet but he has watched some of our games in the NWSL and I hope he brings me in during 2014.”

Chelsea joined the Mobcast Cup after European champions VfL Wolfsburg could not commit to the tournament. The winner of Wednesday’s match between Chelsea and Sydney advances to the final on Sunday to play either Japan champions INAC Kobe Leonessa and South American champions Colo-Colo of Chile.

“They [Chelsea FC] have added four quality internationals for this tournament so they will be an extremely tough opponent,” Sydney coach Alen Stajcic said.