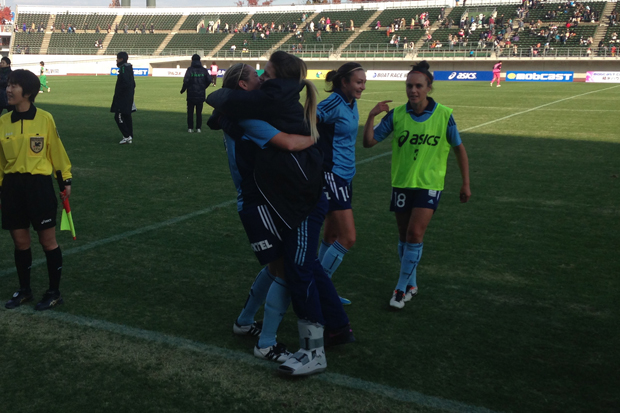 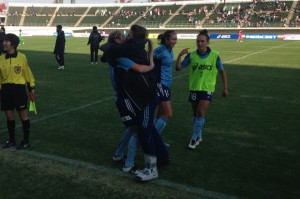 Sydney FC are into the semifinals of the Mobcast Cup. (Photo: Sydney FC)

The 2013 Mobcast Cup is underway, with Sydney FC winning the first round game to advance to the semifinals against Chelsea Ladies FC. Emma Kete’s 61st minute goal stood up as the only match in the Westfield W-League champions’ 1-0 win over Japan runners-up NTV Beleza.

“We take out a lot of confidence and knowledge that we deserve to be here, that Australian football can match it with the best around the world and that the Westfield W-League is a crucial part of the football landscape,” Sydney FC coach Alen Stajcic said.

The Mobcast Cup, hosted by Japan, is the closest thing women’s soccer has to a Club World Cup. There is one significant change to the field since it was initially reported: English side Chelsea have replaced European champions and treble winners VfL Wolfsburg, who could not commit to the dates of the tournament. It’s a significant blow to the tournament, losing the UEFA Champions League holders for Chelsea, who finished second from bottom in the FAWSL.

As reported by The Equalizer in October, Mobcast Cup organizers made contact with a NWSL club — and not champions Portland Thorns FC — over the summer, but no North American club committed to the tournament, the only main geographic omission.